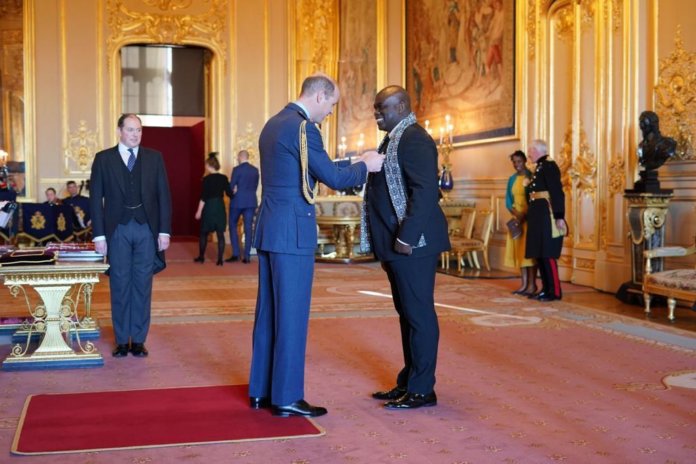 BBC One talent show judge, radio host and award-winning gospel singer, Muyiwa Olarewaju, has been awarded Officer of the Order of the British Empire in the Queen’s Birthday Honours List 2020. The vibrant performer is known to television audiences as a star of Songs of Praise’s Gospel Choir of the Year. He has been hugely instrumental in popularising the gospel music genre on a global scale by mixing traditional gospel music with elements from Africa, the Caribbean and Asia, with soul, R&B and pop. Given the honour for his service to music, Muyiwa has brought his unique style to music fans around the world as he’s toured with legends such as Stevie Wonder and Mariah Carey. He has worked alongside superstars Bob Dylan and Lauryn Hill.

Prince William handed the OBE medal to Muyiwa at the event on the 12th of January 2022. A delighted Muyiwa, said: “I am honoured to be the first in my genre to recieve such a wonderful recognition of my work and dedication over such a long period of time. I’m incredibly passionate about gospel music and playing a part in the genre reaching as wide an audience as possible. When you pour your heart into your passions, you do so because you love what you do and want to make an impact in not only your own life, but the lives of others. So to be recognized for it as well, especially on such a large scale is a great feeling. I am so proud to be recognized in the same year as our wonderful frontline and key workers, who went above and beyond during the coronavirus pandemic to serve the nation and are rightly seen as real-life superheroes,” Muyiwa added. “Like everyone else, I am grateful for their hard work and sacrifice.”

Muyiwa is the station director of the country’s best known gospel radio station Premier Gospel, which has an audience of 1.3 million listeners nationwide and he presents the popular flagship programmes Gospel Tonight and Worship Tonight to an audience of 500,000. He has also won numerous awards, including Best Presenter Oasis Awards; Best Radio Show and Best Contribution to Gospel Music at the Gospel Music Awards.
In addition, he is host of the TV show Turning Point, which has an estimated audience of 70 million globally.

With his group Riversongz, Muyiwa has sold out London’s Indigo2 and the Eventim Apollo – the first UK gospel act to do so. He has also played at the largest gospel music event in the world, The Experience, attracting a 500,000 strong audience and is the first-ever international act to perform on America’s popular entertainment channel, BET. The recognition is indeed a huge deal for Muyiwa, who comes from very humble beginnings, and has worked hard to make it in life, despite hardships. He says: “The work I do with my music, radio show and other platforms such as Turning Point all point to hope. I am a testament of surviving and thriving through difficult times, and I want to help others do the 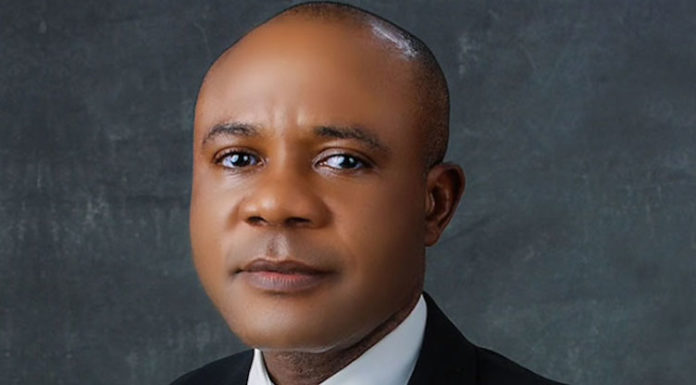