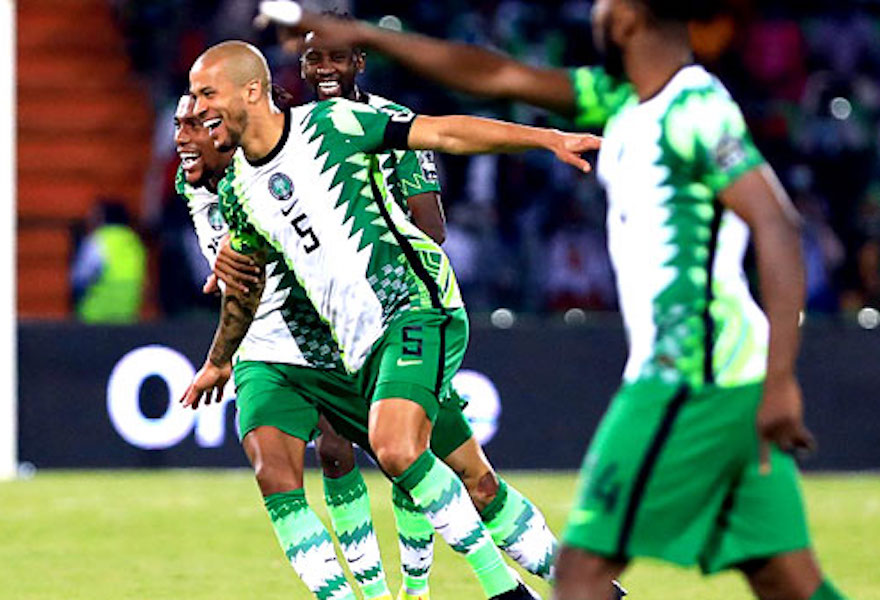 Despite making eight changes to the side that beat Sudan to seal their last-16, Augustine Eguavoen’s wards maintained 100 per cent win record to equal the same record set by the former Nigerian international as Head Coach of the team in the 2006 edition in Egypt.

Sadiq Umar opened the scoring shortly after the break in the 56th minute following a cross from striker partner Kelechi Iheanacho while Captain William Troost-Ekong sealed the win in the 75th after tapping past Guinea Bissau goalkeeper Maurice Gomis. Credit for the goal goes to fine work by Moses Simon.

Egypt’s Pharaohs picked the Group D other qualification ticket on six points after they defeated Sudan 1-0 in The Nile Derby in Yaounde.

That second goal took almost eternity to come as game officials spent minutes to verify if the Nigerian Captain was on offside before VAR overturned the referee’s decision to chalk off the effort.

Nigeria took the game to Guinea Bissau in the first-ever meeting at full international level between these two West African countries.

However, it was Guinea Bissau who got the chance to take the lead as early as the 10th minute, when Mama Balde went through on goal but brave goalkeeping by Francis Uzoho denied him the glory.

Semi Ajayi headed off target in the 15th minute from a corner by Kelechi Nwakali, before Sadiq Umar threw away the best chance of the first half in the 24th minute, when he came face-to-face with the Guinea Bissau goalkeeper, but poor decision making meant he failed to pull the trigger.

The Eagles continued to create the better chances as Iheanacho’s shot from inside the box was held firmly by the Guinea Bissau goalkeeper.

On the stroke of halftime, Jorginho shot off a defensive clearance by Nigeria defence was wide off the target.

In the final moments a blistering counter attack between Peter Olayinka and Moses Simon split open the Guinean defence, but somehow the final ball crashed against the sidenetting.