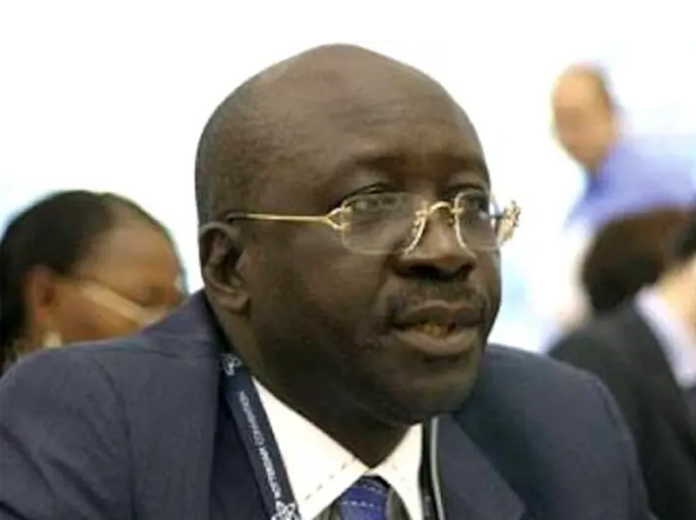 The National Chairman of the Peoples Democratic Party (PDP), Dr. Iyorchia Ayu, has called on Nigerians to keep faith with the party, saying that PDP will produce the next president of the country, come 2023.

Ayu gave the assurance at the gala night hosted by the Rivers State Governor, Nyesom Wike, for PDP governors at the Government House, Port Harcourt on Sunday.

He maintained that the current inept rule of the All Progressives Congress (APC)-led federal government has pulled the country backwards economically.

The PDP national chairman emphasised that the APC leadership has been unable to harness the rich diversity of Nigerians into better fortunes that should strengthen the bond of brotherhood and promote peaceful coexistence.

“Unfortunately, a very poor leadership has presented Nigeria at home and abroad as an extremely divided country.

Ayu also enthused that Nigeria will bounce back again with the PDP at the saddle because the project of rescuing the country and making it great is realisable.

The PDP national chairman stated that the expected leadership they will offer at the national level will change the negative characteristics associated with the APC that have been used to deepen the divide among Nigerians.

“The PDP will definitely produce the next president and take the country back to the days when we were in power, when we cleared all foreign debts, when we were developing this country at reasonable speed.

“When we became the richest country on the African continent. But today we are the poverty capital of the world. All that will change,” he said.

In his welcome address, Governor Wike said the gala night event is a pride to the usual meeting of PDP governors that is rotational.

He stated that such meetings have always been used to discuss salient issues of the economy, political and others that borders on how to chart a virile Nigerian society.

“It has been a ritual for PDP governors to gather and meet and discuss the welfare of the party. And this has been rotating from one state to the other,” he said.

On his part, the Chairman of PDP Governors Forum and Governor of Sokoto, Alhaji Aminu Waziri Tambuwal, said the PDP governors and other party leaders are already working in synergy towards rebuilding the party.

He said the focus is to rescue Nigeria, which will also require all Nigerians of goodwill to join force with the PDP, to achieve that goal.

“All Nigerians of goodwill who believe in this country, who believe Nigeria is going the wrong direction, ought to join us.

“And like I always say, there are two divides in Nigeria today. Those who are happy with the confusion because they are benefiting from what is happening at the centre, and those of us who are truly patriotic enough to disagree with the way our country is being governed and being run.

“I appeal and beseech every Nigerian, even those in APC that are patriotic enough to join hands with us as we continue to march towards rescuing Nigeria together.

“I believe it is our responsibility to do so, not for ourselves but for our younger ones and generation unborn,” he said.

Also in attendance were the Deputy Governors of Rivers and Zamfara, Dr Ipalibo Harry-Banigo and Mahdi Gusau; PDP national secretary, Senator Sam Anyanwu, and several others.