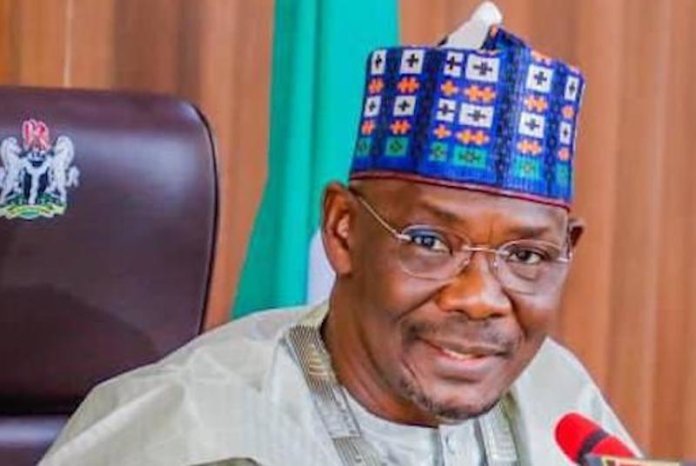 The governor of Nasarawa State, Abudullahi Sule, has inaugurated the construction of a N30 billion Nasarawa Technology Village in Aso Pada, Karu Local Government Area of the state.

The Technology Village project, which comprised of 1,962 housing units estate, technology hub and other facilities is being executed in collaboration with an indigenous firm, ABS Blueprint Consortium, under a Public Private Partnership (PPP) arrangement.

When performing the ground breaking for the project, Governor Sule said it was in line with his administration’s development roadmap in the area of housing, technology, employment and industrialisation.

He expressed delight with the project being executed by an indigenous consortium, saying it was in line with his administration’s vision of development of the people and the state.
The governor, however, explained that the project was fully funded by the private partners in the consortium.

According to Yamusa, the village would have a technology hub with offices for local and international IT companies the for training of more that 2,000 students annually as software engineers, who would be helped to outsource jobs globally that could earn them as high as 3,000 US dollars monthly.

Other features of the technology hub, according to the ABS Blueprint Consortium MD, “include ICT campus with shared virtual workspaces and an estate-wide Broadband coverage through fibre optic cabling.”

He added that the village would also have 5MW independent gas power plant, primary and secondary school, health clinic, fire station, police post, shopping centre among other
Yamusa continued that the housing component of the project alone was N22 billion, while the other features including the independent power plant would gulp about N8 billion.

In his remarks, Managing Director of Nasarawa State Investment Development Agency (NASIDA), Ibrahim Abdullahhi, said that Governor Sule had so far attracted over 500 million US dollar investment to Nasarawa State across different sectors.

Abdullahi said the development of the Nasarawa Technology Village was in furtherance of Sule’s economic development strategy for the state.

“The goal is to leverage the proximity of the state to the Federal Capital Territory (FCT) to create different technology clusters and to developing a technology-driven economy. There is a deliberate effort to make Nasarawa State a top investment destination not only in the country but in Africa,” Abdullahi maintained.