The Aare Ona Kakanfo of Yorubaland, Iba Gani Adams, has stressed the need for the country to be restructured into different regional governments in order to ease the socio-economic and security challenges affecting the country.
In view of this, according to him, this would reduce all the agitation for secession from various ethnic groups in the country and also allow for a favourable competition and true cohesion among regional areas.
He stated this in Lagos at a press conference as part of activities to mark his 4th installation anniversary as the 15th Aare Ona Kakanfo of Yorubaland, adding that on their demands on regionalism, the federal government and political players would pick either regionalism or secession.
Answering questions on security issues that the government has been working hard to ensure stability, Adams noted that the issue can only be sorted out by proper true federalism as stated in the 1960 Constitution.
According to him, “They have to pick one. If you do not want the country to break up, you have to restructure this country into different regions. The agreement that brought us together as a country in 1960 is true federalism-that every region would develop at their own pace.
“There is no way you can have effective security without restructuring if the Nigerian police say they will recruit millions of policemen, we are just deceiving ourselves.”
If you are thinking of recruiting millions of army, airforce, navy and SSS personnel, you are deceiving yourself; the people in the locality know their environment better than anybody.
“When you have a regional government, they will be a coordinating factor among all state governors. We have practiced this before and it was working as there was healthy competition in terms of development across all sectors in the three regions with Midwest and Middle belt coming later. What we are doing now cannot give you a healthy competition because we have about 200 million people with more than 300 ethnic nationalities. It cannot work.”
On the 2023 general election, Adams hinted that he was not ready for now until the government in power resolves the issues on ground by restructuring within the one year and four months left.
He said: “Let us restructure this country to regions, by then, about 75 percent of our resources will be used to develop our own region; we can give 30 or 25 percent to the federal government at the centre.
“I have witnessed so many transitions, elections, and I realised that Nigerian politicians are the same, so I cannot allow myself to be deceived anymore because I have seen Nigerian politics as a business enterprise. Nigerian politicians will look for money to buy people to vote, and they would now make 100 percent of the money they invested in that election.
“In that regard, I don’t think we can have a great country called Nigeria if there is no dichotomy and if the system does not change. We are deceiving ourselves.” 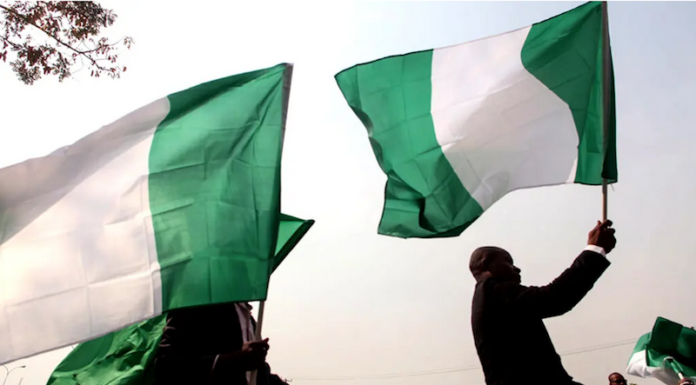