As political activities leading to the 2023 general election gather momentum, the governorship ambition of Senator Gershom Bassey of Cross River State to emerge as the next governor of the state has gathered some tonic in the central senatorial district of the state following his endorsement by some Peoples Democratic Party (PDP) leaders as well as community leaders from the area.

Apart from expressing support for Bassey, who represents the Cross River South senatorial district, the political stakeholders, who also aired their views on the zoning of the PDP governorship ticket, said it should be zoned to the South based on precedents set since 1999.

While Bassey is a proponent of zoning, Onor holds strongly to the view that any politician from any of the three senatorial districts-South, Central, and North-who is desirous of becoming the state governor in 2023 is free to aspire and contest.

Speaking at a political event held in Ikom at the weekend, the member representing Ikom/Boki federal constituency, Mr. Chris Agibe, said the PDP laid a successful democratic administration for Cross River State since 1999 to 2015, when a mistake of the present administration was made.

Agibe said all the local government areas of the state would endorse and vote him for governor in 2023.

Also, the Ikom Women Leader of the PDP, Mrs. Justina Enya Ndoma, declared that Ikom “is totally sold to the South agenda, and our project is Senator Bassey in 2023.”

A former representative of Abi/Yakurr federal constituency and former Speaker of the Cross River State House of Assembly, Rt. Hon. Bassey Ewa, lauded the Ikom PDP family for the warm reception given to Bassey and his team.

Ewa said Bassey has been part of the past two administrations of the state which did remarkably with giant strides, and “I admonish you to support the #Back-to-South agenda and Senator Bassey for governor.”

Also, a former Attorney-General and Commissioner for Justice in the state, Mr. Attah Ochinke, who is a PDP stakeholder in Boki, acknowledged that Ikom people stood by the past two administrations which Bassey was part of from incubation to their entire tenure.

Ochinke, who is the current chairman of the Nigerian Bar Association (NBA), Cross River State chapter as well as a founding member of the PDP, said zoning arrangement in the state chapter of the PDP existed from the outset.

He said: “Zoning has been a culture of the PDP which has kept Cross River State in peace, fairness and tranquility, and the same zoning has benefited the people of Ikom, and so the people should support Bassey to deliver optimum governance to Cross Riverians.

“Zoning simply means turn by turn, and who ever turn it is should be allowed to benefit from the arrangement.”

The PDP Youth Leader in Etung Local Government Area, Assam Mbe, said the youths of Etung are all in support Bassey to become the governor of the state.

He appealed that the youths of Etung should be captured in his development blueprint if he becomes the governor of the state in 2023.

The Etung chapter Chairman of PDP, Mr. Kajang Obaji, said he and the Etung people rejoiced over the coming of Senator Bassey to Etung, and assured him of firm support from the people so that PDP would take over the state and the mandate of the party be restored.

Similarly, the Obubra PDP chapter Women Leader, Mrs. Felicia Bassey, welcomed the senator and his team, and assured him of the support of the women and their stand on zoning, but, however, appealed for the Obubra women to be included in his administration as governor of the state.

On his part, the Paramount Ruler of Ikom Local Government Area, Ntol Peter Njul Eku, while receiving Bassey, said they have taken a position to support the zoning of governorship to the southern senatorial district, as they had previously unanimously met with the leaders of the central and the state Governor, Ben Ayade, when he was still in PDP, to decide the issue of zoning in 2023. 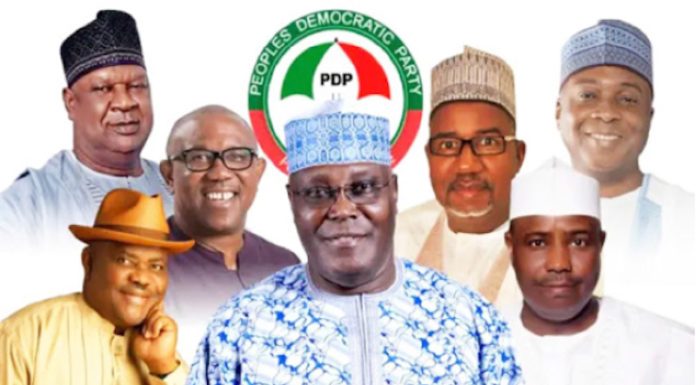