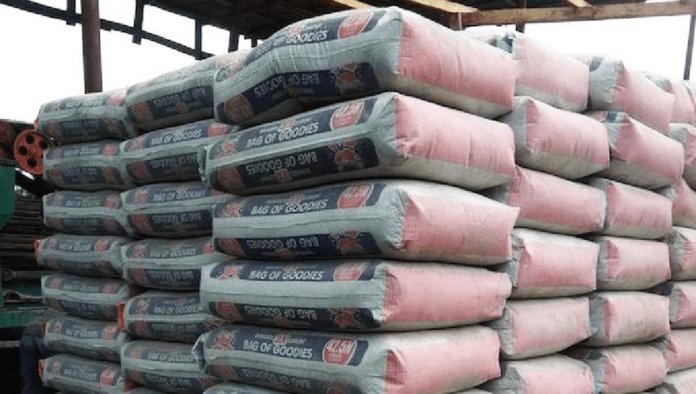 In the past two years, Nigerians have had to endure the persistent increase in the price of cement with the attendant hardship it brings to bear.

The retail price of the commodity has risen more than 177 per cent from N1,800 to N5,000 as currently witnessed in parts of the country.

In January last year when the commodity sold for about N3,800, the federal government while lamenting the rising prices, attributed the upward price movement to production challenges, adding that it was engaging stakeholders in the industry to address the issue.

Cement prices had since risen by over 50 per cent, despite the assurances by the government to arrest the situation, thereby raising concerns by Nigerians.

The Minister of Industry, Trade and Investment, Mr Niyi Adebayo, had ,urged the public not to embark on panic buying and storage of the product as the current market price was temporary.

He said that discussion between the government and cement manufacturers was being ramped up to meet the increased demand for the commodity.

Nonetheless, the retail price of cement in Abuja and its environs is currently at over N5, 000.

The minister had blamed the hike in the price of cement on reduction in production volumes in the second and third quarters of 2020 as a result of the COVID-19 pandemic, the EndSARS protests as well as downtimes in some manufacturing plants.

Adebayo said the development affected the volume of stockpiles in the supply chain due to the reduction of cash flow to major distributors as well as the high cost of transportation.

He further observed that there had been a massive build-up of demand from public works contractors as they strive to meet milestones and deadlines on projects across the country.

He further assured the public that government would continue to be on the alert to its responsibility of ensuring goods and services are available at reasonable prices.

But one year on, amidst economic recovery and normalisation of business activities, the government is yet to assuage the concerns of

Nigerians by finding a lasting solution to the rising cement prices in the country.

Analysts believed the trend could hamper efforts to close the existing housing deficit as well as lead to the abandonment of ongoing construction projects by both public and private individuals because of the high cost of the commodity and associated building materials.

But many Nigerians do not make sense of the regular price increase as they described it as arbitrary, arising from the near-monopoly of the industry by a few operators.

Many are particularly not comfortable with the price increase given that the key raw material for cement production namely limestone is sourced in the country and is in abundance.

However, analysts believed the scenario represented a typical case of market forces at play to regulate demand and supply. Sources have attributed the increase in the price of the commodity to the difficulty in accessing foreign exchange, the cost of production and infrastructural issues among others.

However, some Nigerians believed government intervention remained critical to solving the problem while others also recommended a subsidy to help the ordinary Nigerian own a shelter as various many projects are currently being abandoned as a result of rising cement prices.

They argued that things could only become worse if prices are continuously determined by capitalists who are bent on taking advantage of price movements.

Experts, however, believed that increasing the number of operators in local cement production could help stimulate healthier competition which would impact downward price movement.

In July 2021, Chairman of BUA Cement Plc, Alhaji Abdul-Samad Rabiu, harped on the need to boost cement production to tame the insatiable and sustained demand for the commodity which had led to exorbitant prices in recent times to detriment of builders and potential homeowners.

The BUA chairman said more operators were needed in the cement industry, adding that the quantity of cement produced by BUA, Dangote and Nafaj could not meet the demand considering the country’s highm population.

He further stressed that currently, the three cement companies produced about 30 million tonnes per annum hence the need to have more players to reduce prices.

Rabiu said though more players would mean more competition for BUA, it was nonetheless in the best interest of the country. He emphasised the need for the federal government to encourage more investors into the sector to meet the cement demand of Nigerians.

According to him, “The high price of cement is of great concern for me, the price is high. We are 210 or 220 million people, 30 million tonnes of cement per annum is low for us.

“No one can control the price because it depends on demand and supply.

We are trying hard to ensure the price is not as high as it is now. “Nigeria is growing with a huge economy, we need more plants on stream to cater for the rising demand of cement in the country.

country sells one of the cheapest prices of cement on the continent.”

Meanwhile, analysts who spoke with THISDAY over the development said addressing the concern would require the government to provide tax incentives to operators as well as create an enabling environment for new players to participate in the industry. They also called for the implementation of key sections of the National Housing Policy.

Managing Director/Chief Executive, Dignity Finance and Investment Limited, Dr Chijioke Ekechukwu, noted that the force of supply an demand would always determine prices of goods and services including cement in the country.

However, he said the government can use moral suasion to solicit for a stable price from the near-monopolies.

Ekechukwu, while providing reasons for the current price hike said: “Some years back, Nigeria had many cement companies. This led to stiff competition and price wars.

“Today, we have a near-monopoly in the same sector where the price of cement is determined almost by one company who determines supply and price in the market.”

He said, “Cement however is not the only building material with a high price in the market. All buildings materials have increased in their prices by almost double in the last two years.

“Government can use moral suasion to solicit for a stable price from the near-monopolies.

“I don’t expect any more subsidy in this area. Government should also create enabling environment for more cement companies to come in and offer them tax waivers for their first five years.”

Also, Managing Director/Chief Executive, SD&D Capital Management Limited, Mr Idakolo Gbolade, said the rising prices of cement which is a major component of the building is alarming given that it has increased the cost of building constructions alongside other components like iron and sand to about 25 per cent.

This, he said, is presently affecting the prices of buildings initiated by both the government and private sector developers.

He said, “The housing plan to accommodate ordinary workers andm Nigerians alike has moved beyond the reach of this category of people who depend on the minimum wage to own a property.

“This development could be attributed to the government loss of control as regards major producers of cement ie Dangote Cement and BUA Cement who have taken advantage of government slackened policies to determine prices in conjunction with their major distributors to the detriment of the people.”

Gbolade urged the federal government to implement key sections of the housing policy to resolve rising cement prices and convene a meeting of major stakeholders to ensure that the deliberate and unwarranted increases in the commodity price are brought under control.

He said, “The government also needs to increase competition in the sector by ensuring other manufacturers are licensed to produce cement to force down the prices of the product.”

So far, the federal government has failed to rein in the rising prices of cement in the country, despite earlier assurances to helpless Nigerians.