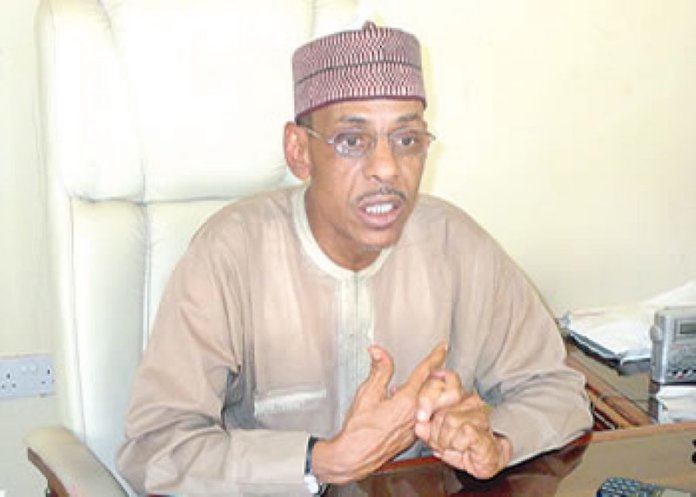 The Northern Elders Forum (NEF), has said that northerners will not want another Buhari again in 2023.

NEF’s Director, Publicity and Advocacy, Dr. Hakeem Baba-Ahmed, said this in an interview with journalists during a meeting of Northern Leaders of thought on Saturday in Kaduna.
He said Nigerians, especially northerners will go for the best candidate, whether he or she is from the north or south.

Baba-Ahmed dismissed calls by some groups that the Presidency should go to the South, describing such agitations as “command democracy.”

He said Nigerians, especially northerners did not bargain for the current economic and security challenges under the Buhari administration, saying that the North’s support for Buhari in 2015 and 2019 was a mistake which should not be repeated in 2023.

Baba-Ahmed said, “Northerners were told that if Buhari becomes president, the country would be secured, he will fight corruption, the economy will improve, but now we are worst! This is not fiction.

“This is not propaganda, it is not fiction, it is a fact on the ground”.
He lamented that there were millions of Internally Displaced Persons Camps (IDPs) in the north west, where Buhari comes from as a result of deadly activities of bandits, but the government was refusing to admit it.

“They are refusing to accommodate this view and consider the fact that we have internally displaced people.

“This is not the Nigeria that we voted for President Buhari, so he is a disappointment and that is why we are calling on Nigerians, particularly, northerners to be very careful, don’t repeat the same mistake again.

“Choose a northerner if you want, but please make sure he is the best among those that are available, including candidates from the South,” the NEF spokesman said.
The Presidential candidates should have a team to work with to be able to articulate their vision.

“Don’t just come to us like Buhari did in 2015 and 2019. We want to vote a team. We want a President who will have a team ready to transit with them to form a government.

“We don’t want a President that will take six months thinking about who will run his government. We want to do things differently otherwise the north is doomed and this country is doomed”, ”, Bana-Ahmed said.

He said those saying political parties should not field northern candidates are not democrats.

“This is what they will call command democracy. It is a very primitive politics and retrogressive,” he said, and urged “real politicians”from the Southern part of the country to enlighten those making such demands.

Speaking further, he said it was wrong to tell a whole part of the country not to contest.
“You threatened that any political party that fields a northern candidate should not be voted for. “There is nothing like that in the constitution. It is sad that some people will be speaking in this manner. “What we said to them is that the democratic processes will not be restricted to satisfy them.

“Nigerians should decide who they want and that is our position which has remained consistent.

“These people making this kind of statements are clearly not intending to contribute to the quality of our democratic process, they want to destroy the democratic process.
“A northerner and a southerner have equal rights to contest.

“Northerners should be very careful in choosing who they vote for.
“That is how we ended up with President Buhari. We don’t want to repeat the same mistake.

“We are looking for a Nigerian President. If he comes from the north, fine, but he must be voted for by Nigerians”, he said.

Earlier in his keynote address titled “Rebuilding the North”, Baba-Ahmed said those who were voted into power had turned their backs on the people who voted for them.

According to him, the democratic system progressively benefits only a handful of leaders and politicians who have abandoned the people.

“We have decaying value systems that breed evil such as corrupt leaders, armed criminals and drug pushers, and encourage cheating and corruption as the only means of getting what we need.

“We have a huge population that is sinking into poverty and desperation in a harsh and unforgiving world”, he said.

He said, “Every indicator suggests that things will get considerably worse in the near future.

“Cost of living will rise and compound the wretchedness of the poor. Armed criminality will continue to determine how we live and die, even if it could be defeated at some future date.

“Our political process will feed widespread violence as political competition pumps up every one of our demons to escort individual political ambitions.”

He lamented further that the North faces two distinct choices: atrophy and destruction, or recovery and growth.

He said the the North needs a major shift in its elite selection processes, which will allow it to put competent, honest and visionary leaders in power at all levels.

Also in his opening address at the event, the convener of NEF and former Vice Chancellor of the Ahmadu Bello University, Prof. Ango said the North had always been the kingmaker in Nigerian politics.

“I heard somebody boasting some few days ago that he was a kingmaker and now he wants to be king, well the North has always been the kingmaker politically in Nigeria and nobody else, it is not a matter of arrogance, that is the reality and it has not changed” Abdullahi said, apparently referring to Asiwaju Bola Tinubu, the National leader of the ruling All Progressives Congress (APC) who recently declared his presidential ambition.
Tinubu is touted to be a kingmaker.

Abdullahi lamented that Nigeria was going through many challenges, saying that the NEF meeting will proffer practical solutions.

A communique issued at the end of the meeting decried the security situation in the North and urged President Muhammadu Buhari, governors and legislators to revisit and re-prioritize spending on security as well as address the scourge of poverty.

The communique signed by former Vice Chancellor of Plateau State University, Prof. Doknan Shenni, maintained that the fundamental rights of all political parties to field candidates of their choices, and the right of voters to freely exercise choices over who leads them should not be compromised.

The communique maintained that “Northerners had equal rights to aspire to all offices but they must raise competence, evidence of personal integrity and commitments to the rule of law above all other considerations.

The communique lamented the desperate poor economic condition of most Northerners poses additional threats to security and the democratic process and urged leaders to avoid pushing the population into deeper poverty and desperation amid challenging economic policies and lack of empathy.

It advised the federal government to postpone the planned 2022 National Census in view of ⁹ large numbers of displaced Nigerians and the proximity of the census to the 2023 elections.

It urged the national and state assemblies to prioritize constitutional amendments currently being processed.

It further called on President Muhammadu Buhari to assent to the proposed amendments to the Electoral Act, as this will improve the quality of elections, starting from 2023.

The communique called on key Northern groups to engage their Southern counterparts to improve understanding, lower tensions and contribute to the creation of an atmosphere that allows all Nigerian to live in peace with each other;
They noted the ethno-religious diversity in the North, “which is a source of strength that should be celebrated.”

The communique said education in the region had never been more imperiled than now as a result of insecurity and called on the states and federal governments to protect all schools and rescue all children still in captivity by bandits and insurgents.