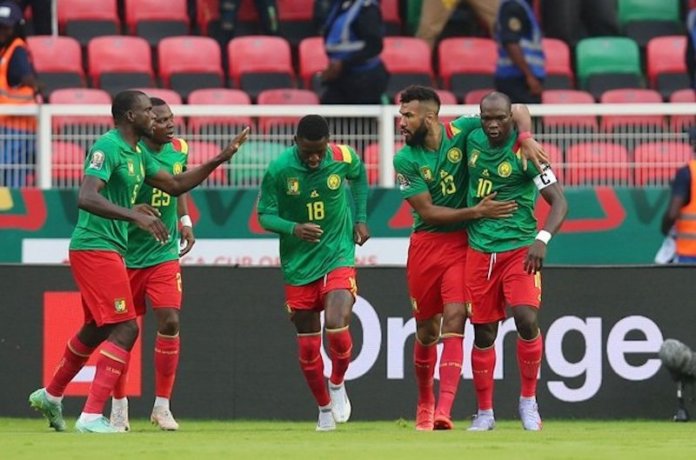 The win saw the Indomitable Lions, who are placed at the top of the Group A standings, become the first team to reach the knockout phase of this year’s tournament after producing a brilliant second-half performance, while Walia Ibex remained fourth on the table.

Widely considered to be the underdogs, Walia Ibex took a surprise lead just four minutes into the match as Dawa Hotessa fired past goalkeeper Andre Onana to make it 1-0 to Ethiopia – turning home a lovely cross from the right which was delivered by Amanuel Gebremichael.

However, parity was restored by the Indomitable Lions four minutes later in a high paced match. A well weighted cross from Collins Fai was headed home by Karl Toko Ekambi at the back post to make it 1-1 – much to the delight of the Cameroonians fans inside the stadium.

Ethiopia were playing without any fear against the five-time African champions. Onana was forced to make a save from the troublesome Gebremichael’s low effort and Hotessa couldn’t make contact with the ball from the rebound, and the Indomitable Lions cleared their lines.

It was end-to-end stuff as the game approached the half-time break. Ekambi hit the post with keeper Teklemariam Shanko well beaten and almost immediately at the other end, Gebremichael was superbly denied by Onana and the score was 1-1 at half-time.

A half which was dominated by the tournament hosts followed. Fai grabbed his second assist of the match when his delightful cross was headed home by his captain Vincent Aboubakar to hand Cameroon a 2-1 lead just eight minutes into the second-half.

The Indomitable Lions were soon 3-1 up and it was Aboubakar again with his fourth goal of the tournament having netted twice against Burkina Faso on Sunday. This time Aboubakar turned home a low cross from Nicolas Moumi Ngamaleu to extend Cameroon’s lead five minutes before the hour-mark.

The Cameroonians were running riot as Ekambi grabbed his brace in the 67th minute. The Olympique Lyonnais striker was through on goal by Martin Hongla and he cut inside before firing past a hapless Shanko to seal Cameroon’s emphatic 4-1 win on the night. 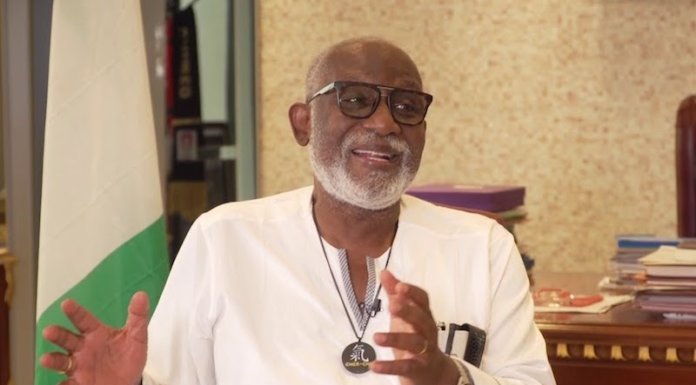