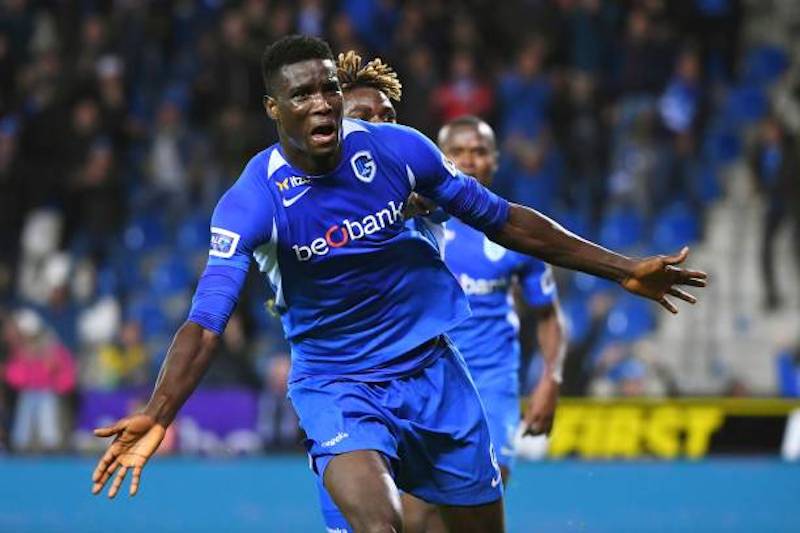 Nigeria’s leading scorer in Europe this season, Paul Onuachu, is a major doubt for January’s Africa Cup of Nations finals in Cameroon.

The 27-year-old suffered a hamstring injury during Genk’s 1-1 draw with Royal Antwerp in Belgium on Sunday night.

Genk have not put an exact timeframe on his return but Onuachu has been ruled out for up to four weeks, with the Nations Cup set to kick off in 19 days’ time.

“He suffered a muscle tear. I already had the feeling that I had to replace him, but he said he could continue,” Genk manager, Bernd Storck, told Belgian newspaper Sporza.

“And then he suffered a hamstring injury during a spurt. He will not be able to play for the next three, four weeks,” Storck revealed yesterday.

His injury is another blow to Nigeria ahead of the tournament, which begins on 9 January, as the Super Eagles sweat over the availability of Napoli’s Victor Osimhen and Watford midfielder Oghenekaro Peter Etebo.

Onuachu, who has scored 12 league goals so far this season, was almost certainly going to be on the provisional squad list of interim Nigeria coach Austin Eguavoen.

His injury could mean that in-form Union Berlin striker Taiwo Awoniyi and Emmanuel Dennis of Watford are named in the preliminary squad.

Super Eagles are to start their Nations Cup Group D campaign against seven-time champions Egypt on 11 January in Garoua before facing Sudan four days later and Guinea-Bissau on 19 January.