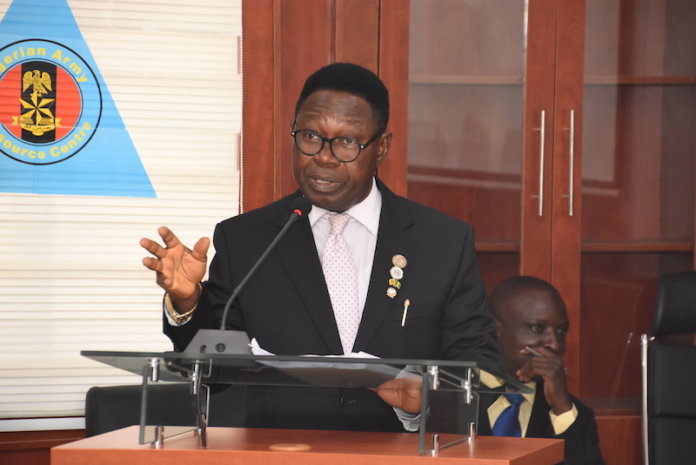 With the increasing rate of corruption and hostility in the society, which has filtered into the education system with grave consequences, experts have called for reorientation across the board, stringent punitive measures in schools, and the overhaul of the curriculum to integrate morality education at all levels. Uchechukwu Nnaike reports

The focus of insecurity and violence in schools seems to have shifted from the bandits and insurgents’ attack on schools and abduction of students.
A teacher at Army Children High School, Epe, Lagos, Ahmed Saheed, was reportedly shot dead by one of his students who he flogged. Also, a final year Microbiology student of the University of Ilorin, Salaudeen Waliu Aanuoluwa, allegedly beat a female lecturer, Dr. Rahmat Zakariya, to a coma over a minor disagreement.

Another case of unruly behaviour by students made the Ogun government direct 12 schools proceed on compulsory holiday from November 30, ahead of the December 10 vacation date. Students of the affected schools were said to have engaged in riotous behaviour, including physical assault on teachers and fellow students.
The most disturbing case of a violent attack is that of the late Sylvester Oromoni of Dowen College, Lagos, who five students allegedly assaulted for refusing to join a cult. Unfortunately, the incident claimed the boy’s life.

Several cases of bullying go unreported, especially in primary and secondary schools. Research shows that more than one out of five students report being bullied in their lives. Victims of bullying suffer physical, emotional or psychological trauma, which can lead to depression, and in some extreme cases, suicide.
The moral decadence in the education system manifests in other forms like cultism, examination malpractice, sex for grades, sexual assault, indecent dressing, among others.

Student cultists wreaked havoc in universities for many years through constant clashes among rival groups. Their activities always led to the loss of lives and destruction of property and disruption of the academic calendar.
Cultism has also filtered into secondary schools, perhaps to groom the teenagers for membership of university cults.

In some cases, sexual assaults are perpetrated by teachers and lecturers. There have been several cases of primary and secondary school teachers sexually abusing minors under their care. In higher institutions, some lecturers are notorious for demanding sex for grades. They frustrate students who are bold enough to refuse their advances by making sure they spend extra years retaking a course.
Several factors are responsible for the rate of immorality and violence in schools.

Delivering the Faculty of Arts Distinguished Professor Lecture Series of the University of Lagos titled ‘Is It Leadership or Character?, Prof. Jim Unah stated that the reality of modern-urban living has made parents transfer their responsibility to specialised institutions.
He added that the responsibility has also been unintentionally transferred to the media in recent times.

“The former, that is, in the reconstructed, semi-conscious process of transference, attention was given to the intellectual aspect of a child’s development to the utter neglect and detriment of the moral side, which got ( and still gets) little or no mention in the curriculum of modern African schools,” the university don said.

Consequently, he said the country now has a generation of largely intelligent young people who are morally hollow.
“When, therefore, these younglings mature and rise, by virtue of their intelligence, to become political and business leaders, they are unable to be upstanding morally against the alluring blandishments of nepotism, corruption, and official graft.”

A school director, who spoke on the condition of anonymity, blamed parents for some of the negative attitudes that children bring to school. He said about 50 per cent of parents are permissive parents with bad parenting styles whose notion about discipline differs from that of the school.
He also attributed the moral decadence to absentee parents who think their only duty is to pay their children’s school fees and other school supplies. The director said the school would do its best to train such children whose behaviour has been shaped by their exposure to the internet, peer group, and domestic staff.

To win the war against moral decadence and violence in schools, experts say parents have the bulk of the responsibility because, as their children’s first teachers, they must instil the right values in them in their formative years.
Parents are also advised to participate in all activities at their children’s school and inspect and assess their academic performance at all times. Whenever any change is noticed, they should find out the reason for the change and work with the school to help their children out of any challenge they may be facing.
Other educators also called for close monitoring of students’ activities, especially in boarding school hostels where most violence happens. CCTV cameras should be installed, and reported cases of bullying or any form of maltreatment by fellow students should be properly investigated, and the culprits punished accordingly.

Stakeholders have also suggested periodic value reorientation programmes for all staff and students at all levels of education. This programme, they said, should be reinforced by taking an oath to always be of good conduct and for the institutions to take the necessary action against them when their actions contradict the oath.

Schools were also advised to have adequate measures to ensure that students only use the internet for educational purposes.
On his part, Unah called on philosophers, scholars and researchers to arise and take the teaching of moral character to the primary and secondary schools.
He insisted that the introduction of virtue ethics inclusive of creative, logical critical thinking that promote sound moral character into schools curriculum should become an imperative and a UNESCO benchmark for developing African societies.