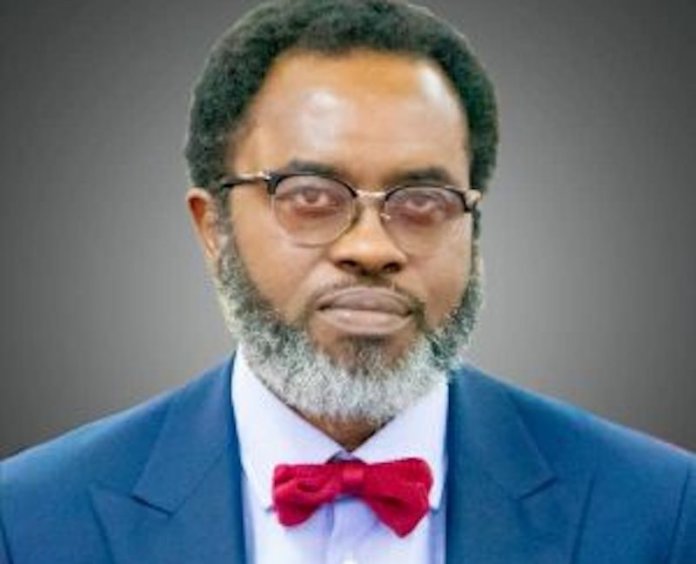 Moyosore Onigbanjo (SAN) is the Attorney General and Commissioner for Justice in Lagos State. In this interview with Arise Television, the senior lawyer bares his mind on the controversies surrounding the report of the Judicial Panel of Inquiry (JPI). Onigbanjo insists that the report of the panel remains inconsistent, saying that to clear all doubts, the government will soon make the full document available to the public. Emmanuel Addeh presents the excerpts:

The white paper panel on the investigations into police brutality and the killings at the Lekki Tollgate has revealed that it was full of inconsistencies and contradictions and to that extent, that some of the recommendations are unacceptable.

The key one was the white paper saying that there was no massacre in context, as submitted by that particular panel and that it is not true that nine persons died. Do you want to take us through some of those inconsistencies and contradictions before we begin to look at the recommendations?

The position of Lagos state government is based entirely on the report submitted by the panel itself.

We went through the report, and we saw that the judicial panel said that they found the evidence of Prof. John Obafunwa, the pathologist who conducted autopsies on all the bodies picked up all over Lagos during the protests, not just that at Lekki Tollgate, but state-wide, that they found his evidence credible, and that there was no evidence to the contrary.

Prof. Obafunwa said that of all the bodies he conducted autopsies on, three came from Lekki. That out of the three, only one had a gunshot injury.

And the panel said, we believe you, we accept your evidence, because there is nothing to the contrary. So, in law, if you put that on the imaginary scale, it means what Obafunwa said, outweighs every other evidence before the panel.

They said there was nothing to the contrary, then the panel then goes on to say there were nine deaths. If you look at that page, where they listed out 11 deceased persons from Lekki Tollgate, there was no explanation as to how they arrived at that conclusion, how they came about the names, who shot them, when they were shot. So that’s a contradiction.

They also awarded one Nathaniel Solomon. That he was deceased at Lekki Tollgate. It also turns out that Nathaniel Solomon was a witness before them, who had the petition in respect of his late brother.

An allegation that somebody was murdered is not one to be made lightly. In fact, in criminal law jurisprudence, you must prove it beyond reasonable doubt. But where you have these inconsistencies, is Nathaniel Solomon dead or alive, did one person die at Lekki or did nine people die? Those contradictions and many more made that particular finding unreliable.

For a finding that somebody died at a scene to be acceptable, there must be no doubt. What the panel did created doubts, it created gaps in their story of nine deaths. Once there are doubts, the doubts are usually resolved in favour of the person you’re accusing to have murdered or killed those people.

We have listed out in the white paper, some of the contradictions, and we are also going to release the two reports of the panel for the public to judge by themselves.

It’s not just going to be a case of Lagos state government, analysing this itself and coming to conclusions, we are going to make them available to everybody read it, and see how you can resolve the conflict.

They said, Oh, I agree with the pathologist, that one person died and was picked up on the 21st of October 2020, and then go on to then say somewhere else that nine persons died, and they did not even offer any explanation as to how these people died. How did these nine people die? who killed them? Who shot them? When were they killed? nothing.

The position of the Lagos state government is based on the findings of the panel itself. It is not that Lagos government just conjured this from the air. We looked at the report. That is what the panel itself said, that one person died at Lekki Tollgate, then it then went on to say nine people died.

It is not Lagos state government that is saying it. It is what the panel said, after reviewing the evidence of Prof. Obafunwa.

The evidence of the pathologist Prof. Obafunwa, that only three of the bodies that they conducted post mortem examination on were from Lekki and only one had gunshot injury, and this was not debunked. We deem it credible, as the contrary was not presented before the panel. That’s their own conclusion.

But I would like to ask you. Is it that nothing happened in Lekki? Can we also talk about the case of the police? The panel used the arms register and police officers in that particular police division, that they will normally collect 15 to 20 rounds of bullets. But on the night of the 20th, some collected 60 rounds of bullets and some even collected 75 rounds of bullets as stated in the report. So, what happened that night?

It is not that we’re living in denial, not at all. The report itself, which I urge you all to find time to read, is about 550 pages and it says: 1. The military, the army was at Lekki Tollgate.

But the forensic expert called by the panel itself said it couldn’t determine that live rounds were fired. Although General Taiwo said the army went there with blanks with live bullets.

Regarding the question about police taking more rounds on the night of the 20th, if you read the same report, the movement register of the police showed that one policeman was assigned to Lekki. It’s all there.

That was the panel’s duty. The state government set up the panel to find out precisely that. What they found out is contained in the report they have issued. We are going by that report, and I’ve told you what they said.

That the army was there, no dispute; they fired shots in the air, whether blanks or live, I believe the panel said they fired blanks and live bullets.

But if you want to accuse somebody that he shot or killed somebody, you then have to go on to show the details. So, you can’t leave anything to speculation like what you are saying is speculation. That so, because they took 70 rounds, because they took 50 per cent more rounds, if you cannot show how nine people died, you must be able to tell the world what happened at Lekki on that day.

So, if your findings, unfortunately leaves all these gaps, all these doubts, then we cannot rely on it.