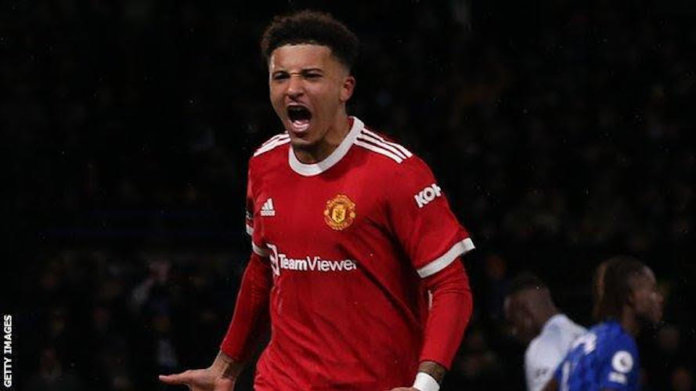 Manchester United prepared for the arrival of interim manager Ralf Rangnick by earning a battling point from the 1-1 draw against Premier League leaders Chelsea at Stamford Bridge on Sunday evening.

United, under the caretaker charge of Michael Carrick with Rangnick’s appointment expected to be confirmed imminently, kept Cristiano Ronaldo on the bench and mounted a largely rearguard action until Jadon Sancho hit Chelsea on the break five minutes after half-time.

Sancho pounced on poor control from Jorginho to race clear and beat Edouard Mendy with a composed finish after the hosts had dominated possession.

Chelsea were stung into action and Jorginho made amends for his error when he equalised from the spot in the 69th minute after Aaron Wan-Bissaka fouled Thiago Silva.

United survived in relative comfort apart from a big late chance for Antonio Rudiger and will regard this as a welcome point in tough territory after a succession of Premier League horror shows led to Ole Gunnar Solskjaer’s sacking.