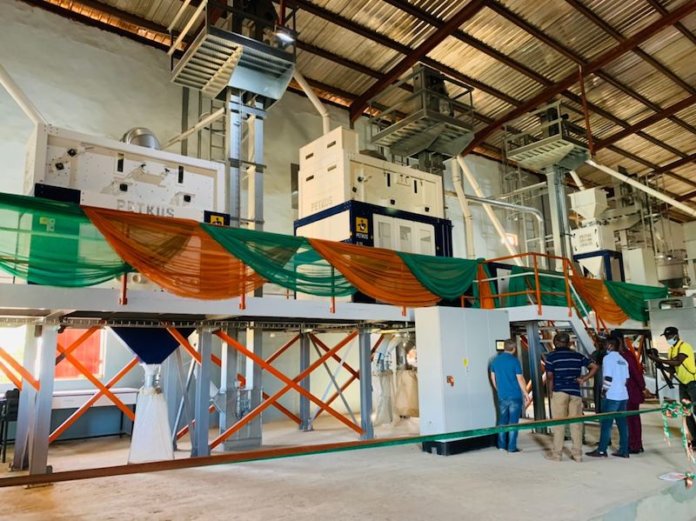 With the move, current challenges experienced in the production of wheat, rice, maize and other critical grains would be addressed as the initiative will also catalyze farmers’ output thereby bridging existing gap in crop production in the country.

While Nigeria is currently spending nothing less than $2 billion to import wheat alone, President of Value Seeds, George Zangir link the challenges to lack of quality seed and adoption by farmers, adding that the new technology by the company would drastically address the seeds gap in the country.

Coming on leeway provided by the Alliance for a Green Revolution in Africa Syngenta Foundation, AECF, Central Bank of Nigeria and Sterling Bank, Zangir said the company availed seeds of improved varieties to more than one million farmers as a result of impact partnerships with farmer friendly organisations.

Aiming to take quality seeds and inputs to ten million smallholder farmers by 2035, he said: “2019 report by Access to Seeds Index ranked Value Seeds number one in Western and Central Africa.

“2021 report released in September by the same organisation ranked us number five but still the best indigenous seed company in Western and Central Africa closely following the multinational seed companies.”

The Germany technology – Petkus is expected to significantly revolutionise the agricultural sector in Nigeria, creating maximum yields for farmers and government to achieve projected goals in the sector, Zangir noted.

While the company was only able to reach about 1000 farmers 12 years, Zangir noted that innovative and futuristic approaches by the company were yielding the right results.

“Today, we commission our seed friendly, Petkus fully automated seed conditioning line to keep our promise of continuous value addition. Nigerian farmers could rest assured of lasting and profitable experience. It is a significant investment to guarantee the quality of seeds we offer to farmers. Let the seed revolution begin,” he said at an event attended by stakeholders from African Countries.

George Kabutha, the company’s Head, Administration and Finance noted that seed output by the company would double by over 100 per cent.

According to him, while the organisation would leverage on the Africa Free Trade Agreement demand in the country remain high and would be of primary concern to the organisation.