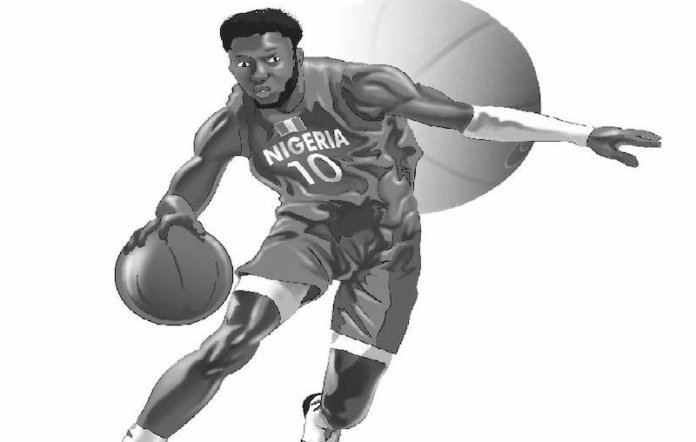 The authorities should put their house in order

The handwriting on the wall is ominous for basketball in Nigeria, except the authorities put their act together. Recent communications between the Federation of International Basketball Association (FIBA) and the Nigerian authority indicate that the former may be left with no option than to ban the country if the elections into the board of the Nigeria Basketball Federation (NBBF) are not scheduled before Tuesday, 30th November 2021. FIBA’s grouse is premised on what it considers the interference of the Federal Ministry of Youth and Sports Development in the affairs of the federation.

Should FIBA wield the big hammer, the immediate fallout for the country will be the exclusion of the male national team from the Basketball World Cup scheduled to hold in Benguela, Angola. We therefore urge all the stakeholders including the Ministry of Sports to take the FIBA threat seriously and put their house in order. Any sanction on the Nigerian federation will set back the barometer of basketball development and it will take several years to recover.

Meanwhile, the in-fighting in the basketball federation is over ego and influence peddling which have nothing to do with the development of the sport. For about four years, the NBBF has been factionalised into two groups led by Amadu Kida and Tijani Umar over who should call the shots in the federation. To compound the challenge, the role of the Minister of Youth and Sports Development, Sunday Dare, is unhelpful. While Dare may mean well with his intervention, especially in the wake of the social media campaign against the NBBF caretaker committee over the handling of the female national team’s outstanding bonuses and other pecks, he has exhibited substantial lack of tact in managing the crisis.

In fact, the way the ministry is handling the current mess appears to be the reason why FIBA is issuing the threats of severe sanction. In the letter from FIBA addressed to NBBF President, Musa Kida, “under Article 9.7 of the FIBA’s General Statutes, National Member Federations (NMF) must manage their affairs independently without the influence of third parties and ensure that their officials are elected or appointed under a democratic process.”

The minister has no locus to interfere in the NBBF internal matters by purporting the Final 8 basketball league to be organised in Abuja without the inputs of the NBBF caretaker committee nor is it in his place to cancel the NBBF elective congress scheduled for Benin on 30th October. There is also no justification for the speculation that the ministry is intending to host the men’s league to pick the country’s representative in continental basketball championships. What these actions amount to is brazen interference in the internal administration of the NBBF in stark contravention of its statutes ratified by the international body.

Faced with the same scenario, the international football body, FIFA would wield the big stick against government interference for contravening its statutes if this were a matter concerning the Nigeria Football Federation. We therefore cannot blame FIBA for standing for what it deems right in the current circumstances by protecting the integrity of the international sporting association from the whims of external influencers. However noble their intentions may be, officials must learn to figure out solutions that would not infringe on international statutes to which Nigeria is a signatory.

The lingering disputes in the NBBF can only be solved by its Congress and whatever may be the misgivings against the members, we hope the Minister of Sports and Youth Development will help to facilitate that outcome. A sleight of hand approach to a problem that could cost Nigeria its status in FIBA is not the right way to go.