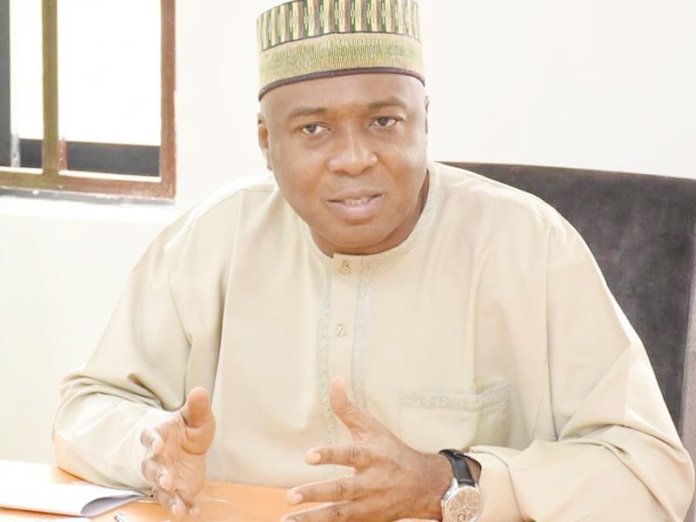 •Says charity must begin at home

A former Senate President, Dr. Bukola Saraki has begun consultations in view of his presidential ambition, starting with a visit to Benue State in North Central, his home zone, where he met with Governor Samuel Ortom and the State Working Committee members of the Peoples Democratic Party (PDP).

Saraki, who claimed starting with Benue was imperative, because charity must begin at home, however, commended the Benue people especially, PDP stakeholders for supporting and standing by the Governor Ortom-led administration to succeed and survive the kind of siege the state has been put into under the present All Progressives Congress (APC)-led government.

He noted that the nationwide defection of loyalists from the APC into the PDP was an indication of the manner of leadership the ruling party has provided, noting that before the election, he was not sure anyone would still remain in the APC.

Saraki said the North Central Zone paid its due by working so hard in keeping the country together as one united entity, saying, “This time we must stand for our own and charity begins at home”.

He said they have come to Benue to seek the advice and support of the governor, having led the party credibly well in the zone.

Receiving Saraki and his entourage, Ortom said the former senate president was one of those Nigerians that have contributed to the development of democracy in Nigeria.

Chairman of Benue PDP, Mr. John Ngbede, through his deputy, Mr Isaac Mfo, said the party in the state was intact reiterated that the presidential hopeful was in the right domain.

Saraki was accompanied by a former governor of Kogi State, Idris Wada; former National Chairman of the PDP, Kawu Baraje; Senator Suleiman Adokwe and Chairman of Council, Saraki for President Campaigns, Prof Iyorwuese Hagher, among others.

editor - January 23, 2022 3:55 am
8
BY WAZIRI ADIO By this time next year, President Muhammadu Buhari will have just four months left in office. Many Nigerians, within government and outside...