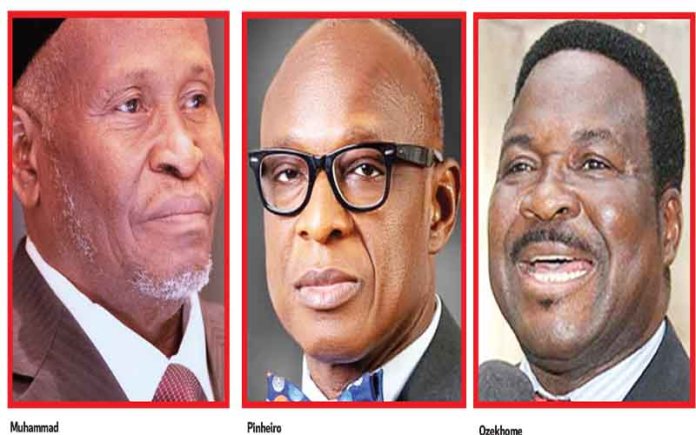 In developed countries, the judiciary plays a crucial role in economic development through quick and fast resolution of commercial disputes. This is why the concern expressed by the Chief Justice of Nigeria, Justice Ibrahim Muhammad, that the delay in justice delivery accounts for the inability of the judiciary to effectively contribute to the development of the nation’s economy needs to be taken seriously, reports Festus Akanbi

Whether in Nigeria or elsewhere, the first and foremost function of the judiciary is to give justice to the people, whenever they approach it. It awards punishment to those who after trial are found guilty of violating the laws of the state, the rights of the people or breach contracts

Unfortunately, in Nigeria, the judicial system is found wanting as far as prompt justice delivery is concerned, a sad development that prompted the Chief Justice of the Federation, (CJN), Justice Ibrahim Muhammad, to call out members of his constituency for unwillingness to take commercial disputes resolution seriously.

The CJN believes that the delay in justice delivery accounts for the inability of the judiciary to effectively contribute to the development of the nation’s economy.

Justice Muhammad noted that although disputes were unavoidable in business transactions and other related economic activities, it was scandalous to have such cases linger for years in court without resolution, adding that it discourages investment.

The CJN urged judges and judicial stakeholders to device prompt dispute resolution, saying an effective judicial system is a catalyst for financial system stability, which often translates to economic growth.

Justice Muhammad spoke in Abuja at “the national workshop for judges on recent reforms of the Banking and Financial Services Sector in Nigeria: Bank and Other Financial Institutions Act (BOFIA) 2020 in focus” organised by the National Judicial Institute (NJI) in collaboration with Juris Law and the Central Bank of Nigeria (CBN).

The CJN noted that the delay often experienced in the determination of cases in courts, particularly with commercial disputes, was unacceptable, pointing out that “If the judiciary must play its role in financial stability in Nigeria, cases of delay must be aggressively and frontally addressed so that parties will get justice at the end and the resultant effect of this will raise public confidence in the Judiciary.

Giving a first-hand perspective to the issue, an associate with Perchstone & Graeys LP, a firm of solicitors and arbitrators, Mr. Temidayo Adwoye, explained that disputes are inevitable in commercial relations, adding, however, that “Where disputes arise, the mechanism available for their speedy and just resolution is usually a factor that investors watch out for before investing in any country.

“Investors will typically consider whether the fora for resolution of commercial disputes in the jurisdiction where he is intending to invest is such that can ensure that justice is not only served but that the winner of the dispute can easily enjoy the fruits of the resolution speedily.”

Adewoye lamented that “Commercial cases in Nigeria take “donkey years” before they are finally resolved. In Nwosu North and South International Limited & Anor v. Nigeria International Trading and Industrial Corporation Limited (2014) LPELR-23425 (CA), Justice Joseph Tine Tur (JCA) began writing his judgment with his decry of the long gestation time of commercial cases when he said: “Nwosu North and South International Limited I shall call (“the appellant”) instituted a suit against Nigeria International Trading and Industrial Corporation Limited I shall call (“the respondent”) before the High Court of Justice, Jos, Plateau State on 28th January 1975 when I was just entering the university. Twenty-Nine years have passed and I am delivering judgment in the dispute. Meanwhile, Anthony Nwosu died in the course of the proceedings. He is not alive to know the outcome of the suit. What kind of judicial system is this? There has to be an improvement on the justice delivery system in Nigeria.”

Pointing out causes of delay in the dispensation of justice on commercial cases, he said that one of the challenges entails the competence of the judge sitting over commercial cases in our courts.

According to him, “There are judges that are not so adept with the interplay of commerce and the law and the need for the Court to reflect commercial realities in their judgments.”

He believes that the effect of having competent hands man the trial courts is that it ultimately reduces matters that go on appeal because issues submitted for determination are thoroughly addressed by very competent hands at the High Court level.

“In Nigeria, this is not entirely the case. Many High Court judges, except in specialised courts such as the National Industrial Court, are expected to preside over all manners of cases that are submitted to their courts. This, in turn, leads to judgments that are bound to be appealed because of clear errors of law,” he stated.

According to him, “Part of the infrastructural challenges is also a factor that delays commercial cases. Many Courts do not have facilities for virtual hearing or to play and view electronic evidence. Instead of electronic filing of cases, litigants are still compelled to file all their processes in papers. Many courts do not have stenographers to assist the court take notes of proceedings as it is done in other climes. There are times where courts are constrained to put on their rechargeable lamps to continue their proceedings in thick darkness caused by power outages. All of the challenges of infrastructure slow the pace of proceedings before courts.”

Adewoye called for a more transparent and verifiable procedure for the appointment of judges.

“Commercial judges should be legal practitioners who have advised various commercial transactions and represented parties in commercial disputes. There has to be better funding for the judiciary. Judges whose salaries have reportedly hardly been reviewed in 14 years cannot be motivated to discharge their duties effectively. There must be the resuscitation of the Law Reform Commission at State and Federal levels to undertake studies in how to ensure more efficient administration of justice, especially in commercial cases,” he submitted.

However, leading legal luminary, Kemi Pinheiro says the blame for the lethargy in the judicial system should be taken to the doorsteps of the executive arm of government for not providing the needed leadership capable of fast-tracking commercial cases in court. “Sadly, it would seem that successive governments in Nigeria do not place much importance on commercial disputes, which have continued to linger in the various courts across the country despite the undeniable role an effective judiciary plays in ensuring economic growth.

“In other words, it appears that the different arms of the Nigerian government do not appreciate the role a quick, effective and efficient dispute resolution mechanism play in the economic development of a country.”

The Senior Advocate explained that “a well-functioning judicial system is indispensable to business activities and society as a whole. “Judicial efficiency measured by trial length, one of the essential factors in the effectiveness of the justice system, ensures contract enforcement, which is the basis of market transactions. Judicial efficiency is closely associated with accessibility to judicial services and the certainty of an efficient judicial system raises people’s confidence.”

Analysts wondered why successive governments which found it difficult to enthrone quick justice delivery in commercial cases have put in place reforms to remove the delay on elections cases.

Pinheiro noted, “It is quite incredulous that successive governments in Nigeria have failed to make concerted efforts to reform the judiciary. It will be recalled that when the politicians were faced with the possibility that the period for the determination of pre-election and election matters would linger at the tribunal for a long time because of the rot in the judicial system as in the case of Ngige v Peter Obi (2006) LPELR-12920, immediate and urgent steps were taken to amend the Constitution to ensure that election matters are determined expeditiously and within a Constitutionally guaranteed time frame (See Section 285 of the Constitution).

“Sanctions are meted out by the National Judicial Council to judges who fail to determine election matters within the time prescribed by the Constitution.

Ozekhome insisted “the Nigerian courts give priority to election matters to the total exclusion of strictly commercial disputes.

“Although Alternate Dispute Resolution (ADR) has since stepped in to help out, it is still in its embryonic state because most Nigerians believe more in fisticuff litigation in courts of law.”

He alleged that elected leaders hardly work for the good of the people given their disposition to abandon duty to fight for re-election.

According to him, “The result is that international investors watch with shock, how their important commercial cases are relegated to the background on the altar of a mad political system. They simply pack their baggage and go to the next business-friendly environment. That is why we say bye-bye to economic growth and national development.

“Most industries that used to be in Nigeria are today are found in neighbouring countries. No investors will put their money in a system that is corruption-laden; where justice is hawked to the highest bidder; and where commercial disputes are treated with levity and utmost contempt and disdain. The solution is in attitudinal change by our courts. They should give priority to commercial cases, aside from political matters that are time-bound.”

All and done, the reality is for Nigeria to achieve its dream of being a veritable destination for investment opportunities, its legal system has to undergo a serious reform that guarantees speedy justice delivery.