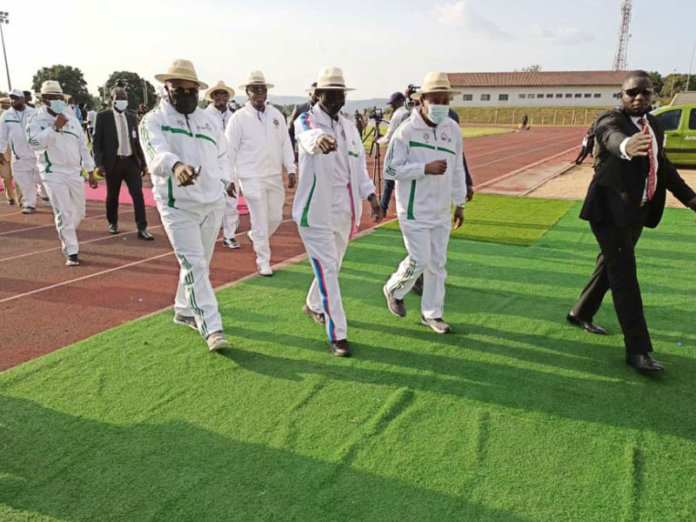 Nigeria hosted the very first ever CDS OSMA SAHEL Countries Military Games for Peace and Solidarity at its Federal Capital Territory, Abuja. The week-long event which kicked off on Monday, 11th October 2021, started with the arrival of special dignitaries such as; Dr. Ifeanyi Chukwuma Odii, Gen. Lucky Irabor – The Nigerian Chief of Defense Staff, Dr. Ogbonnaya Onu – The Honorable Minister of Science and Technology and Military Generals from eight African Countries within the SAHEL region.

According to Gen. Irabor “By organizing this event, we are mindful of the need to foster comradeship among our personnel and we believe sporting activities such as these could promote synergy among Military personnel within the SAHEL region”

The Ceremonial opening witnessed the introduction of the delegates from all the participating Countries, Oath taking to commit to fairness throughout the games, various March passes and flying of the peace doves.

The first ever CDS OSMA SAHEL Military Games is proudly sponsored by Viarmor Healthcare Limited – distributors of Aura Air Purifier and LifeCan mobile ventilators in Nigeria. Viarmor is also one of the subsidiaries of Ultimus Holdings.