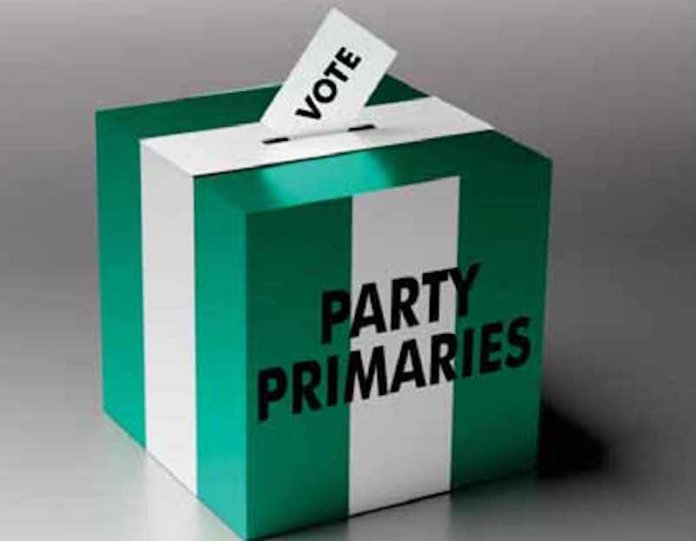 Political parties in Nigeria are expected to conduct primaries to nominate candidates for elections based on the Electoral Act, their guidelines and that of the Independent National Electoral Commission (INEC). Unfortunately, at a period the nation needs innovative leaders at all levels of government, the process by which these candidates emerge is usually marred by violence and unwholesome practices. Yet, if intraparty primaries are deeply flawed, vicious, chaotic, polarising and bloody as they have been over the years, it is a given that the outcomes of such exercise cannot deliver on good governance. The evidence of that is also glaring today across the country.

To the extent that free and fair election is a basic requirement of democratic governance and an antidote to civil disorder, it is important that the nomination of candidates by parties be based on transparent popular participation in which every aspirant is availed a level-playing field. Unfortunately, in the past two decades, the primaries of all the political parties, big or small, have been replete with widespread fraud, monetisation, lack of accountability, and cynical hijack of the process by sundry godfathers and overbearing governors.

Apparently in response to this anomaly, the Senate on Tuesday voted to amend 87(1) of the 2010 Electoral Act which allows political parties to opt for either direct or indirect primaries to now read, “a political party seeking to nominate candidates for elections under this Bill shall hold direct primaries for aspirants to all elective positions, which shall be monitored by the Commission.” The amendment hearkens to complaints about the overbearing conduct of parties’ executives during such exercises by prescribing that all members be allowed to vote through a direct process.

While the decision has been widely acclaimed, the opposition Peoples Democratic Party (PDP) has described it as “a humongous blow to the development of democratic norms and a plot to introduce anarchy during internal party elections as currently obtainable in the APC”. According to the party, direct primaries will increase “the costs of nomination procedures thereby surrendering the processes to money bags against the wishes and aspiration of Nigerians.” We do not share that cynicism. On the contrary, direct primaries will whittle the influence of money that has turned delegate primaries to mere bazaars, even if we concede that it is also not foolproof. Nothing is, with our politicians.

First, we understand the rationale behind the Senate position. The electoral act stipulates that “the aspirant with the highest number of votes at the end of voting shall be declared the winner of the primaries of the party and the aspirant’s name shall be forwarded to the Independent National Electoral Commission as the candidate of the party.” That presupposes that candidates are to emerge after a process that involves ballot. Over the years, outcomes of party primaries are usually decided by ‘delegates’ in a manner that have been anything but democratic. But the question remains: Will direct primaries make any difference?

There are concerns about the ability of the INEC and security agencies to monitor the exercise across the entire country. There are also fears that the old problem of hijacking ballot boxes, violence and deployment of thuggery might surface. These are legitimate concerns in a milieu where elections are contested almost as a do-or-die affair. But if the whole idea is to ensure that the rules and regulations governing the nomination of candidates by political parties are transparent and credible and that critical stakeholders play fair, we subscribe to anything that will create confidence in the system and deepen our democracy.

The indirect primaries system, which has now been jettisoned, was defective because it selected candidates through a warehoused surrogacy. Party chiefs and money bags bought and imposed candidates only to require the popular electorate to vote for them on a one man one vote basis. To the extent that the amendment merely synchronises the primaries system with the basic requirement of democratic balloting, that is some progress made.