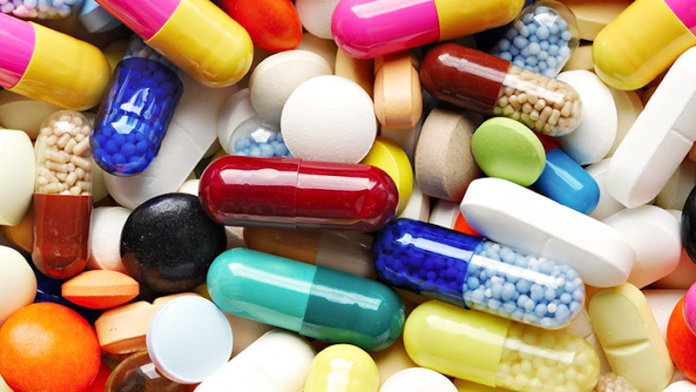 Not a few observers are still wondering why the nation’s pharmaceutical industry is performing far below the expected capacity despite the humongous potential available within Nigeria and on the African continent, coupled with new opportunities created by the ravaging Covid-19 pandemic. Festus Akanbi delves into operators’ explanations for the industry’s under-performance

It is a fact that the general economic downturn in the country is rubbing off negatively on most of the sectors as the last quarter of the year 2021 nears completion.

Economic watchers said although Nigeria has bounced back from the recession, however, some sectors of the economy are still gasping for breath, notwithstanding harvests of humongous opportunities being created by the unfolding development at the global space.

Lately, there have been concerns over the failure of the pharmaceutical industry in Nigeria to grow in a way that will position Nigeria for the opportunities created by the Covid-19 pandemic.

There are reports that the African pharmaceutical market is projected to grow between $60 billion to $70 billion after COVID-19. The excitement that greeted this projection was justified by the realisation that Nigeria has the market and number superiority on the African continent.

This was confirmed by the Director-General of the National Institute for Pharmaceutical Research and Development, (NIPRD), Dr. Obi Adigwe, who disclosed that out of about six or seven companies that have World Health Organisation (WHO) certification in Africa, four were actually in Nigeria, noting that there is no lack as regards the critical basis of manpower in the sector.

In his presentation at a virtual meeting of researchers under the Pharmaceutical subsector Thematic Group of the Tertiary Education Trust Fund, (TETFUND) Adigwe, noted that “the Nigerian pharma market is still estimated at between 1.5 and 2.5 billion dollars despite the potential for us to capture somewhere around 30 to 40 per cent of the African market particularly given new policy intervention such as the ACFTA.”

The function of the industry is to research, develop, produce and market drugs or pharmaceuticals for use as medications. It aims to produce safe and effective medicines with cost efficiency and productivity to the manufacturer. The potential for national or local production of quality-assured, low-cost pharmaceuticals to meet national needs is an issue that has been debated and discussed for several decades

Industry affairs commentators argued that given some interventions like the Central Bank of Nigeria (CBN’s) N100 million Pharmaceutical Intervention Fund for the COVID-19, there is every reason for the pharmaceutical industry to have sufficiently increased its capacity. The CBN fund was part of proactive measures to cushion the impact of the COVID-19 pandemic on the economy.

To date, support is coming for the pharmaceutical industry. For instance, the Tertiary Education Trust Fund (TETFund) has promised to provide ‘mega research support’ to four public agencies to produce drugs. It listed the National Institute for Pharmaceutical Research and Development (NIPRD) as one of the agencies that will benefit from the support.

Although the Executive Secretary of TETFund, Prof Suleiman Bogoro, who disclosed the gesture did not provide details of the identity and specific research activities the other agencies are expected to undertake. He, however, noted that the NIPRD would collaborate with the Forestry Research Institute of Nigeria, Ibadan, to carry out research and production of Phytomedicine.

Some analysts believe the pharmaceutical industry in Nigeria has headroom for growth and can potentially reach $4 billion over the next 10 years. This is hoping that economic growth levels will be such that can propel Gross Domestic Product (GDP) per capita levels of close to $4,000 over the next decade. There are a few ‘demons’ the industry will have to confront to be able to grow and achieve meaningful levels of importance.

Therefore, as interventions roll into the sector, analysts wonder why the sector is still finding it difficult to avail itself of the abundant potentials with improved performance.

President of the Pharmaceutical Society of Nigeria, Mazi Samuel Ohuabunwa, in an interview with THISDAY, however, expressed confidence in the performance of the Nigerian pharmaceutical industry, which he described as encouraging considering “where we were coming from,”

He said, “It is true the pharmaceutical industry, chronically has been underperforming, just like the nation’s economy especially during the COVID period. But there is a strenuous effort by operators to rise and they have shown some resilience. If not for this, there would have been an astronomical rise in the prices of pharmaceutical products.

Acknowledging the CBN intervention, Ohuanbunwa, who is also a former Director-General of the Nigerian Economic Summit Group, said the efforts by the Central Bank of Nigeria through the N100billion Health intervention Fund has also contributed to strengthening the industry because the industry is now increasing its capacity, building new plants, expanding the existing ones.

According to him, “The provision of funds for local researches by the CBN for institutions and companies is another stimulus that is also pushing activities in the pharmaceutical industry, Things are looking up now, and we haven’t quite finished Covid-19. Covid-19 is still on.”

Calling for the sustenance of the interventions, the PSN leader said, “What we are pushing for is for government to sustain this. Additional funding is required, which is also what the president spoke about during the Independence Day broadcast. He spoke about further investment in the pharmaceutical industry, which is a heart-warming thing if the government can fulfill this desire and put some dedicated funding into the pharmaceutical industry, the industry is ready to rise and it’s really on the threshold, companies are now trying to establish new factories even to produce the vaccine.

“We are also pleased that additional investment is being made in the National Institute of Pharmaceutical Research and Development and this will increase the capacity of NIPRD to do research and produce locally fashioned medicine and the use of local raw materials to assist the industry and reduce its dependence on imported inputs.”

One of the obstacles confronting operators, according to him, is the issue of tariff. He believed there is a need to reduce the burden of tariffs on industry operators. He said, “We also hope that government will continue to strengthen tariff management where the industry is not punished by allowing them to import with zero tariffs.

“There was a time imported goods attracted zero tariffs, the raw materials were attracting 10-40 per cent, that is changing now, there has been some reduction but I think it’s not fully because Customs itself is not fully in sync with government policies. When the government is making exceptions, Customs say they have to meet their target, so harmonisation of the total pursuit of the government and their vision for the industry must be total from NAFDAC, to Customs to cooperate with the government.”

Another challenge listed is the scarcity of foreign exchange. He explained that the scarcity of foreign exchange is delaying the projects of many of the operators in the industry especially those that received CBN loans. Ohuanbunwa said it’s getting difficult to convert the naira into the dollar to buy the needed equipment and some of the needed raw materials to boosting capacity.”

He said the apex bank would have further helped by converting the naira into dollar before releasing the loan to the beneficiaries since the money is for machinery and raw materials. CBN should have provided the dollar component, so all they would have done would be to raise LPs and this would have tackled the issue of delay facing operators now. “We will continue to speak with the government. When policies are made, they should be looked at holistically.”

He admitted the industry is losing its capacity. “The capacity of the industry was reducing. We are recently producing 50 per cent of local essential drugs. Our target is a minimum of 75 per cent so, there was a movement from where we were a few years ago although capacity utilisation is still below 70 per cent. There are indications that things are looking up for the industry. What we are worried about is the sustainability of those measures,” he stated.

For Nigeria’s pharmaceutical industry to meet expectations, the NIPRD Director general believes the issue of security to lives and property should be effectively tackled. According to him, pharmaceuticals are also an issue of national security, adding that unless the country can determine how its medicines are produced and distributed, its population would not be able to guarantee a sustained supply of high quality and affordable medicines that will enable it to have access to good quality healthcare.

“Pharma sector is probably the highest value chain related sector in any part of the world. For every job you create in the pharma sector you create close to 10 jobs on ancillary,” he said, adding that the sector has a high potential to stimulate growth across the entire socio-economic space.

The NIPRD boss, therefore, recommended among other things, the provision of infrastructure and equipment, as well as funding and prioritisation of local companies in the production of pharmaceutical products.

Adigwe also called for a legal base and policy framework as well as the institutionalisation of research, to guide the various processes of research, production, and delivery of pharmaceutical products, adding that specific focus should be placed on building synergy among stakeholders in the identified areas of research.

On his part, Vice Chairman of TETFund RDSC, Mansur Ahmed, expressed worry over the gradual disappearance of pharmaceutical plants in Nigeria, while calling on efforts from relevant agencies to save the plants by conserving the forests across the country.

Ahmed, who called for the deployment a legal framework to guide pharmaceutical rights in the country, noted that intellectual property right, which is currently used by developed countries in the production and distribution of vaccines was key to the pharmaceutical industry in Nigeria.

He also stated that vaccine production and phytomedicine will not only lead to the development of needed medicines but also result in the conservation of forests across Nigeria.