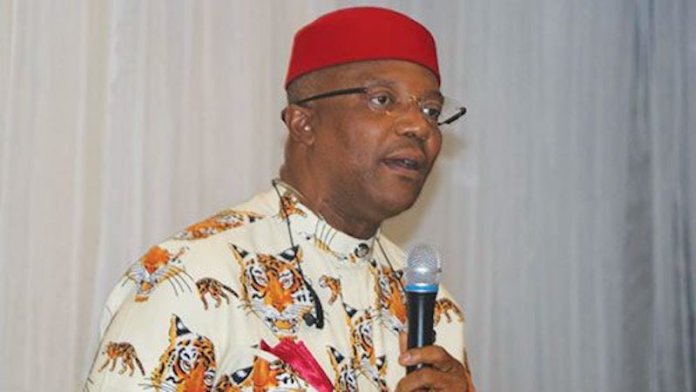 Senior aides of the Anambra Deputy Governor, Dr. Nkem Okeke who recently defected to the All Progressives Congress (APC) have refused to join him.

The aides restated their loyalty to the All Progressives Grand Alliance (APGA) and to the state governor, Chief Willie Obiano.

Dr. Okeke had on Wednesday defected to the APC after meeting with President Muhammadu Buhari in Abuja.

The senior aides who spoke to journalists at the office of the Chief of Staff to the governor, Mr. Primus Odili, expressed shock over the defection of their boss, saying they only heard of it on social media.

Nwufo said: “The Deputy Governor, Dr. Okeke never discussed or mentioned the move to his aides. I wonder why someone who has benefited so much from Governor Willie Obiano will defect to a political party that is struggling to have a ground in the state and pledged his continuous support to the APGA leadership.”

On her part, Igboka said “The successes and achievements recorded by Governor Willie Obiano is immeasurable and I vow to finish with APGA which shared the vision and hope of Ndị Igbo.”

Okafor and Obierika summarised the move as selfish and a spite to them as it clearly showed that they were never valued and carried along, which they would have strongly disapproved.

They assured that they would continue to propagate the ideals and mission of the accomplished administration of Obiano in making sure that the governor is succeeded by a responsive and visionary leader like Professor Charles Chukwuma Soludo.