The Ogun State Governor, Dapo Abiodun, has reiterated his administration’s commitment to the welfare and provision of conducive working environment for judges in the state.

This is coming as the governor stated the sate’s readiness for the establishment of a branch of the Court of Appeal in the state.

The governor stated the commitment of the administration,

according to a statement by the Chief Press Secretary, Kunle Somorin, during a meeting with some judges.

Abiodun noted that the interaction is to further consolidate and strengthen the relationship between the two arms of government.

He urged judges to continue seeing themselves as “partakers in a timeless ritual through which humanity assures the continuity of peaceful and ordered society ruled by law”.

While expressing his delight that judges in the state have never given his administration cause to doubt their integrity, probity and good conscience, Abiodun commended the judges for not giving contradictory interlocutory injunctions as none of them appeared before the disciplinary committee of the National Judicial Council for any disciplinary case.

The governor said several steps had been taken towards ensuring autonomy for the judiciary, especially in the area of employment of judiciary staff by the Chief Judge in the state.

“I must say that the vibrancy of Ogun State Judiciary has been one of the major reasons for the continued success of our “Building our Future Together” Agenda.

The Ogun State Judiciary also has a vital role to play in our investment drive. Investors will be willing to come to where they are sure they will get justice.

“Today the story of the Judiciary in Ogun State has changed. I can give oral and documentary evidence that the Judiciary in Ogun State has not fared too badly in terms of the care, attention and indeed affection it has enjoyed so far from our administration. Under our Administration, I am also pleased to inform you that the Chief Judge of the State does not need Executive approval to hire Judiciary staff provided adequate provision is made for the staff in the Appropriation Law of the State.

“I must again say that we are encouraged as the Judiciary in Ogun State continues to partner with us in our quest to bring Justice closer to our people”, Abiodun stated.

“We expect the House of Assembly to re-transmit the Autonomy Bill for the Judiciary on Thursday, 14 October 2021 to enable me assent to it. We identified some minor issues which required amendment,” he noted.

While saying his administration has prioritised the purchase of vehicles for newly appointed judges and serving magistrates, including escort vehicles for the Honourable Chief Judge and President of the Customary Court of Appeal, among other benefits, Abiodun disclosed that the State Executive Council has approved a proposal to provide housing for all judges serving in the Ogun State Judiciary and judges of Ogun State origin serving at the Court of Appeal and Supreme Court, adding “we intend to begin immediate implementation of this”.

The governor, however, said the state government was working assiduously towards the establishment of a Court of Appeal in Ogun.

“We are currently looking at the replacement of vehicles of other judges that are over eight years old.

I have prioritised the Judiciary on ICT issues, including the following: emergency procurement of equipment for virtual court sitting during the lockdown of 2020; laying of fibre optic around the Kobape Complex; upgrading of the Judiciary website to enable automation of payments; development of a Case Management and Scheduling System –to be jointly launched on 10 November 2021; development of a video conferencing platform for the State and the Judiciary – ready to be launched.

“Others are payment of allowances due to the Judiciary as quickly as revenue receipts permit; funding of construction of Police Post; funding of establishment of modern library in the Kobape complex; funding the renovation of courts and Judges quarters; renovation of courts for the sitting of Appeal Court Justices in Abeokuta,” the governor was quoted to have said in the statement.

He also reaffirmed his support for the autonomy of the Judiciary “as provided by the Constitution of the Federal Republic of Nigeria under the principle of separation of powers subject to an elaborate system of constitutional checks and balances.” 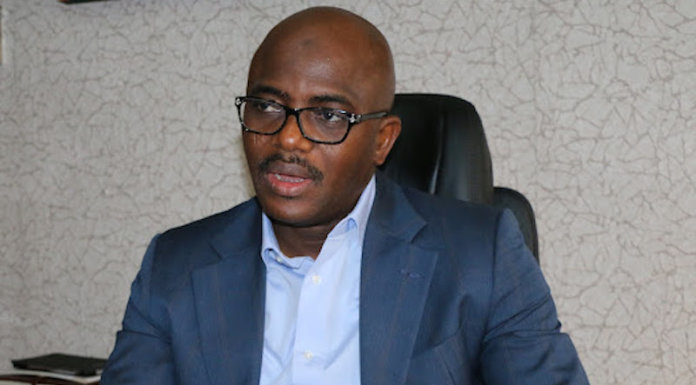