Video: Tweeting from the Gym, Tinubu Says ‘I Strong, Healthy, Ready to Serve from Day One’ 1 min ago 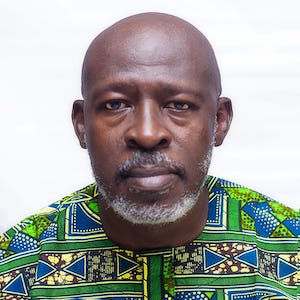 It promises to be an interesting duel. A three-horse race maybe. But even as the contest draws near many are still not sure who would eventually be on the ballot of the three major parties that are bidding for the number one job in Anambra State. No thanks to the plethora of court cases disputing the conduct and outcome of their primaries.

For now, Valentine Ozigbo is flying the flag of the main challenger, the Peoples Democratic Party; serial contestants, Andy Uba and Charles Soludo are the torchbearers of the All Progressives Congress and the ruling All Progressives Grand Alliance respectively. All three still have dates in courts, saved presently by the Court of Appeal. While the APC appears confronted by the Zamfara situation as the Independent National Electoral Commission has indicated that it has no record of the conduct of the party’s primaries, related factional duel have put in equal suspense the bids of the PDP and APGA.

However, in a matter of few days, the picture would become clearer. In the meantime, the atmosphere in the state that prides itself as the light of the nation remains charged. Fatal political violence is becoming the main feature of the contest. The most recent victim of the violence is Chike Akunyili, the Diaspora medical doctor-husband of Dora, Nigeria’s anti-fake drugs Czar who died some years ago. Though the source of the violent death is yet to be ascertained, it nevertheless signposted the nature of the state.

Actually, politics in Anambra had always been marked by violence, a logical extension of the pre-Peter Obi era of high crime rate. It used to be said that it is the one with the superior firepower that wins the electoral contest. Although Obi restored some measure of peace, it is difficult to say that he banished political violence since he did not conduct any local government election in eight years until the eve of his exit. So, the resurgence of violence in Anambra is actually the return of its kind of politics. The complication, however, is the emergence on the turf of the separatist Indigenous People of Biafra, which is now threatening to disrupt the election.

It is significant that despite the rising violence and IPOB’s threat, INEC has indicated that it would go ahead with the election, calling on the security agencies to do the needful to secure the environment for the electoral exercise to take place. Yet it has expressed concern over the safety of its materials, equipment and staff that would be conducting the election. The anxiety is real. The electoral agency has been a direct victim of the violence in the South-east, losing some of its offices and priced materials and equipment to arson attacks.

Earlier in the week, the governors of the South-east rose from a meeting, threatening to rise to the occasion by ending the spate of violence and the intermittent stay-at-home order by IPOB. It remains to be seen how this would be done without a direct confrontation between the security forces and the separatist group.

It is the reality of the impending confrontation that cannot but be violent between IPOB and the security forces that brings to the fore the advocacy of INEC for a more technology-driven electoral process. The argument of the electoral agency is that the less human engagement in the process, the more transparent it would become. Since 2015, therefore, it has been experimenting with electronic accreditation of voters. It started with the smart card reader. Though it had a shaky beginning it nevertheless showed some promise of improving accountability in the electoral process. INEC improved on its accreditation process in 2020 with the introduction of ZPAD, an electronic device that enables it to transmit results from polling units to its server. The device was deployed in the Edo and Ondo States governorship elections last year to the praise of Nigerians for its transparent outcomes. Buoyed by the incremental success of electronic applications, INEC has moved forward with Bi-modal Voter Accreditation System.

The biometric device enables both thumb-print and facial mode of identification of voters. With this, according to Mahmud Yahaya, the commission’s chairman, the use of the controversial incidence form has been completely eliminated. So, if the smart card reader cannot read a voter’s thumbprint, the ZPAD would read his face. If both fail, then the fellow would have to go home. This innovation developed by INEC’s IT engineers was deployed in the recent Isoko Constituency 1 election in Delta State with commendable success and was ready for deployment in the forthcoming governorship election in Anambra. “Henceforth, no biometric accreditation, no voting,” he told the press recently.

But despite the efficacy of these electronic devices and their promise to engender a more transparent electoral process in the country, the Supreme Court has ruled that they are not part of the nation’s electoral legal framework. This curious ruling which many legal luminaries and academics have criticised having regards to the power to organise elections donated to INEC by the 1999 Constitution as altered cast a doubt on the legality of the devices. Yet in one of its numerous paradoxical rulings, the apex court had held that INEC was guided by the constitution, the electoral law and its guidelines. That being the case, should it not be sufficient for the electoral agency to simply include the use of the devices in its guidelines?

In an apparent move to clear all doubts, INEC decided to be surplus to requirement by including electronic accreditation and transmission of results in the Electoral Act Amendment Bill 2021. This effort to merely formalise the legality of the electronic devices as advised by the Supreme Court has now run into a hitch in the Senate, which after serious upbraiding by the public grudging accepted the devices subject to National Assembly’s and the Nigerian Communications Commission’s approval for use. This obvious constitutional infraction is now subject to review by a conference of both chambers of the federal legislature.

The contradiction between the Senate’s acceptance of electronic accreditation and objection to electronic transmission of results has been properly put by all knowledgeable people as a curious behaviour by a bunch of politicians who ought to be interested in clean electoral contests. Yet the more radical way to go is to embark on a completely electronic process from voter registration to voting.

At a parley with the media last month, Yakubu agreed that INEC has the capacity and capability, including the technical infrastructure to conduct electronic voting nationwide, meaning voters could from the comfort of their homes or offices cast their votes. “The impediment is not infrastructure but the law,” he said.

The challenge to this fundamental and radical electoral development, however, is the decadent politicians in the National Assembly and their allies in their political parties who continue to reap bountifully from an equally decadent electoral regime. The fact is that an electronic voting regime would have rendered the raging violence and the no-election threat of IPOB in Anambra State a useless enterprise since citizens could have voted from the comfort of their homes.

Adebiyi, the managing editor of THISDAY Newspapers, wrote from bolaji.adebiyi@thisdaylive.com