WHO Names Monkeypox Variants as Clades I, IIa, IIb to Avoid Social, Cultural Offence 8 mins ago

The Perils of Ethnic Profiling and Prejudice 15 mins ago 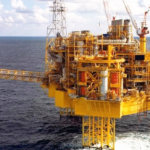 Nigerian-UK based Managing Director of the Uplift11, Mr. Michael Ede, has said the company is Africa’s biggest route to global sports reckoning.

Uplift11 is a UK based all encompassing sports leveraging company and platform dedicated to expanding unlimited sporting opportunities to promising athletes.

According to Ede, the firm desires to sustain a top-level career management for upcoming and rated footballers across the globe.

Ede, a Nigerian-UK based head of the establishment, intends to open its doors to the Nigerian and African sphere with a ‘home bang’ philosophy of engaging the hitherto unlinked Africa’s sports environment to the global stage with the company’s ever evolving and expanding market.

Sports, he said, is the springboard for success.
“Sport has the power to inspire and unite people. In Africa, soccer enjoys great popularity and has a particular place in the hearts of people”, he quoted Nelson Mandela

“Uplift11 is elementally grounded in advancing modern talent hunts and scouting. It is also involved in negotiating sports commercials and career management for athletes”, he said.

“The deployment of technologies and strategies for guiding athletes to fortified stardom is the company’s core objective.

”Providing on and off the track values for athletes in order to prove the nexus between talent and livelihood is the driving force of Uplift11.

He disclosed that the establishment has had extensive success records in sports management and career development in Europe and America is providing Africa with the vista of opportunities in linking the army of their untapped talents and huge economic-sports environment to global reckoning.

He said nothing feels more unfulfilling in life than untapped potential

“Having found success at the very top through consistency and a top-notch attitude of excellence and clientele-accentuating neo-socially mutually beneficial approach, Michael Ede, said the firm intends to open its doors to the Nigerian and African sphere with a ‘home bang’ philosophy of engaging the hitherto unlinked Africa’s sports environment to the global stage with the company’s ever evolving and expanding market boundaries.

“This strategic leadership is exactly what Uplift11 and its management will provide.”

Michael Ede is also the CEO of Maigmike Consulting to which Uplift11 is a fortuitous subsidiary and the Director of Training and Development (T&D) for Brighter Connect all in the UK.

He is also a UK football Association (FA) licensed players intermediary with a mandate to also work with minors (under 18) players.

Ede carries an enviable credential of having completed the football agent pro-course to the prestigious standard of the John Viola Academy.

He is a FIFA recognised and registered football agent and has completed the S4 scouting professional football recruitment and players scouting level 1 training.

He has been listed and quoted in several highly rated news outlets and reputable organisations as an emerging personality leading a global establishment for the next level of sports acclaim.

He has had over 16 years of cognate involvements spanning from biopharmaceuticals to IT and big financial institutions.