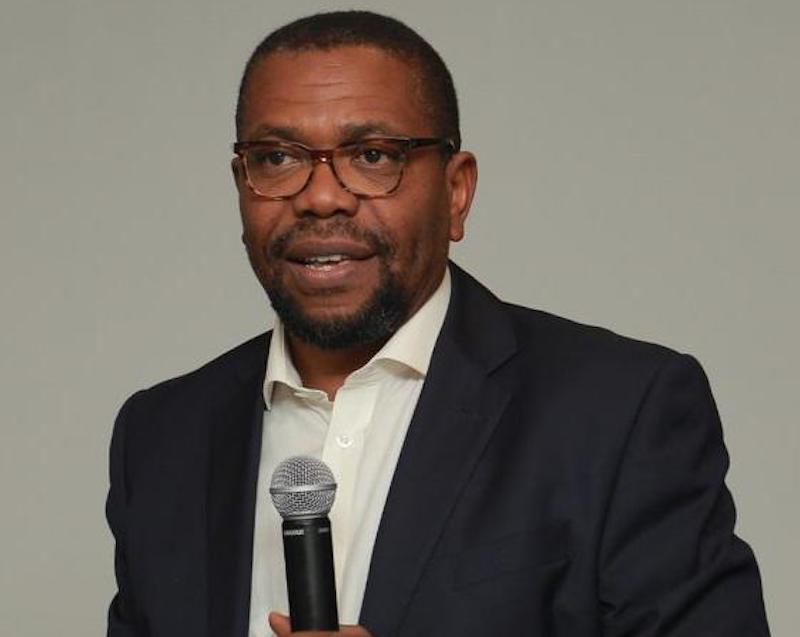 Nigeria like several other countries across the world has identified Universal Health Coverage (UHC) as the goal of its health system. A presidential summit on UHC hosted in 2014 ratified a declaration committing the country to the aspirational ideals of UHC. However, a key determinant of success for countries hoping to achieve UHC is the amount of public financing spent on health. In this regard, health spending is an investment rather than purely consumption as it strengthens human capital development. Greater public spend on health can help to drive economic growth.

Indeed, several reforms implemented at both national and subnational levels have reinforced the commitment to UHC. Since the UHC summit, the Government of Nigeria (GON) has enacted a National Health Act (NHAct) in 2014 and the National Council on Health has approved policies supporting the creation of entities with the potential to fast track the nation’s UHC agenda. A key provision of the NHAct is the earmarking of additional financing for the health sector through the Basic Healthcare Provision Fund (BHCPF) which is set up to provide a Basic Minimum Package of Health Services to Nigerians. The BHCPF allocates at least one per cent of the Consolidated Revenues of the Federal Government to the health sector.

Despite improvements on the policy front, health outcomes in Nigeria have not been impressive. This situation is not unrelated to the abysmally low funding of healthcare at all levels of government. Public spending on healthcare in Nigeria remains one of the lowest in the world at just 0.6% of GDP. In the absence of adequate spending on health by governments, individuals are left with life changing decisions such as choosing between paying for health services and meeting basic needs such as food, schooling, housing amongst others. This leads to the difficult choice of foregoing health needs, with grave health consequences, or undertaking catastrophic spending on health at the risk of being pushed into poverty. It is noteworthy that in Nigeria, out of pocket (OOP) payments constitute approximately 77 % of payments for healthcare.

The onset of the COVID-19 pandemic had a significant impact on lives and livelihoods following the aggressive outbreak response measures taken to contain the spread of the virus in the country. Nigeria ranks among the top ten countries most heavily affected by COVID-19 in Africa. The country had over 160,000 cases confirmed with 2,117 deaths as at the time of this publication. There has been substantial disruption to service delivery for both disease control programs and essential health care services, with an increasingly negative impact on health outcomes. Before COVID-19, about 2 million Nigerians were expected to fall into poverty in 2020 as population growth outpaced economic growth. The pandemic has pushed the total new poor to a staggering 8.6 million Nigerians.

Getting over the economic crisis depends on solving the health crisis:
The double whammy of the pandemic requires a tough hard look by policymakers at how to manage healthcare spending in a manner that will support Nigeria’s triple dilemma viz maintaining health goals geared towards UHC; controlling COVID-19 and creating & maintaining the conditions for economic recovery. After the expansionary spending during the pandemic, it is standard practice for most governments to take a pro cyclical approach to public financing on health. In this case, government per capita health spending falls as GDP per capita declines, and increases again with improvements in economic growth. Such reductions in government spending on health will be most damaging in a country like Nigeria that has faced severe constraints in health financing characterized by chronically low levels of public health spending and high proportion of out-of-pocket health expenditure. This paper argues forcefully that given the increasing spending needs in the health sector exacerbated by the current crisis; Nigeria’s best strategic path forward is choosing a countercyclical approach to government health spending. In brief, increasing per-capita expenditures on health. The question then is, where will the money come from?

A case for sin taxes:
The ambition of this paper is simply to make the case that this is time to increase taxes specifically on goods that adversely affect health, most notably tobacco, alcohol and sugar sweetened beverages (also known as “sin taxes”). Nigeria has an across the board above-average consumption of these well-known “health bads”.

The consumption of alcohol, tobacco and SSB generates internal costs to the individual consuming the products but also external costs to society. Yet, collectively they present a unique opportunity for the GON to generate revenue that can be earmarked for the health sector. The health impact of high and well-designed taxes on tobacco, alcohol, and sugary beverages is so large that these should be seen primarily as health taxes. Furthermore, there is sufficient head room for increasing and introducing such taxes. At 6 percent, Nigeria has one of the lowest tax to GDP ratios in the world. For example, Nigeria’s tobacco excise rates, at 20 percent, are well below the 75 percent World Health Organization benchmark.

Since the demand for these goods is typically price inelastic, taxing them is an effective revenue raising strategy. In addition, taxation may also be used to induce a change in consumption behavior to reduce social costs. They can be justified by the externalities associated with those consumption goods.

Nigeria is one of the leading tobacco markets in Africa, with over 18 billion cigarettes sold annually, costing Nigerians over US$ 931 million. The prevalence of smoking in the country is rising at about 4% per year. The WHO estimated about 13 million smokers in Nigeria in 2012, with over 16,000 deaths attributable to smoking. In 2015, Nigerians smoked 110 million cigarettes per day, a number reported well before the epidemic of “Shisha” rooms – anecdotally indicating a rise in female and younger smokers. The health consequences of smoking are well documented and the alarming figures from Nigeria only point in one direction – the consequences are well on their way and when they arrive, we will pay a high price.

In 2019, Nigerians consumed over 13 liters of alcohol per capita, making it the leading country on the continent in terms of alcohol consumption per capita. Yet this data does not include locally produced beverages which tend to be cheaper and therefore for accessible than the commercial equivalents. Considering that the world’s average is 6.4 liters per capita, this by itself is a major public health concern. Concomitantly and unsurprisingly, the prevalence of Alcohol Use Disorder (AUD) in Nigeria is estimated to be about 40% in the population, and 44.4% out of the drinking population. Consistent with abundant research findings is the observed association between smoking and a likely AUD, increasing the health hazards to the affected individuals.

Sugar Sweetened Beverages are one of the main drivers of obesity and Diabetes Mellitus (DM). Data indicate that the prevalence of DM in Nigeria is about 6% suggesting that 11.2 million Nigerians (1 out of every 17 adults) are living with the disease. The economic loss from diabetes is astronomical, translating to about $3633 per diabetes case. The direct cost to the payer is about $1154/diabetes case.

From the foregoing, undoubtedly introducing or increasing taxes on health-damaging products reduces their consumption and as a result, lowers long-term morbidity and mortality from a wide range of non-communicable diseases, including lung and cardiovascular diseases, metabolic conditions and cancer, thus protecting human capital. In the long run, reducing the incidence and prevalence of such diseases not only improves population health, it helps to limit cost growth in the health sector, increases sector efficiency, and improves overall labor and economic productivity.

With sin taxes – who gains?

To be clear, sin taxes as advocated in this paper disproportionately benefit the poor. In the first instance when long term health gains are factored in, sin taxes can be expected to deliver most of their benefits to lower-income populations and furthermore, if such taxes are spent on “best buy” packages which ensure that the revenues raised are spent on cost-effective programs, these also positively impact the poor and vulnerable. Countries that have successfully implemented sin taxes for health include Philippines, Australia, United States and Korea amongst others and the use of earmarks more broadly is well established in countries like Ghana, which funds its national health insurance program in part by a 2.5% VAT earmarked for this purpose.

Excise revenues, as a proxy for sin tax revenue from tobacco, alcohol and SSB taxes, are significant in relation to government spending on health. In Nigeria, increasing excise tax on alcohol, tobacco and SSBs by 50% could raise additional revenues equivalent to tax-to-GDP ratio on average by 0.7 percentage points, if the additional revenues were allocated to health according to the current levels of prioritization in government spending. As argued earlier, the use of sin taxes has the additional advantage of reducing future health care costs by curbing the growth of noncommunicable diseases (NCD) in the future.

The oft cited claims by manufacturers of these products that taxes, by reducing sales, cause significant job losses misrepresent either the size of the labor force employed in these industries or the way labor markets respond to changing demand patterns. Data on employment figures in the affected industries find no net effect or modest gains after considering job losses from lower consumption and job gains from alternative consumption.

The ongoing pandemic makes the introduction and earmarking of sin taxes for health politically feasible. The potential health benefits make introducing or raising these taxes more politically acceptable than tax increases whose primary or only goal is simply to increase government revenue. In Nigeria, the implementation of the BHCPF presents a transparent system to manage and monitor the impacts of the sin tax earmark. Clearly, the use of sin taxes and spend package that supports health spending should form a compelling part of the financing armamentarium for Nigeria’s UHC journey and crucially, part of its pandemic response.