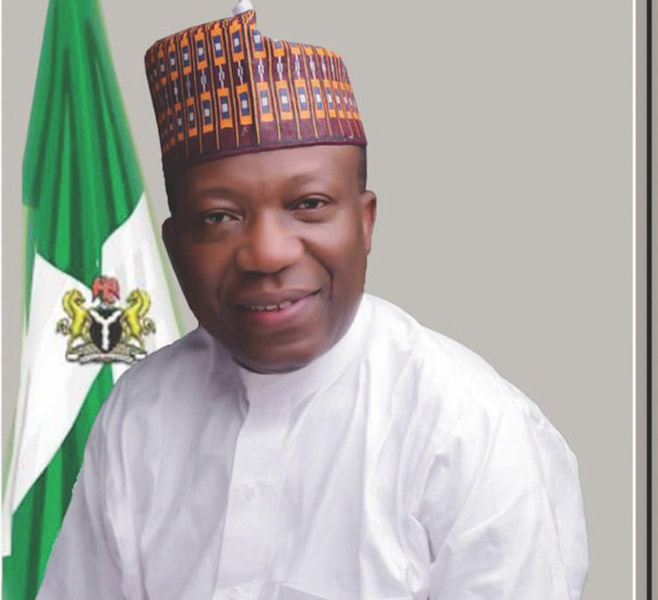 The Director-General, National Institute of Legislative and Democratic Studies, Prof. Suleiman Abubakar tells Udora Orizu why a national consensus is needed to address worsening insecurity in the country, among other issues

So many discussions have been held on the lingering insecurity in the country, with billions allocated for the fight against insurgency and other security challenges. However, no visible result has been seen. What exactly do you think government should do at this point?
Security issues are everybody’s business. Insecurity doesn’t know parties, religion, and ethnicity. The killers, the insurgents, the bandits, kidnappers, kill Muslims, Christians, Northerners, Southerners, old and young. In their devilish acts, they care less about religion or colour or tribe. That we must establish first. In their own devilish acts, religion is not a factor or who they should kill, rape or kidnap. Why must Nigerians, the political class allow these secondary factors to shape our perception of addressing insecurity? Our major problem therefore is that while the insurgents and bandits opinions are not shaped by religion or all these sentiments, in our own response to fighting them, we allow religion, ethnicity, nepotism to shape the direction and that’s why we are in this mess today. In our response to insecurity I have observed that we have not been able to build what I call National Consensus.

Their approach may differ but their attitude to Palestinian, whether they should be given homeland, recognised or not is just one, whether Republican or Democrat. This is because it has to do with national interest. But in our own case, we have allowed subjective perception or definition of national interest, rather than an objective one. Survival of this country through protection of lives and property is a core national interest that no government should compromise.

But our political class, with due respect, clergies, Mallams, traditional rulers, Nigerians, have not really agreed on what our core national interest is. If we agree on our core national values, then we shouldn’t be divided. The issue of ethnic profiling of insurgents should not come up; we should be united on the approach to bandits, up till now we have not agreed on the approach.

When some are talking about state police, others are saying no and so on. We have not really agreed. Today, you see this Governor here, the next day you will see him there, we have not agreed on common consensus. We must build consensus to address insecurity. We have what we call the passive members of terrorism, we have the active, and we have the sympathisers. One of the stimulating factors that aid terrorism activities, and gingers them, is that they know that at every point they are operating there’s a sympathiser somewhere that identifies with their course and that gives them that courage.

So, when terrorists are operating, they know that there are people somewhere saying let them continue what they are doing. As long as they know that there are sympathisers, either in the name of religion or ethnicity that tend to align with them, it will give them that guts to continue their devilish acts. So, until we as Nigerians build that consensus on insecurity we cannot get out of this mess.

Last week, the majority and minority caucuses of the National Assembly bickered over the latter’s call for Buhari’s impeachment due to his failure to curb the worsening insecurity. What do you have to say about this?
That’s politics, but before now the two parties have been doing well in the National Assembly, working together. I just appeal to them to sustain that harmony. In fairness to APC parliamentarians, on issue of insecurity they have not been compromising, they’ve not been mincing words; they have not been stingy with words, in fairness to them. They’ve been frank and bold with Mr President, aired their opinion, they’ve not allowed partisanship to shape their views on that and that needs to be respected. To me, the National Assembly has done very well on the issue of insecurity, they have been resolute, their stance in condemning insecurity is not negotiable and I appeal to them to just sustain it. Both parties should sustain it, they should not allow party politics to permeate into their perceptions of what is evil. They should continue as they have been doing, they should remain resolute, condemn it, and make sure the Executive takes the right decisions to get these devilish characters out of Nigerian soil.

With the gale of defections, will Nigeria ever have a stable political system as seen in advanced countries?
Defections don’t mean we are not stable. Politics is about interest, most people are defecting on account of local politics, I don’t blame them, because everyone wants to win elections. We have not reached where UK and USA are in terms of maturity, ideology-based politics, but again we are evolving, one day we will get there. Defection or no, defection to me does not suggest that the country is not politically stable.

By the time you remove immunity clause for governors, going by the experience we had under Obasanjo, you wouldn’t know what the center could do. A system where the center to a large extent controlled the judiciary, law enforcement agencies, the only protection governors have is that immunity clause. So if they remove it today and they say we have one case against you, go to court and they give order to the judge, anything can happen. For the sake of sub-national government, it should be retained. Constitution amendment is a continuous exercise, as we advance and develop politically perhaps we will get to a stage we can now say yes it’s time for us to remove it. But for now, for political stability I think it should be retained.

When I came on board, I tried to sustain the legacy of my predecessors; I tried to improve on their achievements. Ensuring that the programmes put in place like training, capacity, providing technical assistance to the National Assembly in the areas of Bills drafting, scrutiny, policy scrutiny, and so on, I tried to sustain all those. But again I met on ground an institute that had in place staff that were not in good mood with the management. The issue of staff welfare was a big issue when I came on board, I met catalogue of staff on contract without confirmation, no promotion for staff, I met a lot of disgruntled staff who believed that they were not well-positioned.

So, I tried to address staff welfare because staff is key to productivity. I set up a committee to look into the grievances of those staff that had issue with their promotion and they were adequately promoted. Staff that were not trained were sent on international training. Almost 70 per cent of my staff, especially research fellows, was sent on international training within six months of my stewardship. Today, the legitimacy I get as DG was on account of the welfare and how endearing staff are to me. Another thing is how have we been able to improve on the capacity of parliamentarians? Before I came on board, the institute focused majorly on the National Assembly lawmakers, but I believe, with all sense of responsibility, that the institute is not just for National Assembly parliamentarians or staff alone. To deepen democracy, we have to go to the grass roots, we have to nurture democracy right from the base, and as such what are we doing for parliamentarians at the state level? How are we handling their capacity? You can’t just focus on the National Assembly; as a matter of fact people that come to the National Assembly are from the states.

So, one initiative I came up with is for our activities to get down to sub-national level. So in 2019, the first thing I did was to call a round table of all speakers in Lagos. Out of 36 speakers, 33 were in attendance to discuss some fundamental issues that have to do with Nigerian parliament, issue of financial autonomy, some rudiments of legislature and so on. After that, we have had series of trainings for almost all state parliamentarians. These are some of the achievements; we’ve done so much more. People have felt our impact and they now know we exist.

There is newly inaugurated committee on the NILD’S lecture series, to be chaired by Prof Attahiru Jega, can you give insight into what informed the initiative and expected outcomes?
One of our mandates as an institute is to create platform for engagement with the stakeholder, the Nigerian public, critical stakeholders. We are talking about capacity building; it must not start and stop within the chambers of the National Assembly. As an institution, I said let us come up with a lecture series that will establish a nexus between the Executive and the Legislature. That will serve as a bridge between the legislature and the Nigerian public.