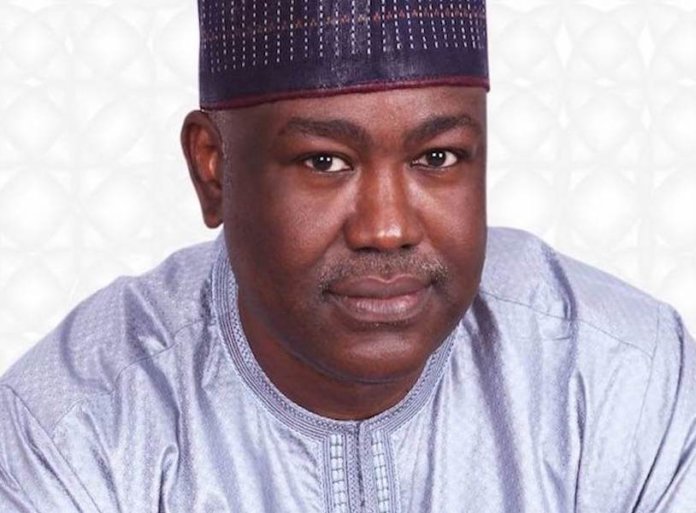 A former presidential candidate in 2019 general election, Mr. Gbenga Olawepo-Hashim, has called on political leaders in the country to unite and save Nigeria from imminent collapse.

Olawepo–Hashim, who was the presidential candidate of the Peoples Trust (PT) in the last presidential election, reiterated his belief in a united and indivisible Nigeria and noted that “it is unfortunate that many are still carrying on as if it is business as usual, while it is not!”

He made this remark yesterday while expressing his views to journalists in Lagos that the time has come for political leaders in the country, irrespective of their political or ideological leanings, to put heads together and agree on a workable agenda that would stabilise this bleeding nation.

“The nation is on fire and we must put it out right now! Nigeria’s political leaders across political lines in government and out of government must urgently arrive at a consensus to secure the country and return it to a path of peace and unity in order to give hope to the citizens who desperately need to be assured that their father land can still work for them.”

He added that the challenges confronting Nigeria would require the goodwill of all patriots to resolve because they “are larger than any particular political party in government or in opposition. They are bigger than any group’s interest or ambition.

Olawepo–Hashim also recommended a six point agenda as a pathway to security and peace in Nigeria, which include the establishment of a Defence Co-operation Agreement (DCA) with countries that are friendly to Nigeria in order to halt the threatening insecurity in the country.

He said that those who are fighting Nigeria are from all over the world and multinational in their composition.

“We must put our house in order by resolving internal wrangling through dialogue, fairness, and justice.

“We must have a broad-based cabinet that can inspire hope, efficiency, and national unity.

“We must immediately create the framework for states and local governments to have their own police.

“All states should have concurrent jurisdiction over mineral resources within their state and pay taxes to the federal purse.

“We must decentralise electricity generation, transmission via local grid and distribution. This should be on the concurrent list,” he said.

The former presidential candidate said that time is running out for orderly resolution of the issues constraining the country’s security, adding that “peace and security at this critical time is the least we owe our people who have suffered too much deprivation.”