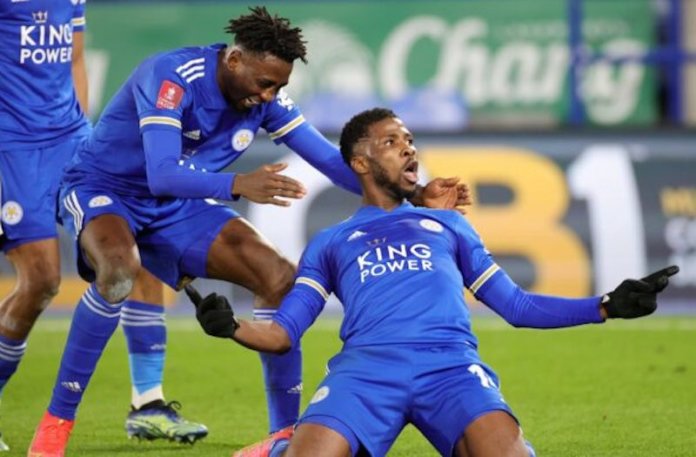 Nigeria and Leicester City’s in-form striker Kelechi Iheanacho insists he never gave up hope that he would return to form even during his lowest ebb.

Iheanacho, 24, was overlooked by Nigeria for the 2019 AFCON in Egypt after finding himself on the fringes with the Foxes.

In recent months though his fortunes have changed as he was named March’s Premier League player of the month, signed a new deal to keep him at Leicester until 2024 and is on course for a double award for the month of April.

“I think a lot of people wrote me off, but I never lost faith in myself,” Iheanacho told BBC Sport Africa yesterday.

“I was going through a crazy and difficult time when things just didn’t work out for me.

“But I’ve worked extremely hard, and also have the manager and other staff at Leicester, and most importantly brother and friend Wilfred (Ndidi) who stood by me.

“It’s been a really tough ride but I’m just delighted it’s all come together for me.”

Iheanacho is the Foxes’ top scorer this season with 18 goals, the first time since 2014-15 that Jamie Vardy has been in danger of not leading the way.

A far cry from a striker who had to wait 14 months for a Premier League goal between September 2018 to December 2019 leading to some severe criticism.

Among those who criticised Iheanacho was the Nigeria manager Gernot Rohr who publicly questioned his commitment and professionalism to the national team back in 2019.

and playing a huge role in their quest for Champions League football, the player believes his latest form goes some way to answering his critics.

“It was truly a bad patch and we all know that some people are always too quick to judge,” he said.

“To hear some people come out now and start saying positive things again is only normal but I don’t even bother.

“I only have to prove to myself that I can do this consistently, continue to grow, help my club and country when I get the chance to play.

“We have a lot ahead of us. It’s that time of the season where you want to fight for everything in front of you and not get carried away.”

Iheanacho has made 125 appearances, scoring 38 goals and providing 19 assists, since moving to Leicester from Manchester City on a five-year contract in 2017.

At international level, he has scored nine goals in 30 appearances for Nigeria since making his senior debut against Swaziland in November 2015.

He starred as Nigeria won the 2013 Under-17 World Cup for a record fourth-time and emerged as the tournament’s outstanding player, being voted the Most Valuable Player.

He also scored six goals to secure the Silver Boot as the competition’s second-highest goal-scorer.