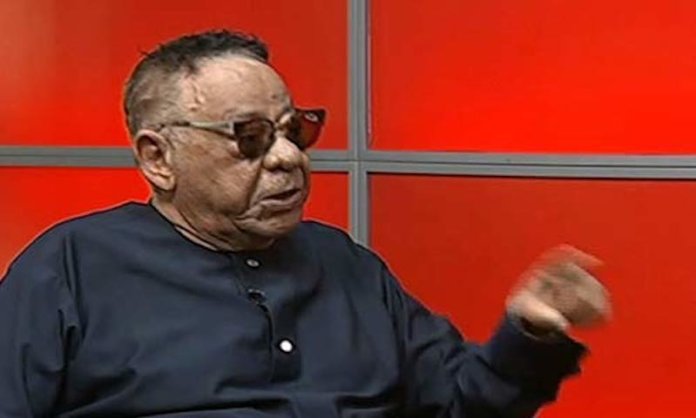 As I was crawling in the midnight to go and cheat (see you!) As I say cheat, I am sure some of you have started thinking that Duke wants to go and knack house girl now o. God forgive you). I am not supposed to eat after 6:00 p.m. again, according to Dr Nwabuoko. But when you take Greek yoghurt and fruits by 5.30 p.m., by 11 p.m., Afang will start calling you. You will begin to see afang everywhere. In fact, even if Duchess dresses like Playboy bunny and come to you, it is afang you will see. So, at night I used to sneak into the kitchen and cheat with Afang. I will lick the soup that she would have kept on the cooker to cool.

I used to steal only a piece of meat, so she will not notice before they give me a bad name. So, this night as I was moving in on the kitchen, she had slept off. You know ZEE world don catch that one. So she had slept off on the couch, but the TV was on Arise TV, and I saw scrolling down ‘SAN calls for military intervention’ because my mind was on the afang, I no catch am well. But it disturbed me sha. The next day, I saw the statement by the military authorities decrying that statement and naming oga as the author of that statement. When you want to yab SAN you have to be careful, but after reading his statement as carried by Channels TV, I say this is real mumu talk. That the president should hand over to the chief of defence or something like that, dissolve legislators and all that baloney. Be like say oga did not eat breakfast before he went on that TV interview. He must be drunk in love. You know when you love something so much, you will not be rational again.

You will just be emotive towards that thing. Look, Nigeria of today is giving everybody concern but not enough to ask soldiers to come back for anything. That cannot be any solution. It will just worsen the whole thing. Abi, haven’t you seen what they have told us about military spending since this thing started, but yet na white-bearded Gumi we dey listen to after all the trillions spent on defence? Mr Clarke, if you really have nothing credible to say on TV, please go and enter Big Brother House and bath. Imagine!