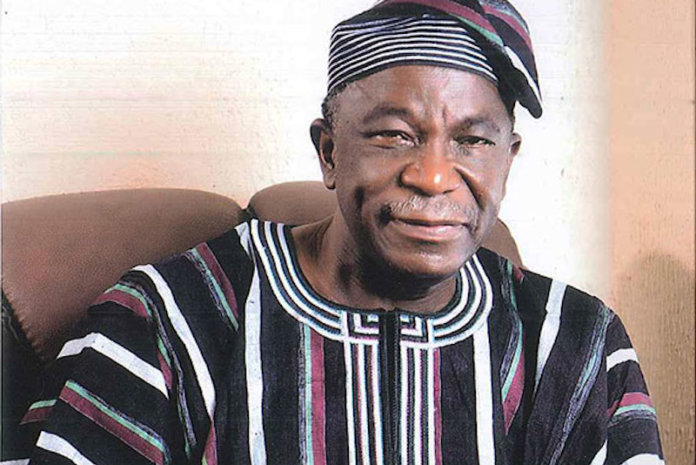 Jacob Olupona pays tribute to Chukwuma, former director, West African office of Ford Foundation
Many who mourn Innocent Chukwuma today, will take comfort from the memories of the good times shared with him. His departure, at a very difficult time in Nigerian life, has left a vacuum, particularly among civil society compatriots and we hope that God in his mercy will fill this emptiness.

Our paths crossed, barely about two years ago, when I paid a visit to his office to discuss the programs and activities of the Institute of Advanced Studies at Ile Ife, which began in 2017. It was at the urging of Olusegun Adeniyi, a former Fellow of the Weatherhead Center for International Affairs and Editorial Board Chairman of THISDAY Newspaper. As we sat down to talk, Innocent reminded me very quickly that, like himself, I had schooled at the University of Nigeria, Nsukka. And like him, I also read Religion and was very actively involved in Student Union activities in the early 1970s. This coincidence led me almost to forget the purpose of my visit. While I was thinking about the sheer force of this introduction, he quickly added that my BA long essay, written in 1975, still lies in the department of religious studies library at Nsukka. We then sat down to talk about the program I had wanted to discuss with him, and I was quite amazed that he knew about the annual Ife Summer Institute, had read about it, and had indeed been following the progress of this scholarly endeavor and training offered to the younger scholars in the academy.

The monumental work and services that Innocent offered at the Ford Foundation, as director of its West African office, his leadership role in developing and enhancing several civil society groups will be his lasting legacy. Further, the provision of support to many fascinating initiatives which patrons like myself brought before him will remain in our memories for a long time. His tenure at the Ford Foundation opened up an exciting new chapter on several fronts. He stood for social justice in a country that is increasingly disintegrating, supporting numerous civic organizations, young and upcoming scholars and community workers and making necessary interventions in the important sector of Gender and Women’s Studies.

We were honored to have Innocent speak at the opening session of the 2020 Summer Institute, Ile Ife and serve as the guest of honor. Innocent shared theplatform with the Vice-Chancellor of Obafemi Awolowo University, Ile Ife, Professor Eyitope Ogunbodede and (now former) Chairman of First Bank, Nigeria, Dr Ibukun Awosika. For Ife Summer Institute’s 2020 participants, Innocent’s presence at the opening will continue to loom large in their memories as an unforgettable experience.

His remarks on that day demonstrated that education was one of his primary interests and quite close to his heart. The speech as reported by THISDAY newspaper recognized him as one of the very few transformative leaders the nation has ever had. That day, Innocent remarked that the Summer Institute realized that, since the World Bank and IMF-inspired structural adjustment programs were implemented in Nigeria and the rest of Africa, the fortunes of public education in Nigeria had dwindled. By his estimation, every academic of African descent living outside of Africa complained about the quality of doctoral dissertations in Nigeria and by extension the academic research coming out of African universities. However, very few of them have done anything to remedy the situation.

When I told him about the summer initiative two years earlier, he said, “Prof. we want to support your work. It is only a matter of finding an appropriate framework and a robust approach to it that will align with our strategies and priorities at the Ford Foundation.” He understood how important the work of the Institute was, but more importantly he was vocal about what the Ford Foundation wanted to support that year. During our discussion, Innocent mentioned how impressed he was with the gender representation in the composition of the Fellows, and how the empowerment of women and girls aligned well with Ford’s strategic initiatives. It did not take much for him to make the connection between the Summer Institute and the Ford Foundation.

Innocent’s speech also applauded how the Institute quickly pivoted when the COVID-19 pandemic destabilized the world. He highlighted how institutions should take advantage of pitfalls and disappointments to model creative ways of finding solutions to the challenges they face. He challenged us to embrace the infinite opportunities available to advance our vision for the global academy, and also through the virtual model, appending other programs which could extend our offerings into areas beyond the humanities and social sciences. In 2022, we hope to include Science Technology Engineering and Math programs in the Summer Institute, thus entering a new frontier of academic training excellence for Nigeria and the rest of Africa.

Unknown to him, Innocent had conveyed to the Fellows a masterful speech on Ford’s process and progress of championing worthy projects that add practical value to the Institute’s lectures through transparency, visionary leadership and nation-building. It is also no surprise that since Innocent’s transition the Institute for Advanced Studies has been receiving condolences on the departure of the Institute’s loyal friend and a benefactor. Sadly, Innocent will never know how much his remarks inspired the minds of almost two hundred young scholars who participated in the online Institute from Nigeria, Africa and other parts of the world.

My sadness also emerges from the unaccomplished dreams and projects Innocent was mapping out for his post-Ford career. In what turned out to be our last telephone conversation, I shared with him several items that I considered to be important areas of national need, which he could explore. Surprisingly, he already had a catalog of projects he had lined up for the present and future pursuits, such as writing his memoir, rethinking philanthropy in Nigeria, fostering and shaping political participation, reorienting our youth into more rigorous civil engagement and social services. This is why his transition is very painful and sad.

Innocent’s sharp mind, his joy in waving the flag of freedom in our country, his contentment and his very well-lived life of service among us are some of the reasons that lead us to give thanks to God for sending him our way. We know that Innocent would have loved to depart Nigeria as a nation in a better state than he met it. But fate did not allow him to do so.

Innocent was an open-hearted person and had a very amiable and humble personality. His vibrancy and hard work were fillips to all his admirers. His energy and commitment were amazing. It is a blessing to have known him and connected with him two years ago.
I pray that Nigerians, at home and abroad, will continue to honor Innocence legacy of hard work, friendly disposition, and deep love for Nigeria. May God console his family and all his loved ones. And May his memory be a blessing to all of us.
–Olupona, NNOM, is Professor of African Religious Traditions, Harvard Divinity School and Professor of African and African American Studies in the Faculty of Arts and Sciences