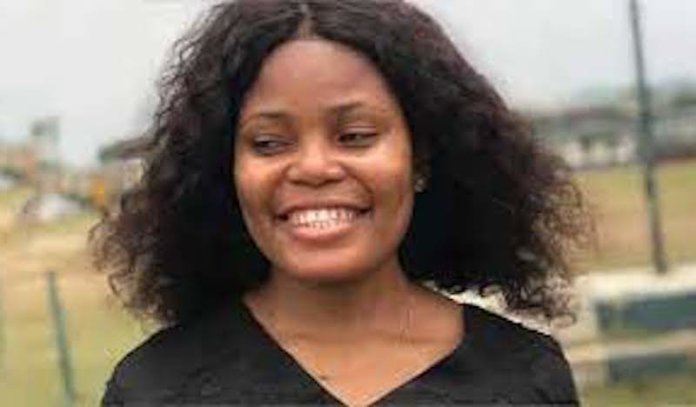 The late Iniubong Umoren lost her life in the hands of a self-confessed serial killer and rapist. The prime suspect who is now singing confessional songs like a canary bird in police custody, took advantage of the situation of the Akwa Ibom State and Nigerian society, lured the victim to his den, and the rest is now history.

I strongly believe that the victim could have been saved from the jaws of the beast, if a combination of factors functioned as they should.

Alarm was raised early enough that Iniubong was potentially in danger after she was heard screaming on the frantic phone call she made to her friend.

A distraught sibling of Iniubong wasted no time in rushing to the police station to incident the matter, but was reportedly told by Police that action will be taken if she (victim) does not return after 24 hours (one long day). When the sister went back to the police station the next day, she was reportedly asked to give “fuel money and mobilization fee” before the police can swing into action. She was not with money. She notified her late sister’s friend in Lagos who resorted to raising funds via Twitter. Alas, the “fuel money and mobilization fee” was raised by compassionate Twitter users.

All this while, the victim who was incommunicado, was reduced to a bizarre experiment specimen by the prime suspect in his den. She was beaten to pulp, allegedly raped, before being killed. She was in extreme danger while the police were negotiating for “fuel money and mobilization fee.”

We all know that things have worsened to a stage where the police can no longer defend themselves in today’s Nigeria. But, it is embarrassing for the Nigeria Police to be associated with “fuel money” allegations in the 21st century. It smacks of barefaced inhumanity and gross violation of their constitutionally enshrined responsibility of protecting the lives and property of the masses.

It is only an alien who just arrived Nigeria from one of the distant planets, that would dispute the fact these things are happening in police stations set up with tax payer’s money.

Also, the Akwa Ibom State government has been living in denial when confronted with startling unemployment indices. Over time, we have seen this administration issuing press statements debunking credible statistics churned out by agencies like the National Bureau of Statistics (NBS), and others.

Truth is, there is famine in the land. The youths are jobless. Our aged parents (if you are lucky to have one) are equally suffering. Instead of fixing the astronomical unemployment problem, this administration revels in reeling out a list of fictitious industries. Sweet factory, ethanol refinery, toothpick industry, paint industry, starch factory, plastic plant, and other “audio” industries. Maybe there are established on Planet Mars, Jupiter or Saturn, not on Earth!

While the Iniubong Umoren incident is not peculiar to Akwa Ibom, one cannot dispute the fact that many criminals will find more preys in an environment where there is a large army of jobless youths.

The other day, female government officials led by the governor’s wife hit the streets in protest, calling for justice for the murdered Iniubong Umoren. I thank them for lending their voices to the agitation. I must, however, suggest that they also take the agitation to their respective offices. Government must return to the drawing board. Job creation must be prioritized. It is appalling to note that the children of political office holders are cocooned in looted affluence while the children of “commoners” risk their lives, combing the streets in search of non-existing jobs.

Truth is, the state government did not care for Iniubong when she was alive. She once posted on Twitter that the infamous ‘International Worship Centre’ was a waste of public funds. She suggested that the billions of Naira used for its construction be used in tackling unemployment. The government never listened to her! Upon her death, the fake love showed by those who snubbed her voice of reason, is mistaken for a genuine agitation. Of course, their banners read #JusticeforIniobong. The girl who was killed is Iniubong, not Iniobong. Can’t this government just do something right albeit simple? I am not afraid of being misunderstood, but I have passed my message.

We are all “guilty” of Iniubong’s demise, not directly, but through long-term and short-term actions which eventually led to it.

Ours is a society where morals are substituted for ill-gotten affluence. The prime suspect must have been influential among his peers. A ‘big boy.’ The one adored by ladies of easy virtues. A party starter! A “successful” boy who some parents wish their kids to be like or be associated with. Sadly, that is the stinking inverted society we live in today!