Immigration Officers Trained on Mental Health in Rivers 48 mins ago 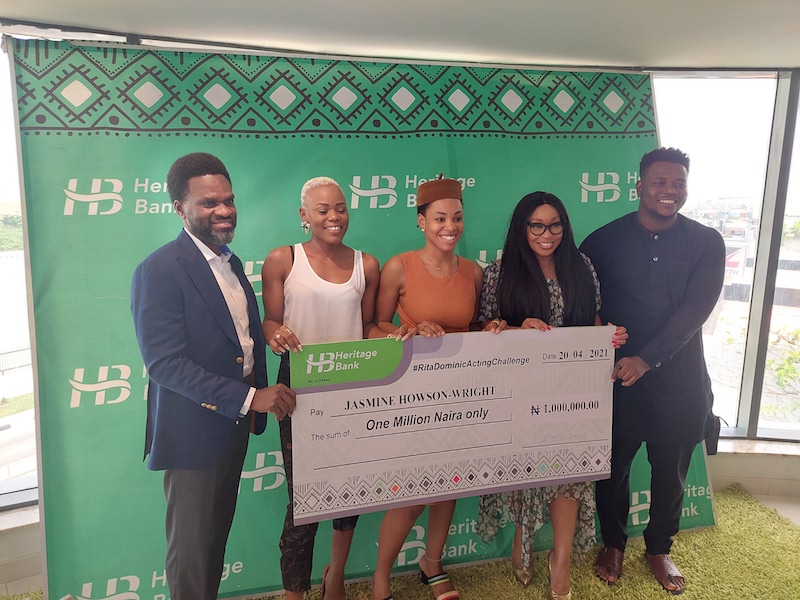 Shortly after the premiere of her latest film ‘La Femme Anjola’, Dominic took to her Instagram to announce an acting challenge for young talents looking for a platform to shine. The challenge required participants to depict a particular scene from the film in whatsoever direction they deemed fit and only lasted a week. The submissions were vetted by Dominic, alongside Nollywood stars Ego Boyo and Femi Jacobs.

“We got so many submissions. It was difficult to select the finalists,” said Dominic.

She disclosed that it has been a long-time dream of hers to scout and groom talents in acting, having experienced the limitations in the industry for a newbie. She advised the winners to be relentless in their pursuits and explore different ways to achieve their dreams

The director of the film Mildred Okwo who was present at the prize presentation told the winners to “take advantage of the platform.”

Sponsored by Heritage Bank, the winners were handed their cheques at the event by the Chief Marketing Officer Fela Ibidapo. Howson-Wright received a cheque of One Million Naira while Okafor and Anowi received N300,000 and N100,000 respectively.

“The plan has always been to put our money where our mouth is,” said Ibidapo. “The arts and the entertainment space has always been where we felt that there’s always going to be an opportunity for us to do something like this. So it’s a sheer privilege to celebrate the movie and the winners.”

In addition to her cash prize, Howson-Wright will also feature in the next project of The Audrey Silva Company.