He said the incessant harassment and intimidation of journalists in the country was a major setback that should be nipped in the bud in order to allow for a free and enlightened society.

Numonengi who stated this in Yenagoa, while inaugurating the Solalina Media chapel of the NUJ, said efforts to gag the press would always be an exercise in futility, “as the media in Nigeria has become more fortified to withstand any form of oppression and attacks.”

He said: “The Press should be free. Some people allow themselves to be gagged. That’s the truth. While in some cases, in some areas, the government tends to want to control the Press. But as journalist, once you are professional and even the government knows that you carry out your duties effectively without bias, I think that way, it would be hard for them to gag you. That’s one thing I’ve come to understand.

“Once we notice that a particular journalist or media house is being gagged and when we know they are professional in carrying out their duties, we would always come out to stand for them.

“So, in Bayelsa, I want to say we are no longer experiencing that issue of media being gagged and I want to hail journalists in the city because I’m beginning to notice that most of them are professional in carrying out their duties”.

The Bayelsa NUJ boss described poor remuneration and lack of adequate working tools as some of the challenges facing journalist in this part of the world.

“Even government media houses still have the same issues not to talk about the private ones. Yes, there are some private ones who are doing better and tend to have more equipment but upon that, we still see journalist go out, maybe just with their phones, not with the correct tools that should be provided for them by their employers.
“As for the salaries, yes, I will keep saying it; the take home is not good. I wonder how those working for the private media are coping. We even have some who are not able to pay their workers.

So, we always keep calling on government to see the need for media workers, for journalist, to be given needed support, especially in the area of payment of their salaries and allowances. You’ll see someone just sitting in the office, because he’s working in an oil company, he just sits in his office, under the AC, signs some papers, when he gets tired he goes to their restaurant to rest a little, come back, sit and go.

“But as journalist, we are always working, always thinking. BecaWuse the little time you said, let me just blank out a little, you will lose a lot. So you see us, even while relaxing, we are still working, we don’t have time to really rest and yet our take home is so small.

While congratulating Solalina Media, he charged the executives of the chapel to be very professional in their job and maintain the highest of standards expected of them.
He assured that as the newest member of the NUJ family, they would be fully integrated and accorded all the rights and privileges other members have.

In his remarks, the Chairman, Solalina Media NUJ chapel, Mbah Okemsinachi Green, described the event as historic and lauded the leadership of the NUJ, assuring that they would not disappoint the council.
“As you people are going back, just be assured, Solanida Media chapel is in safe hands. We will do our best to promote the cause of the NUJ in the discharge of our duty and also ensure that everything goes according to the way it’s supposed to be.

“We will play by the rules and at the end of the day, we will also make sure that more people join us who will promote the Solalina brand, for the fact that it’s a new chapel does not mean that we are new. We have people that are capable, people that have done this before and we have the ability with my Exco”. Solalina Media, are the owners of Niger Delta Connect and Scannews with a strong bias for developmental, investigative and citizen journalism. 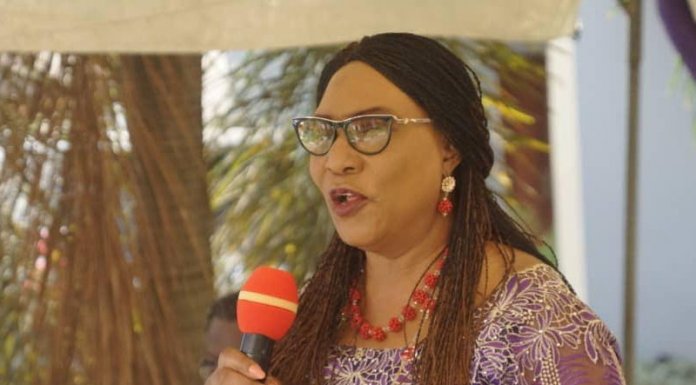