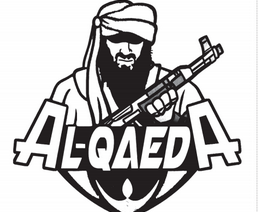 The authorities should take the warning by the US commander seriously

Barely Eight months ago, Dagvin Anderson, Commander of the United States special operations command in Africa, warned that ISIS and Al- Qaeda are gradually making a foothold in Nigeria. Last week Anderson repeated the warning about the two notorious global terror networks. “So, this intelligence sharing is absolutely vital and we stay fully engaged with the government of Nigeria to provide them with an understanding of what these terrorists are doing, what Boko Haram is doing, what ISIS-West Africa is doing, and how ISIS and al-Qaeda are looking to expand further south into the littoral areas,” said Anderson.

This is a warning that should be taken seriously. For more than a decade, Nigeria has been fighting a bloody insurgency in the North-east. This is helped undoubtedly by the country’s many porous borders, where organised criminal gangs slip in and out for their nefarious activities. Many of the unemployed youths are reportedly easily sucked in by stacks of money. Nigeria is surrounded by many countries like Niger, linked to others like Mali, battlegrounds for Al-Qaeda. This has created so much lawlessness being exploited by sundry criminal cartels that operate almost unhindered across the country.

Unfortunately, the Army Defence Headquarters last August downplayed the threats posed by these violent extremist organisations, arguing that Anderson’s alarm was stale. This time around, they did not even consider it worth their while to respond to the alarm raised by the US army commander. Which is worrying, particularly with reference to the spate of violence and killings in the Northwest, and increasingly in the North central and in the South. Why is the Northwest, initially shielded from the atrocities of the Boko Haram insurgency, increasingly becoming a hotbed of violence and indiscriminate killings?

In the past few years, the Northwest has been exposed to a cocktail of criminality – from cattle rustling, banditry, kidnapping, pastoral violence to jihadists groups, particularly the Islamic State West Africa Province (ISWAP). States like Zamfara and Kaduna are constantly under the gun, leading to deaths of thousands of innocent men, women and children. Only last week Governor Bello Matawalle of Zamfara State said bandits had wasted more than 2700 lives, kidnapped more than 1200 and collected more than N970m as ransom in his state. According to the governor, there are almost 30,000 bandits in 100 camps in the state and five neighbouring states of Sokoto, Kebbi, Kaduna, Niger and Katsina.

The many hyped operations by the military – from ‘Harbin Kunama’ to ‘Puff Adder’ and ‘Exercise Sahel Sanity’ – to combat the high volume of crime and enhance the safety of Nigerians have not achieved much. The people and communities are still vulnerable, despite their best efforts. As things stand, the entire country is gradually being sucked in by various terrorist groups. The North-east is under siege and devastated by the extremist religious group, Boko Haram. More than 30,000 persons have been killed and millions of others rendered homeless due to the bloody campaign. The Northwest is coming increasingly under the grips of several terror groups while the South of the country is now being targeted as the next destination for terrorism export. There is no doubt that there are already sprinklings of the exports with regard to large scale and unexplained violence in many communities in the south. For a nation that is already financially challenged, the cost of fighting insecurity is staggering.

We will continue to thank the US African Command for sharing vital intelligence and alerting the nation to the complexity of the threats we face. It is still left to the authorities to do what is desirable: mobilise the manpower with the necessary skills and resources to contain the threats.