When Abraham Lincoln, a former American president and historical figure of great repute averred that ‘’while the statesman thinks of the next generation, the politician thinks of the next election,’’ he obviously didn’t know that his words would reverberate in the heart of Africa centuries later. This statement of fact aptly captures the very essence of the evolution of Nyesom Wike, Governor of Rivers State into an emerging voice of national conscience and a living legend of great reckoning.

Though his actions and public engagements effuse varied perceptions among a cross-section of Nigerians, Governor Wike is evolving into the best state executive in the current dispensation and setting a pace for transformational leadership across the nation. Apart from an unnecessary politics of acrimony playing out in Rivers with a tendency to impede development initiatives, the leadership character of the man at the helm of state affairs is a needed impetus to the prospects of the collective aspirations of the good people of the state and he is seemed to be judiciously using the mandate generously given to him by his people.

Noteworthy is the fact that the quality of leadership in Rivers should be of concerns to those who believe in the inherent greatness of Nigeria as a whole owing to the strategic status of the state. Being endowed by providence with a huge deposit of mineral resources and a composite pool of human resources, Rivers State has been a major economic mainstay of the country. Her sociopolitical make up also bequeaths some sort of renown in the Niger Delta extraction which makes any individual who emerges as governor of utmost importance to the Nigerian public.

This is why the personality of Governor Wike and his predisposition to issues germane to development has come under robust scrutiny from critics and well-wishers alike. For a man who rose through the ranks of politics to become a figure of national reckoning, Wike’s various political exposures- from serving his people as Chairman of Obio-Akpor Local Government where he effectively rid the area of criminals; through to his meritorious service to the state as Chief of Staff to Governor Rotimi Ameachi and his subsequent national service as Minister For Education – obviously prepared him for the current role in
administering the heart-beat of Nigeria and assuming a moral fortitude for the political class. Defying arduous odds of an estranged political patronage with his immediate predecessor, the stage has been set for Wike to write his story in gold.
Interestingly, unfolding developments in Rivers have affirmed a determination to recreate a garden of modernity which could serve as a model not only in the Niger Delta geo-polity but across the entirety of Nigeria.

Considering the magnitude of development projects that have been commissioned for public use recently in Rivers State by the administration of Governor Wike, a clear testament has emerged on the character of the man who weathered the storm on his peoples’ behalf to be their champion of development: a brand new model of people-oriented leadership borne in sincerity and integrity.
Regardless of what contrasting opinions might want to have us believe, that Rivers people have seen the flag-off to standard completion of projects that should transform their fortunes for the better on a scale not seen before and this is beyond mere grandstanding.

When Sunday Dare, Minister for Sport and Youths Development said during the commissioning of the Real Madrid Football Academy in Port Harcourt on Tuesday, March 10, 2021 that ‘’football history and youth development docked in Port Harcourt today as Gov. Nyesom Wike

opens up the real Madrid Football Academy …A step in the right direction, Gov. Wike has shown the way, let others follow,’’ the ruling party’s apparatchik was lending vent to the testament of the governor’s determination to impact on all spheres of the lives of Rivers people and Nigeria at large. The football academy initiative has the potential to expose the latent talents in the youths of Rivers State and further enhance the business prospects that football is assuming globally and is an idea that would outlive generations.
The honourable ministers affirmation – a rare but inevitable acceptance of Governor Wike’s indelible footprints on the sands of development by
the APC – was just an instance of what many other notable Nigerians have said of the giant strides associated with the sterling brand of the face of modernity in contemporary Nigerian.

As at the last count by this keen observation, notable Nigerians who themselves brought significant developments to their people during their tenures like former Jigawa Governor Sule Lamido, whose administration transformed a hitherto rural state to a bedrock of development; erstwhile Kano governor, Senator Rabiu Kwakawanso; governors of Sokoto and Bauchi State and several others have taken their respective turns in commissioning projects including seven
flyovers crisscrossing and transforming the ambience of port Harcourt metropolis to astonishing levels and construction of hundreds of kilometres of roads connecting every nook and cranny of the state.
Governor Wike’s commitment to transform his state has given him the moral pedestal to be a rallying point on issues of good governance and purposeful leadership in Nigeria; an affirmation that puts him in the political consciousness of successive generations of Nigerians.
––Adams Abonu wrote from Asokoro, Abuja 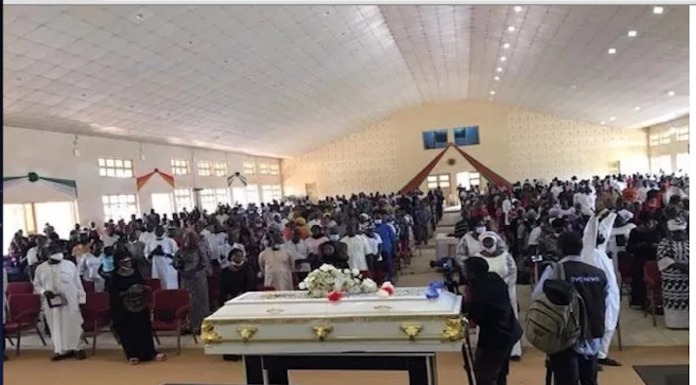