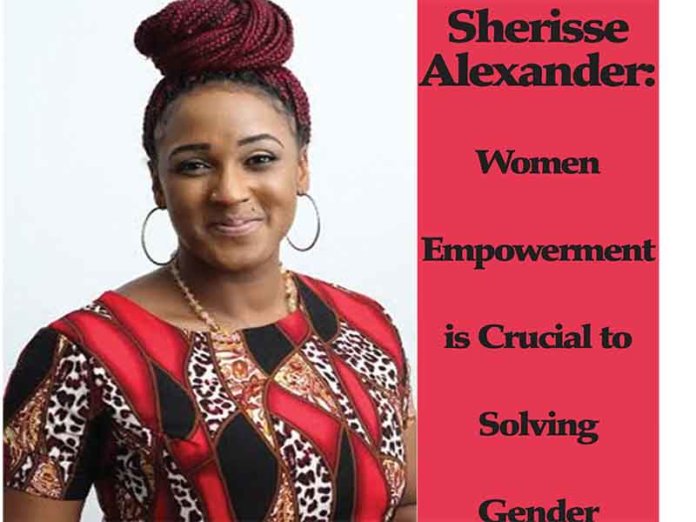 Sherisse Alexander is an experienced fund manager and WATT’s chief investment officer with over 18 years work experience in the financial services industry. In this interview with MARY NNAH, she gives insights into why gender equity is crucial for social and economic development and what role the private sector has to play

What actions have been taken by Watts Renewables as a company to drive gender equality in Nigeria?

WATT Renewable Corporation recognises that we operate in an industry that is largely represented by men, and as such, we strongly advocate for women within our organisation as well as potential new members of our team to feel free to have an impact within our company as well as the industry we operate in.

We are mindful that women within Nigeria face unique challenges not only as it pertains to employment, but also within the communities where they are supporting their families at home and in business.

We are also aware that women are not only raising and supporting their families but also in the labour force either as employees or business owners themselves.

However, it’s also significant that women are conscious there are policies and programmes in place to empower them and set them up for success within the companies they work with.

How can we promote more gender inclusiveness in the energy sector, most especially in a sector that once looks like an exclusive preserve of men?

Gender inclusion as a whole, not just in the energy sector means acknowledging the differences between men and women and the way in which we operate.

Additionally, it means allowing women the place and space to boldly wear all the things they love to wear, without making them feel like they’re at a disadvantage.

For decades, and even now, women feel like they have to make a choice between their focus on their career or become a traditional woman, i.e. a wife and mother that stays home and takes care of the home, while men go out and work to take care of the family.

With all the advances of technology, women don’t have to make all these choices. Although a handful of us have been able to have both a valuable career and raise a family, however, the number of women who still don’t feel empowered enough to have both is still far too large.

Can you share some unique challenges you have encountered in the energy sector, simply because you’re a woman?

As a woman, generally speaking, I approach matters of business very differently than most men. My approach is much more about connecting with people and building valuable relationships that are mutually beneficial for all parties involved, and the idea I’m often faced with is that the way that I present myself must be more aggressive and dominating in order to have any value in the room.

Many women also believe that for their voice to be heard, that they have to scream louder and be bigger than anyone else in the room. In my experience, women have to be okay with their way and not feel the need to behave a certain way because it’s what’s worked for men. I get the challenge, I honestly do. But part of gender inclusion is really being okay with who you are and what you bring to the table.

In your personal view, what are the societal challenges Nigerian women are facing and how do you think private organisations can help to solve some of these challenges?

The societal challenges that I see that Nigerian women are facing are essentially based on existing conservative ideologies about the work that women should be doing.

Traditionally in many parts of the world, a woman’s value in a work environment is to sit behind a desk and have a pleasant face and figure for the guests entering the premises. That is not to say that a woman cannot be valued for more than her face or body, it’s just to say, that it’s still an expectation that is present in Nigeria. For example, we operate a Network Operations Centre (NOC) that monitors all the sites under our management 24 hours a day which means there is always someone working day and night.

We have women that are interested in working in this department; however, they are only willing to work the day shift because of the preconceived notions around a woman working at night. The most impactful way that we can begin to create change is by enhancing community education and empowering women to feel confident by exploring traditionally male-dominated environments.

In Sub Saharan Africa, especially Nigeria, poor cultural practices and gender bias have eaten deep into every fabric of our society, what do you think should be done to put an end to this?

That’s a heavy and loaded question. When something is deeply rooted in the fabric of society the only thing that can begin to make way for change is persistence and commitment. It begins right from birth, with the woman who is giving birth to her daughter.

And empowering not only her daughter to know her worth and her value, but her sons as well, to recognise the worth and value of their female counterpart, their sister. I am a mother of four children myself; three boys and a daughter. From the day my daughter was born, I made sure that she recognises without a shadow of a doubt the importance of her value. Not because of her looks, or her body, but because of who she was as a person. And with my son’s, not only did I ingrain in them to value their sister, but all women alike that they meet.

That isn’t to say that I encouraged my sons’ to coddle my daughter, in fact, I would often say to my daughter, if you want to be equal then you need to act on it. You can’t be coddled one minute and treated like an equal the next – pick your lane. So to all my sisters out there I would say the same thing, we need to be consistent. We cannot have it one way sometimes and another way other times.

What role does the private sector play in promoting gender equality and why is it important to take gender concerns into account in corporate strategy development, programme design and programme implementation?

The private sector has a valuable and unique opportunity to truly effect change in promoting gender equality. While it is important to take gender concerns into account in corporate strategy development, programme design and implementation, however, ensuring that women have a seat at the table is the first step in working towards gender equality. Equality for the sake of equality is not equality at all.

This cannot be treated like affirmative action, which in my opinion only breeds resentment within a corporate environment if not handled well.

The key is to provide women the opportunity to show that they are capable, while still ensuring that the best individuals are placed in the best positions and environment for the success of the individual and the company as a whole.

Commemoration of International Women’s Day today ranges from being a public holiday in some countries to being largely ignored elsewhere; in some places, it is a day that celebrates womanhood. Do you think there is a need to make this day a focal point in the movement of women’s rights?

The journey to equality is a very young one that has really only made strides in the last few decades. So yes, International Women’s Day should continue to be a focal point in the movement of women’s rights. Otherwise, how do we continue to bring about change? There are still many regions of the world where women do not have a voice, let alone equality. There’s something to be said about acknowledging a group of people and celebrating their contributions and the milestones in the movement to equality.

Word of advice for aspiring young women in the energy sector

Yes. #choosetochallenge. Choose to challenge the ideas of women and their role in the energy sector. As women, we do not need to be confined to the ideas that have been set forth by societal norms. The only way to change the idea is to be brave enough to challenge them. Although, there will inevitably be challenges along the way, however with each and every challenge there is inversely an opportunity. Look for the opportunity to do better and be better.