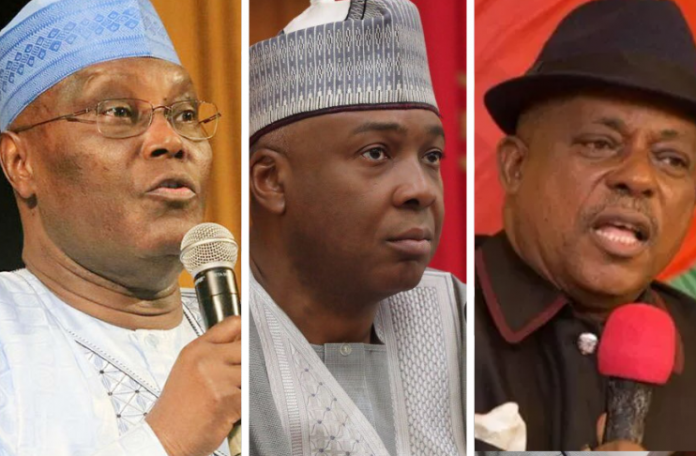 Former Vice President Atiku Abubakar; National Chairman of the Peoples Democratic Party (PDP), Prince Uche Secondus and former President of the Senate, Dr. Abubakar Bukola Saraki yesterday reviewed the increasing scourge of insecurity, and poverty in the country and submitted that massive investment in the education of youths would be the only formula for reversing the negative trend.

They argued that investment in education and moral uplifting of youths as well as mentoring would help provide leadership for Nigeria especially at this stage that the country was passing through challenges.

They spoke in Abuja at the launching of an educational foundation, owned by a former national chairman of PDP, Alhaji Abubakar Kawu Baraje.

Commending the former Acting Chairman of PDP, Abubakar Kawu Baraje for setting up the educational foundation, Atiku declared that the foundation was not only timely but also symbolised the urgency to salvage “our frail nation from the resultant negative impact of poor public investment in Human Capital Development” which he noted is evident in “our abysmal ranking in the global Human Capital Development index.”

The former Vice President linked Nigeria’s poor investment in education to the country’s “large army of out -of- school children, legion of the unemployed, rampaging insecurity, rising poverty rate and persistent underdevelopment”

According to Atiku, “this calls for all hands to be on deck to break the vicious circle of illiteracy, unemployment, poverty and insecurity that has imprisoned our youth and nation as a whole”

“This can be achieved if we continue to advocate for increased public and private investment in youth development and empowerment. It is a step that should be taken with all sense of urgency, “he added.

Also speaking, Saraki said the security challenges arose from poor attention to education of youths particularly the area of moral and spiritual upliftment.

He charged government at all levels as well as traditional rulers to invest more in moral and spiritual education of the youths.

In his own remarks, Secondus lamented that the country’s distress situation at the moment was because leaders rarely invest in education.

“This is a foundation that will groom new leadership for Nigeria and the world. Our leaders lack mentorship and that is the problem. And that is why they get into office and the next thing they do is stealing of public funds,” Secondus added.

The Abubakar Kawu Baraje Foundation, according to its founder is aimed at providing quality education at no cost to children of the less privileged in the society 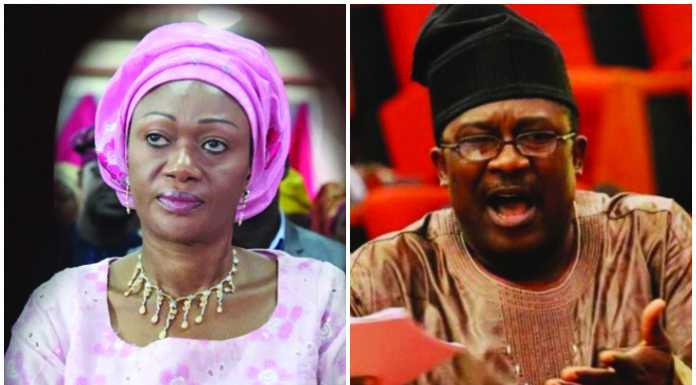