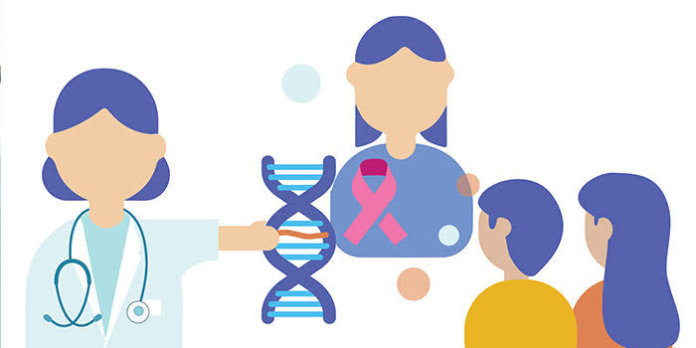 Turner Syndrome
Turner syndrome is a chromosomal abnormality in females which is caused by a deletion of one of the two X-chromosomes in a typical female. It may also occur if a part of the X chromosomes is missing or rearranged. This condition often leads to non-functional ovaries and a lack of puberty. Some physical characteristics of this condition are: webbed neck, swollen hands and feet, skeletal abnormalities. People with this condition are sometimes born with defects of heart valve or vessels which can be life threatening.

Cystic fibrosis (CF)
Cystic fibrosis is a genetic disorder inherited at birth. It affects the way the body makes mucus, a substance that helps your organs and systems work. Mucus should be thin and slippery, but with CF, it becomes thick and glue-like. This blocks tubes and ducts throughout your body.
Over time, this thick mucus builds up inside your airways and makes it hard to breathe. The mucus traps germs and leads to infections. It can also cause severe lung damage like cysts (fluid-filled sacs) and fibrosis (scar tissue).

Thalassemia
Thalassemia is an inherited blood disorder in which the body makes an abnormal form of hemoglobin. Hemoglobin is the protein molecule in red blood cells that carries oxygen. The disorder results in excessive destruction of red blood cells, which leads to anemia. Anemia is a condition in which your body doesn’t have enough normal, healthy red blood cells. Thalassemia minor is a less serious form of the disorder. There are two main forms of thalassemia that are more serious. In alpha thalassemia, at least one of the alpha globin genes has a mutation or abnormality. In beta thalassemia, the beta globin genes are affected.
Each of these forms of thalassemia has different subtypes. The exact form you have will affect the severity of the symptoms and outlook.

Inherited Clotting Problems
The blood clotting process is one of the more complicated biochemical pathways in the body and there are a number of different inherited clotting problems and conditions. These clotting problems can result in too much bleeding (hemorrhage) and the formation of abnormal blood clots throughout the body, most commonly in the veins. The most common such inherited clotting disease is the Factor V Leiden abnormality and it can particularly present a problem in pregnancy, leading to pre-eclampsia, small-for-gestational-age babies, stillbirths and problems with the placenta.

Prenatal Diagnostic Testing
This form of genetic testing can be done for pregnant women to detect changes in the foetus genes or chromosomes. It is recommended for parents with an elevated chance of having a child with a genetic or chromosomal disorder. The doctor will screen the fetus for specific conditions either through chorionic villi sampling or amniocentesis.

Preimplantation Genetic Testing (PGT)
This is a genetic testing done before pregnancy. Embryos obtained from the IVF process are subjected to genetic screening, this is an advanced technology in assisted reproduction. It entails obtaining cells from the embryos on day 3 or day 5 of culturing. Embryos with genetic defect are identified and sorted. Genetically normal best quality embryos are transferred back to the womb. This process helps to prevent certain genetic diseases or disorder from being passed to the offspring which subsequently improves pregnancy rates as well as live birth.

Steps to Preventing Genetics Diseases:
• Avoid smoking and limit alcohol intake
• Regular exercise to maintain optimum weight
• Avoid exposure to toxin, pathogens, radiation and chemicals
• Seek for genetic screening and counselling if you fall within risk group
• Use prenatal supplementation of vitamins and folic acid 3 months before planning pregnancy
• Encourage woman to procreate at the ideal reproductive age of 20-30years
• Seek quality antenatal care as well as birth care.
• Ensure Rubella and other immunization
• Avoid consanguineous marriage
Together we can build a world without genetic disorder for the love of the next generation.