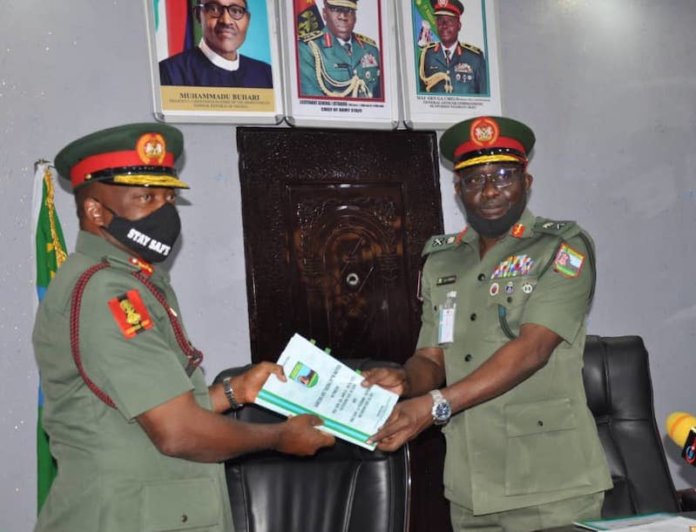 Chiemelie Ezeobi writes that the 81 Division of the Nigerian Army under the leadership of the new General Officer Commanding, Major General Lawrence Fejokwu, is committed to ensuring sustained peace and security, as well respect for human rights in Lagos and Ogun areas of responsibility

Last year October, the #EndSARS protest rocked the nation but the state that bore most of the brunt was Lagos owing to the wanton destruction of properties and loss of lives perpetuated by those who hijacked the peaceful protest.

Also at the centre of the protest was the 81 Division of the Nigeria Army, whose role in the Lekki Tollgate saga is still subject for deliberation, although the command still maintains its stance that they played by the books.

Although the state is steadily recovering from the debacle of the aftermath of the hijacked protest, it still faces other issues of insecurity and pockets of criminalities.

All these and many more are some of the challenges facing the state and which the new General Officer Commanding (GOC), 81 Division of the Nigerian Army, Major General Lawrence Fejokwu, is bent on tackling.

Already, he has put his right foot forward specially during his maiden familiarisation tour of formations and units to see things physically in order to improve the state of readiness of units and formations under command.

Handover
Major General Lawrence Fejokwu recently assumed command as the 30th General Officer Commanding (GOC) of the Nigerian Army, 81 Division headquarters on February 24, 2021, after the recent reorganisation of the top hierarchy of the army.

Fejokwu took over following the handing and taking over ceremony with his predecessor, Major General Godwin Umelo, that took place at Headquarters 81 Division Conference Room in Lagos.

In his remarks during the handing and taking over ceremony, the new GOC charged officers and soldiers in Lagos and Ogun to be ready to work harder.

While thanking the Chief of Army Staff (COAS), Lieutenant General Ibrahim Attahiru for the opportunity given to serve the Nigerian Army in a higher capacity, the GOC further assured commanders and principal staff officers that his doors are opened for new ideas on how to move the division forward.

Until his recent appointment, the GOC was once a Directing Staff at Armed Forces Command and Staff College and National Defence College. His last appointment was Director Personnel Services at the Department of Administration Army Headquarters.

Meanwhile, in his remarks earlier, General Umelo , who spent eight months on the saddle, described his experience as rewarding. Reminding them the country was going through trying times, he urged them to remain loyal, dedicated and professional to the core.

He commended the officers and men for standing by him during their trying moments, urging them to extend same to the new GOC.

He said: “Whatever we have achieved as a division couldn’t have been possible without the steadfastness and cooperation of all of you seated here. I want to thank all of you for rallying round me during our trying time and making the division what it is today.

“I therefore want to urge all of you to extend to him the same cooperation you gave to me during my tour of duty. I know and I am confident that Lawrence is going to surpass whatever achievement we were able to achieve in this division.”

Highlights of the ceremony included the signing of handing and taking over notes, decoration of the the new GOC with the division insignia and hand over of the division flag, which marks the symbol of authority.

During his tour, he visited Holy Child College, Ikoyi, Lagos, where he assured them of safety and adequate security. The GOC maintained that in view of the current realities in the country, particularly on security, there is the need for everyone to be proactive and not reactive.

He said on his part, he would ensure adequate security is provided for the college as part of the effort of the NA to ensure safety of education institutions in the country.

To this end he said he would circulate phone directories of nearest unit and formations of the NA that could be reached during periods of emergencies.

The Administrator of the Holy Child College, Reverend Sister Antoinette Opara, while receiving the GOC expressed delight over the visit.

Highlights of the visit of the GOC included presentation of flower by a student to the GOC, tour of the college and group photograph with staff and student.

Soon after he assumed command, the division held a two-day workshop to educate officers on Human Rights and Humanitarian Laws. Speaking at the opening of the workshop in Lagos, the GOC said the training would help to support the strategic vision of the Chief Of Army Staff (COAS), Generao Lucky Irabor.

The GOC, who was represented by his Chief of Staff, Brigadier General Nsikak Edet, said the COAS vision was to build a Nigerian Army repositioned to professionally defeat all adversity in a joint environment.

“For instance, the case of EndSARS which we handled as a division brought about a lot of issues bothering on proper management of social media space. So, this lecture will instill high quality character on how officers should comport themselves when on duties.”

Fejokwu further said that another key lesson to be learnt from the protest would be the legal status of a soldier and the justification of the use of force. According to him, a soldier should know when to use force and the degree of the kind of force to be applied to conform with the principle of use of minimum force.

“One of the principles of the international security treaty is the use of minimum force. So, the troops need to know how to apply force, what will make them apply that excessive force or minimum force as the case may be..Therefore, the officers and soldiers will be sensitised on these laws to guide them in all their operations to work in accordance with the law,” he said.

The Division’s Training Officer, Brigadier General Shuaibu Nuhu, said the workshop would also educate officers on the importance and challenges of having a next of kin, adding that there had been cases where at the demise of an officer dies in the course of duty, several family members would come to claim the officer’s benefits.

“The workshop, therefore, serves as a platform to educate on professionalism, responsiveness in the Nigerian Army through appropriate awareness of human rights and humanitarian laws. We want to make sure that everything we do is transparent by engaging our officers to have mastery of the laws so that they will not take laws into their hands,” Nuhu added.

At 9 Brigade, he charged the troops to be more disciplined, dedicated and loyal in discharging their duties professionally at all times. This is just as he had briefed commanders at various levels to caution their troops to avoid any acts capable of causing disrepute to them as individuals and the Nigerian Army in general.

Also harping on patriotism, steadfastness and courageous acts in their service to the nation, he enjoined leaders at various levels to take the welfare of their troops as priority in order to enhance their working capacity and good output generally. He also warned the troops against posting of unauthorised information and pictures on social media.

In his speech, the Commander 9 Brigade, Brigadier General Sale Kawugana, congratulated the GOC on his recent appointment and appreciated his visit to the Brigade.

Appeal for Peaceful Coexistence
The GOC’s familiarisation tour soon extended to Badagry as he visited the Akran of Badagry, De Wheno Aholu Menu Toyi 1 at his palace, where he appealed for continuous cooperation and peaceful coexistence between residents of Badagry and the military.

Gen Fejokwu, during the courtesy visit, stated that that he came to the palace to pay homage to the his Royal Majesty having come to Badagry to see the units under command and to seek the blessings of the Akran of Badagry on assumption of command as the GOC 81 Division.

The Akran of Badagry thanked the GOC for visit and expressed appreciation for the continuous support received from the army units in Badagry, adding that commanders of the units have been very effective in ensuring the maintenance of peace and tranquillity in Badagry, noting that this was evident during the ENDSARS saga as they were able to bring the situation under control. The Badagry Monarch said there was no time the unit commanders have ever disappointed him whenever he calls for their support. He therefore prayed for the GOC and wished him a successful tenure

Synergy
In a similar vein, the GOC paid a courtesy call on the Seme Border Area Comptroller of Customs BM Jibo where he commended the cordial relationship and synergy offered by the sister service to the military. He said he is just one call away for any additional assistance or support as his office is opened for any assistance from the army. 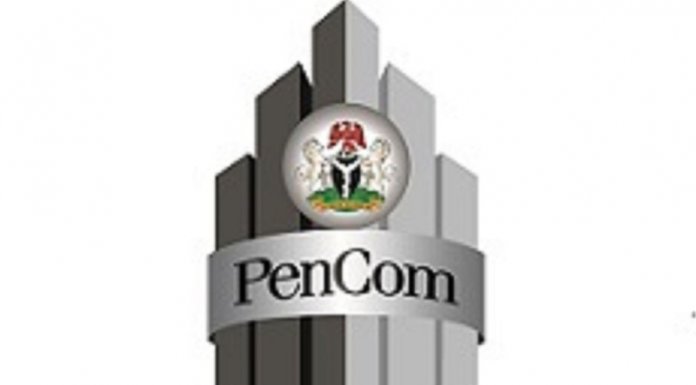