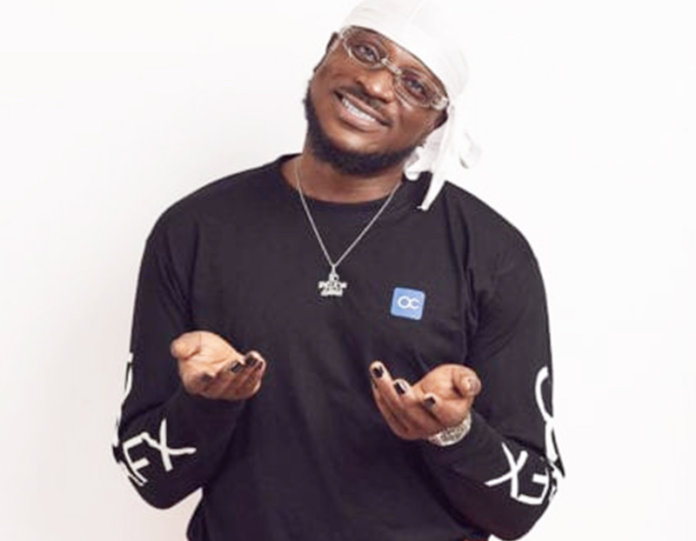 For singer and songwriter Peruzzi, it’s time to celebrate going by the title of his forthcoming project ‘Rum & Boogie’. The album which has been over 18 months in the making was earlier scheduled for release last December 5. With that date, the afrobeats star had planned to join the plethora of artistes that dropped albums and EPs in 2020.

Appreciative of the work and efforts put in, the controversial DMW affiliate then took to his social media to post: “…Forever grateful to everyone that played a part in making this possible: “Every artiste featured, God bless you and I can’t thank you enough for coming through heavy for me!!! God bless you and yours. To my label mates and gang, I hope I make you proud with this one cos y’all deserve nothing but the best from me. This is the point where we focus on the sweet side of life, positive vibrations, and great energy!!! I’m done talking, I’m done fighting, done crying, it’s time to boogie!!! My next album guys and it’s titled “Rum & Boogie”. But it did not happen last year.

The album contains previously released songs like, ‘Lagbaja’ ‘Southy Love’ featuring Fireboy DML and his most recent release ‘Somebody Baby’. Same day also the front member of the 30BG, a group consisting mostly of Davido’s close associates dropped the music video for ‘Somebody Baby’ featuring Davido.

Peruzzi and Davido bring the heat in this latest music video. Somebody Baby is basically about trying to get out of the friend-zone while pursuing one’s crush.

The visuals are stunning and the styling as always, amazing, showing off Davido’s magic touch. The music video has already received positive reviews from fans on social media indicating that Peruzzi and Davido’s chemistry is still seamless after collaborating on ten different tracks.

These include Mafa Mafa, Disturbance, and Sunshine, Scatter, Twisted, For Your Pocket and more. The ‘Majesty’ singer so far has released three EPs which include; ‘Heartwork’, (2018) ‘Huncho Vibez’ (2019), and then the “3” EP in the first quarter of 2020.

His way to prominence was cleared after being featured by Nigerian music legend 2Baba on the hit song ‘Amaka’. Prior to the release of ‘Majesty’, the singer had been maligned by many social media users in Nigeria and music critics who claimed the artiste only shines on featured songs.