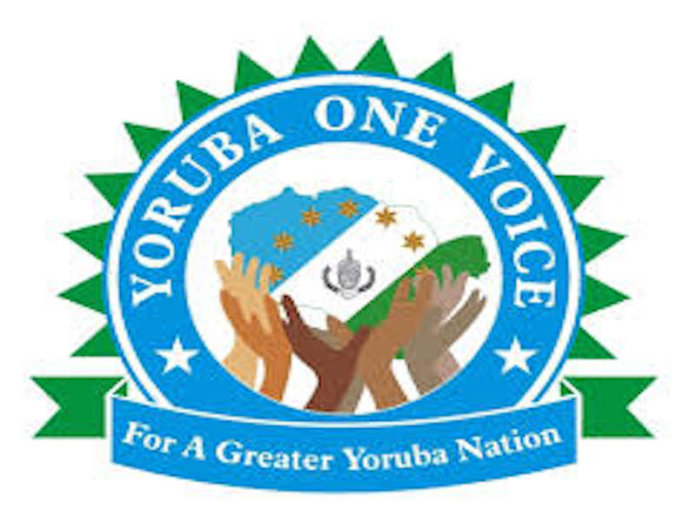 The coalition of over 174 Yoruba groups in Diaspora under the aegis of Yoruba One Voice (YOV) has identified long years of misrule, nepotism and failure to embrace true federalism to tackle the protracted spate of insecurity across the country as the bane of the nation.
It also reiterated its commitment to the actualisation of the O’odua Republic, saying the call for self determination remains the last option for the Yoruba nation.

YOV made its position known during the International Webinar conference where over 1000 participants from all over the world expressed their readiness to seek justice and liberty for the South West region.
The group insisted that long years of misrule, nepotism and failure to embrace true federalism and also tackle the protracted spate of insecurity across the country have been the bane of the nation, adding that the southwest region can no longer play a second fiddle in Nigeria.
In his remarks, Aareonakakanfo of Yorubaland, Iba Adams, said that the clamour for Oodua Republic is long overdue, and a true reflection of the present mindset of all Yoruba sons and daughters in the diaspora.
He said, ”YOV is a coalition of all Yoruba groups and socio-cultural organisations in the diaspora that came together to rescue the Yoruba race from a rudderless nation called Nigeria. We decided to raise our voices against the unjust system that had for a very long time become the nemesis of our race. A race of about 200 million people spreading across the world cannot continue to play a second fiddle in a country called ours. We cannot continue to live in self-denial and complete hopelessness.”
Adams expressed optimism in the ability of the Yoruba nation to recreate a better nation, stressing that the destiny of the Yoruba people has always been in their own hands.
Earlier in his welcome address, the General Secretary, Dr. Sina Okanlomo said Nigerians of Yoruba descent in the diaspora are worried about the growing trends of insecurity in the country.
He lamented that the Southwest was always at the receiving end, despite the obvious fact, said the group is determined to recreate a nation that allows justice, fairness, equity and transparency.
Okanlomo added that the group will work out workable and intellectual solutions that will take into account all areas that had since affected the development of Yoruba nation.
Also speaking, the guest speaker Prof. Akin Alao, described the nation as a fractured federation, arguing that the British imperialist did more damage to the unity and sanctity of Nigeria than any other country in the world.
He noted that failures of leadership remains the reason for continued agitations for a new Yoruba nation.
”Nigeria is at a crossroads. The concept of our amalgamation was rooted in fraud, selfishness and distrust. And sadly too, the process of achieving independence and choosing our leaders have been so deficient. There has always been a deliberate attempt by the North to frustrate the economic activities of the Southwest,” Alao added.