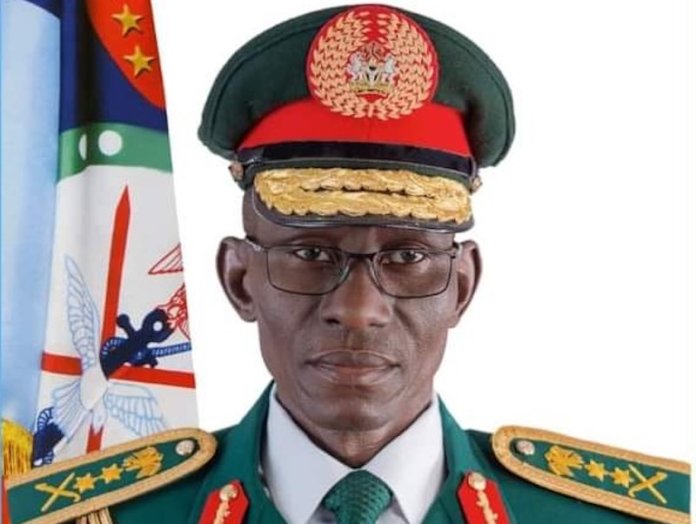 On Monday 22nd March 2021, the Chief of Defence Staff, General Lucky Irabor hosted a brainstorming session for the conical apex of military, security and intelligence leadership in Nigeria at the National Defence College Abuja.
The purpose of the one-day summit was to generate powerful ideas on the application of kinetic operations to restore peace to Nigeria in the wake of an inexorable and implacable terrorist/insurgent onslaught. The summit combined two structured analytical methodologies for idea generation – structured brainstorming and virtual brainstorming. The goal of the conference was to find innovative and creative solutions to Nigeria’s endemic insecurity using the kinetic approach.

The Chief of Defence Staff General Lucky Irabor referenced the presidential mandate to the military to restore peace in the land at the shortest possible time. He said that the summit was adopting the whole of society approach to fighting insurgency. General Irabor said that the summit was leveraging on the collective wisdom of stakeholders such as the military, the police, intelligence community, the military, politicians, traditional rulers, the media, para-military organization, civil society organizations, the diplomatic corps, academia to generate usable and practical knowledge and ideas for prosecution of the CTCOIN Operations. He gave the objectives as follows:
a) To create functional awareness of the kinetic approach and its implication.
b) Promote buy-in and support of critical stakeholders
c) Promote civil-military relations (CMR)
d) Promote credible deterrence
e) Facilitate strategic communications
f) Consider other measures to sustain security and stabilize the polity.

The lead paper presenter Ambassador Abdullahi Omaki of the Savannah Centre in Abuja defined kinetic operations as “the targeted application of military force.” He contended that since military operations often resulted in collateral damage (i.e. unintentional deaths of civilians), the use of kinetic operations was intended to find “a balance to the proportionate use of force (Kinetic) to contain, stamp out and deter terrorists and insurgents, before a return to soft power approach is possible.” While kinetic operations aim at restoring peace and security, economic approaches (soft power) aim to restore social stabilization. He contended that Nigeria was beset by a galaxy of threats including Boko Haram/ISWAP insurgency in the North East; banditry, cattle rustling, farmers-herders clashes, ransom kidnap in the North West and North Central; cultism, communal clashes, resource-control agitations, as well as IPOB challenges in the South of the country. He said: “security agencies seem not able to keep pace with wide public demands for better protection of lives and properties of citizens”

Amb. Omaki contended that he broad spectrum of threats have contributed to agitations for state police and community policing leading to the emergence of regional security outfits such as the Amotekun (South West) Shege Kafasa, (North West), Odinigwe (South East).

The lead presenter then recommended that the military should make conscious efforts to win hearts and minds (cognitive operations), conduct robust intelligence operations, engage in stability operations (peace building efforts), utilize small tactical teams in combat operations and utilize external support such as use of the Multi-National Joint Task Force (MNJTF). He further recommended that the government should work with regional neighbors to increase the security of our porous borders.

The paper was then dissected by six discussants and other participants in an explosive intervention session moderated by the former Commandant of the National Defence College Abuja Rear Admiral Mackson Kadiri (Rtd.). In the first intervention, Major General Niyi Oyebade (Rtd.) former Commandant of the Nigerian Defence Academy Kaduna and also former General Officer Commanding (GOC) 1 Division of the Nigerian Army with headquarters in Kaduna recalled the strategies that served him well in his role as GOC. He said he made extensive use of locals to gather intelligence for kinetic operations. He said that there was a major role for traditional rulers in CTCOIN operations.

The former Chairman of the Independent National Electoral Commission (INEC) Prof. Attahiru Jega described kinetic operations as active military warfare. He said that politicians do not like to use the word “war” so they use the term “kinetic.” Prof. Jega said that armed bandits were contesting the legitimacy of the state. “They are challenging the state” he added. So the military must neutralize the non-state actors, stabilize the security situation and promote law and order.

Intervening from the viewpoint of law enforcement, the former Inspector-General of Police Dr. Solomon Arase called for inclusion of police personnel in intelligence fusion centres. He said that based upon the whole of government approach police personnel should be included in kinetic operations to govern liberated areas. He advised the military to allow the police create case files and prosecute captured enemy combatants. He observed that military personnel were not adapt in prosecutorial strategies. He also called for witness protection for witnesses and judicial officials in terrorism cases.

A former media executive Dr. Okey Okechukwu wondered why there were no media executives in attendance at the summit. He said that the military should focus on visibility of operations and dominate the media space. He called for “incestuous communication” between the military and the media such that there is responsible and patriotic reportage of news.

In my intervention I called for the use of force multipliers to enable prompt response to call for service (CFS) by citizens. I explained that force multiplication refers to a factor or a contribution that gives the military the ability to accomplish greater feats than without it. I said that giving dedicated CUG lines to selected person in rural communities would help them make distress calls to military Command and Control Centre (C3) which would enable the military to respond promptly in the event of an attack. At present, communities come under prolonged attacks by bandits and insurgents but they are unable to contact the authorities. Since the military cannot be everywhere, the force multipliers will sharpen kinetic operation to enable neutralization of threats and safety of citizens. I also called for the scrapping of Operation Safe Corridor which I described as “recycling of fighters in the North East”.

The Gbong Gwom Jos, HRH Dr. Jacob Gyang Buba called for a constitutional role for traditional rulers. He said that prior to the Local government reforms of 1976, the security of the rural areas was competently handled by the traditional leadership institutions.

The National Security Adviser Major General Babagana Monguno (Rtd.) said that he had collated a wide array of ideas, suggestions and strategies to move forward the CTCOIN operations and restoring peace and security to Nigeria.

In his remarks, the Minister of Defence described the security situation in Nigeria as “critical”. I was asked by a national television network on 25th March why the Minister described security situation in those stark terms. I explained that the term “critical” is used in risk assessment in rating the impact of loss of an asset. In a criticality assessment rating, a critical asset is one that involves human life and or catastrophic financial loss. So, since insurgency and terrorism result in the loss of human lives and large scale destruction of property. The security situation is in fact critical, I averred.

Drawing the curtain on the highly successful summit, the Minister of Defence said he would take the recommendations back to the President and Commander in Chief for further necessary action.

The vision of the Chief of Defence Staff, General Lucky Irabor (who was from 2015 to 2017 the theatre commander of Operation Lafiya Dole) to organize the summit was a sound one as it generated usable and powerful ideas that would shape future kinetic operations in the theatre of internal military operations throughout the country. The summit was a refreshing return to the use thought as a precursor to action — rather than reacting to stimuli. The terrorists/insurgents have tended to demonstrate the initiative in hostile encounters with the military – using roadside bombs, person-borne IEDs, vehicle-borne IED, ambushes, using of fresh gear such as AA guns in projectile encounters. The CDS and the military high command must now invent new tactics and strategies to take the war to the enemy and bring the various conflicts to an end. Unfortunately the threats are a legion. They include Boko Haramism, northwest banditry, farmer-herder internecine violence, cultism, rabid kidnapping, ethnic militias, piracy, etc. The bottom line is that ongoing low intensity conflicts in Nigeria must be contained, the threats neutralized or incapacitated and peace restored so that Nigerians can once again enjoy the Aristotelian good life.

…Dr. Ekhomu is the National President
Association of Industrial Security and Safety Operators of Nigeria (AISSON). 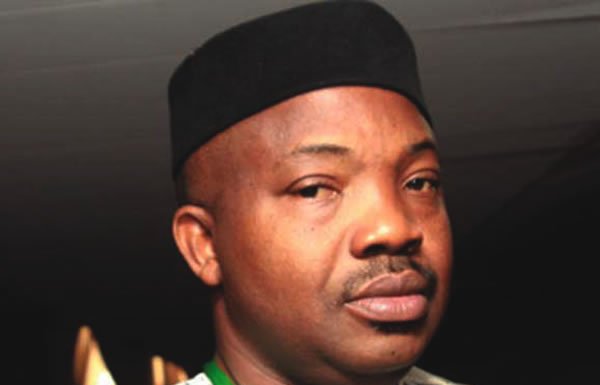