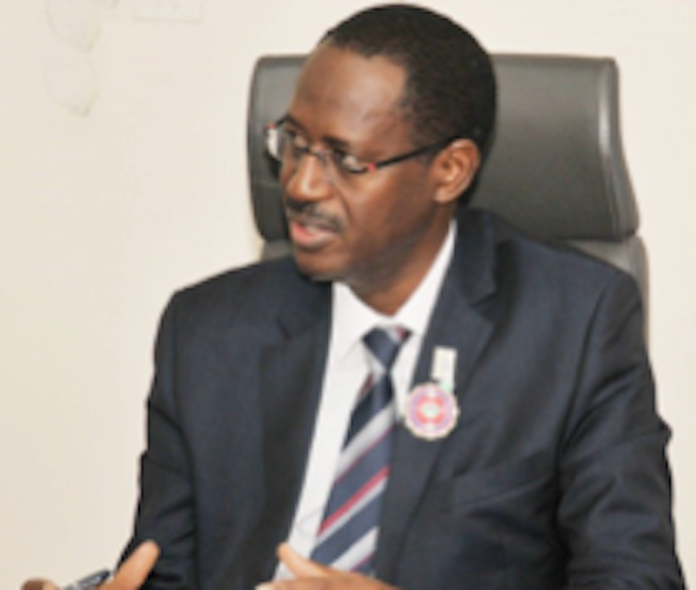 It is no longer news that Nigeria faces a huge housing challenge that will take decades and trillions of naira in sustained investments to fix.

A 2016 report by the World Bank stated that as a result of increasing urbanisation, Nigeria’s housing demand is expanding rapidly with Nigeria’s housing stock production far below 100,000 resulting in an overall accumulated deficit of around 17 million units as of 2013 that would require N60 trillion to fix.

The Bank estimated that up to 700,000 housing units in different market segments would be needed annually not only to replenish decaying housing stock, but also to meet rising demand and avert a further housing crisis.

We are now in 2021, and the sum of efforts from both government and private sector does not come even close to what is required.

It is against this background that the efforts of the Ahmed Musa Dangiwa-led management of the Federal Mortgage Bank of Nigeria (FMBN) to ramp up financing for the construction and delivery of affordable housing stock is a timely and necessary addition to much needed collective to reverse the disturbing trend. Dangiwa and his team of professionals, who took charge of the nation’s apex mortgage institution in April 2017, have taken remarkable steps to ensure completion of housing projects that were started but abandoned mid-way in the past.

They have also reformed the Bank’s framework for the design, financing, and monitoring of housing projects by closing systemic gaps that gave room for internal and external abuse by unscrupulous elements and introducing structural and procedural efficiencies.
The result has been a historic increase in the number of new FMBN funded housing units delivered annually by the Bank.

First, let us consider the performance statistics of the Bank, especially as it relates to housing construction since the current management team were appointed by President Muhammadu Buhari in April 2017. Official data show that FMBN financed the construction of a record 9,211 units between April 2017 and December 2020 averaging over 3,000 units annually in several locations across the country.

The housing projects comprise 1-, 2- and 3-bedroom units with selling prices ranging from N4 million to N11 million respectively, to ensure that those who fall within the low to medium income brackets can afford.

It is easy to dismiss FMBN’s delivery of over 9,000 affordable housing units within a three-year time span as small and inconsequential.
This is especially so given the Bank’s position as a focal affordable housing delivery institution, the country’s massive housing deficit and the need to deliver at least 700,000 annually.

However, that line of thought and logic would be simplistic and defective.

While the ideal target should remain the ultimate goal, it is important to judge FMBN performance based on its history and the financial resources available to it per time.

In this wise, when you consider the Bank’s trend of housing stock development over the preceding 25-year period – 1992 to 2017 – and the limited resources that it possesses to create impact at scale, you would see a clear pattern that tells an interesting story of a remarkable turnaround and progress in the delivery of housing stock.

Specifically, as of April 2017, when the current management team came on board, the total number of housing units financed by FMBN since the commencement of the National Housing Fund (NHF) Scheme in 1992 stood at 20,435, thus representing an average annual delivery rate of a mere 817 housing units! By hitting a 3,000-annual housing provision average, through the optimisation of available internal financial resources, ensuring efficiencies and without any additional external financing inflows, the Dangiwa-led team have opened a new vista of possibilities in the capacity of the Bank to create a wider role in government’s efforts to tackle the housing deficit.

Innovating for Impact and Efficiency

FMBN’s ability to achieve this milestone stems from a business-driven, creative, and innovative style of leadership. The management team have combined a transparent approach to managing the National Housing Fund (NHF) Scheme as a source of cheap housing finance, focused drive to complete abandoned projects and the overhaul of housing project design, implementation, and the monitoring process that were lacking in its operations.

In 1992, when the National Housing Fund (NHF) Scheme was established, it was primarily in recognition of the vital role that affordable housing finance plays in the construction of housing stock and the need for the country to have an institutional pool of such funds to drive delivery of affordable housing outside of government budgetary provision.

To achieve this, the architects of the NHF scheme built three key sources of long-term, low-cost funding for it. First was the mandatory contributory savings of 2.5 percent of monthly income by Nigerian workers earning above N3,000 per annum.

The N3,000 has been reviewed to minimum wage standards today. Second was investments by commercial banks of 10 percent of their loan portfolio and investments by insurance companies of 40 percent and 20 percent of life and non-life funds, respectively. Additionally, the federal government was also required to make periodic financial injections into the scheme to further bolster its ability to stimulate the provision of affordable housing in the country.

Unfortunately, besides the mandatory monthly savings by workers, none of the other sources of funds have worked out as originally conceived by the designers of the NHF Act.

Left with only the mandatory workers’ contributions to make a difference in affordable housing financing, the current FMBN management team made transparency, stakeholder engagement and efficient utilization of funds their watchword.

As a result, they were able to win stakeholder confidence, increase the number of subscribers to the NHF Scheme with a resultant momentous surge in the size of funds that have accrued to the fund over the past three years. Five states that had stopped participation in the NHF Scheme rejoined and the Bank’s mobilization efforts added 611,249 contributors.

The impact of these positive trends on the FMBN’s financial statement over the past three years has been massive. Between 2017 to December 2020, the current FMBN management team recorded inflows of over N205 billion into the NHF scheme at an estimated average of N68 billion annually. To get a better sense of how notable this feat is, it is important to recall that previous managements spanning over 25 years of FMBN’s history could only muster N232 billion in NHF collections at an average of N9.28 billion annually.

The implication is that the Dangiwa team have delivered in just over three years, what previous FMBN administrations could only muster in 22 years!

Over N35 billion of the approved amount has already been disbursed to developers accounting for the 9,211 housing units that were delivered within the period under review.

The ability of the FMBN management team to revive and finance the completion housing projects that had been initiated but abandoned halfway in the past has also added boost to its housing production activities.

As of April 2017, when they came on board, they met over 21 housing projects that developers who were contracted to build had abandoned in many locations across the countries. The sad thing about these abandoned projects was that FMBN had already disbursed funds cumulatively running into several billions to developers. Most of these projects have now been completed with several others at various levels of completion.

Experts agree that an essential part of making housing finance work for the poor is the availability of houses at lower prices in the market.

The United Nations Habitat defines affordable housing as, “housing which is adequate in quality and location and does not cost so much that it prohibits its occupants meeting other basic living costs or threatens their enjoyment of basic human rights.”

In fact, households are expected not to spend more than 30 per cent of their income on housing. This puts access to affordable housing finance by government and other development finance institutions at the heart of housing construction.

Besides several other issues such that have prevented growth of housing such as foreclosure, cost of title registration, there is a dearth of financial institutions in Nigeria with the capacity to provide sustainable long-term loans to developers to deliver affordable housing units.

Currently, apart from other government housing interventions using the Family Homes Fund (FHF), FMBN occupies a unique position as one of the few institutions that provide long term finance at low interest rates to estate developers to build housing stock.

A CBN report showed that while Nigeria has 84 Primary Mortgage Banks (PMBs) and 20 Deposit Money Banks (DMBs), lending by the DMBs for mortgage loans accounts for less than 1 percent of their total assets.

Oil and gas receive the most lending, representing about 22 percent of total credit to the private sector. Looking at the whole banking sector, data for the 10 largest banks in Nigeria show that an average of 84 percent of overall liabilities are short-term customer deposits. The remaining funding is primarily equity. Other sources of long-term funds are extremely limited, representing on average of just 11 percent of the balance sheet.

Over the past three years, the current FMBN Management team have bolstered the capacity of its housing loan construction windows to fill this housing finance gap by using the funds accruing to the NHF Scheme to provide developers with low interest loans. A notable example is the revamp of the Cooperative Housing Development Loan (CHDL), which enables a cooperative society, whose members contribute to the National Housing Fund (NHF) Scheme, that has acquired a plot of land to develop houses for allocation to its members. The loan window provides up to N500million at an interest rate of ten percent. Key features include tenors of up to 24 months with a moratorium of 12months. Once built, FMBN packages mortgage loans to enable the members to own the houses.

The good news from FMBN inspires hope. The housing crisis is huge, and it is imperative that all relevant public and private institutions show the urgency, understanding and capacity to maximize their internal capacities for impact. This, the FMBN management team has demonstrated. They deserve the support of government and housing industry stakeholders to do more. One good area to start would be for the government to hasten their request for a N500 billion recapitalisation. Time is ticking, population is expanding, the housing crisis is growing and the time to act is now.

Ikyaave is a public policy analyst based in Abuja