President Muhammadu Buhari yesterday described the revolution in rice production across the country as a product of clear-cut policy and diligent execution by institutions such as the Central Bank of Nigeria (CBN).

He made these remarks at the inauguration of the North East 2021 rice cultivation programme, 2020 wet season harvest aggregation and sales of paddy to millers held in Gombe yesterday.

Buhari, who was represented by Kebbi State Governor, Senator Atiku Bagudu, commended the CBN for solving the problems of financing in agriculture and governors for championing the cause of rice production and other agricultural commodities.

Despite limited resources, Buhari said his administration had achieved monumental results in the agricultural production and its value chain.

He added that a lot of infrastructural projects that would galvanize economic activities are being undertaken across the country for the benefit of all Nigerians.

Also at the inauguration, Yahaya said without Buhari’s policy direction and CBN’s support, the heaps of rice pyramids on display would not have been possible.

He said: “The pyramids are back. We are happy to see this. Let me recall that only in January, the CBN with the National Cotton Association were here in Gombe and they kick-started the aggregation process of cotton farmers who equally paid the facilities they took in kind to signal the return of cotton production.

“Gombe is a shining example in the anchor borrower programme owing to the fact that farmers are poised on taking advantage of the programme to boost agricultural production and eventually pay in kind facilities obtained to maintain sustainability.”

Yahaya said Gombe had a favourable climatic condition for the production of sorghum, sesame seeds, and other agricultural commodities, making it a perfect destination for agriculture revolution in the North East sub-region.

“Gombe is an agrarian state, with 85% of our people engaged in farming activities. Agriculture is therefore an important source of livelihood to our people and the bedrock of our economy”

“Gombe has tremendous potential in rice production. We have three major Dams in Dadin Kowa, Balanga and Cham. We are working with UNIDO to tap into those potentials for both irrigation agriculture and hydropower generation.

He said the support farmers in the state got from the CBN enabled them to produce en mass, leading to the realization of the rice pyramid on display at the tanker bay along Gombe/Bauchi road.
He said the state “is open and ready to key into any initiative that will assist farmers have access to facilities and inputs that will improve their capacity to engage in the production of agricultural commodities.”

In his address, Jigawa State Governor, Alhaji Badaru Abubakar said the rice pyramid on display “is an indication of the commitment and steadfastness of Buhari through the CBN to revolutionise agriculture in the country and guarantee food security.

“Before Buhari, farmers in the country used to get between 1.7 to 2.5 tons per hectare. But at the moment, farmers are getting 6 tons per hectare on the average owing to the federal government’s extension services, financial support and provision of farm inputs to small holder farmers among others.

The Governor of CBN, Godwin Emefiele said since the anchor borrower programme was launched some five years ago, it has become a game changer in Nigeria and would ultimately help in achieving some of the goals of the government’s economic sustainability plan. 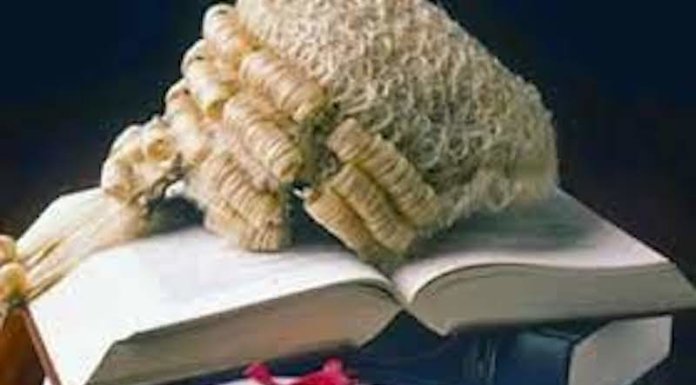