Ekiti State Governor, Dr. Kayode Fayemi and the Southern Senators Forum (SSF) also facilitated with Ojudu, describing him as a leading light in the Nigerian media.

In their separate statements yesterday, they commended the renowned journalist for his strong sense of patriotism, loyalty and sacrifices in moving the nation forward.

Buhari, in a statement by his Special Adviser, Media & Publicity, Mr. Femi Adesina, joined members of All Progressives Congress (APC), Nigerian Union of Journalists and Nigerian Guild of Editors to celebrate with Ojudu.

He said Ojudu’s antecedents as a journalist continue to inspire, using his prowess and skills to fight for democracy and good governance for many years.

Buhari said Ojudu’s courage and forthrightness saw his transition into politics in 2010, and his contributions to the legislature and the executive have been most outstanding as he brings his wealth of experience and network to support the country.
He added that the senator’s bottom-up approach to issues and strong relationship with the grassroots always make a difference in his contributions to national issues.
In a congratulatory message signed by his Chief Press Secretary, Mr. Yinka Oyebode yesterday, Fayemi described Ojudu as an illustrious son of the Land of Honour, a distinguished journalist and activist who deployed his pen as a major weapon in the fight against military tyranny and enthronement of democratic rule in the country.

He said: “On behalf of my family, the government and people of Ekiti State, I rejoice with my dear brother, Senator Babafemi Ojudu, on his diamond jubilee celebration.

“It has been sixty amazing years. We thank God for the blessings He has bestowed on you these past years and we pray He continues to bless and sustain you with good health, wisdom and grace to continue to make meaningful contributions to our dear state and country” the governor wrote in a message.

Also congratulating Ojudu, the Southern Senators Forum, described the Ekiti born Senator as a blessing to the nation, taking cognisance of his contributions to the growth of democracy and the development of the country.

The forum, which spoke through its chairman, Senator Opeyemi Bamidele, prayed for long life and prosperity for the presidential aide, urging him to continually support those ideals of unity, oneness and progressive Nigeria he had always believed in.

Bamidele, currently representing Ekiti Central Senate District, said the country would not forget in a hurry the role Ojudu played in the actualisation of the country’s democracy, by serving as one of the dependable vanguards that waged relentless wars against the military to vacate office.

He said: “On behalf of my colleagues from the 17 states in the South, I wish my predecessor in Ekiti Central a rewarding year ahead of him as he celebrates his 60th birthday.” 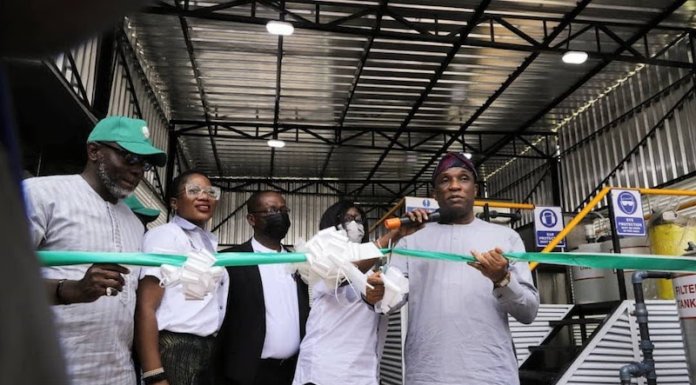