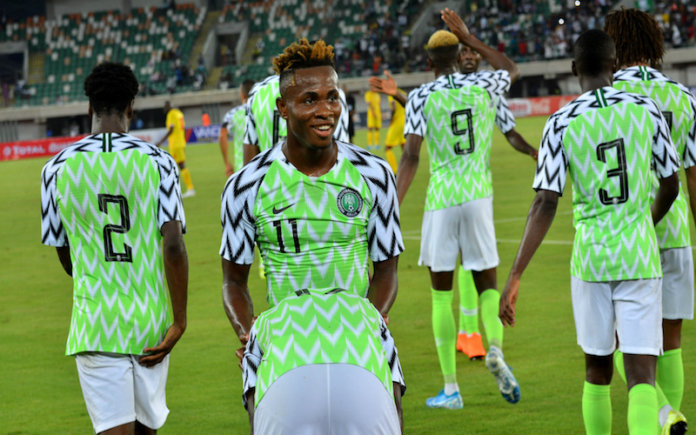 Even before Super Eagles kicked off Saturday’s clash with Benin Republic in Port Novo, Nigeria booked her place as the 17th country to qualify for the AFCON 2021 in Cameroon.

The three-time continental winner in 1980, 1994 and 2014, will feature in the competition for the 19th time when the next edition kicks off next January. Super Eagles finished in third place at the last edition in Egypt two years ago.

Meanwhile, Alex Iwobi has been ruled out of the match with Benin Republic which kicked off few minutes ago.
He’s believed to have tested positive for Covid-19, although no official pronouncement from the NFF on it.

Report of Liquidity Issues in Wema Bank Never from Us, Says PACN