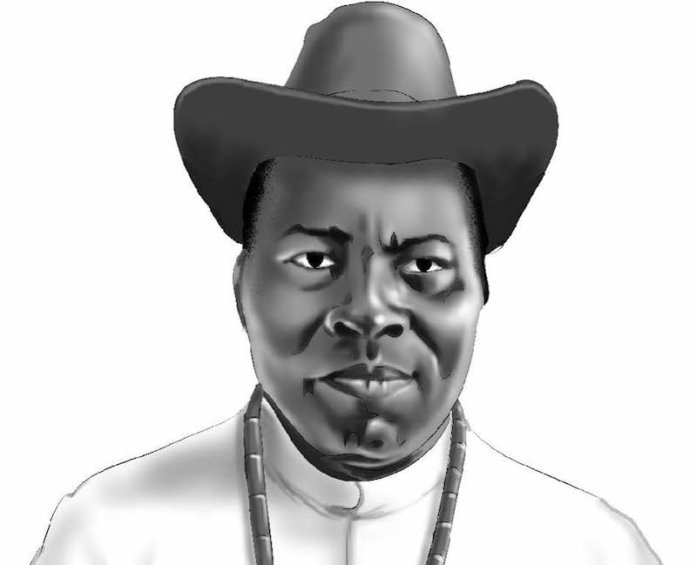 On the morning of November 17, 2020, I had a call from Akpofure Ekeh, a surgeon and a Professor at Wright State University, Dayton, Ohio, United States. He is the first son of Professor Peter Ekeh. Being a local call I had thought he was on one of his numerous medical outreach missions in Nigeria. He was straight to the point: “Prof has passed”, he said. It was difficult to take. Prof dead? How can one talk of Professor Ekeh in the past tense? Is that all? He had been having some health challenges for a while, but there was no indication that death was imminent. The last time we spoke – he from his residence in Buffalo, New York, he spoke brightly, preoccupied not with his health but with how to better the lot of the Urhobo people.

I knew Prof Ekeh long time ago, through his profound academic prowess at the University of Ibadan. He was in the league of the best and the brightest from the Niger Delta at Ibadan – the Tekena Tamunos, Obaro Ikimes, Omafume Onoges and the Isidore Okpewhos. Though he had his graduate and doctorate degrees in Sociology, he was adept in the field of political science and indeed one of the early successors of luminary scholar Billy Dudley as head of Political Science Department. His first book, “Social Exchange Theory: The Two Traditions,” was published by Harvard University Press in 1974. But his article in a journal, “Colonialism and the Two Publics in Africa,” published in 1975, is perhaps the most cited work in Africa and beyond.

I came to know Peter Palmer Ekeh closely in 2004 through my former and late boss, Senator David Dafinone. He had come to see Chief Dafinone with a manuscript he edited, “Warri City and British Colonial Rule in Western Niger Delta” to write the foreword. Chief Dafinone gladly did and also cosponsored the publication of the book which threw new light into the main issues underlying the Warri crisis. I was asked to follow up with the printing of the book, and thus started a friendship that endured until his passing.

The relationship was strengthened more through the affairs of the Urhobo Historical Society (UHS) which he founded with other academics and intellectuals in North America in 1999, essentially to propagate and publicise the history and culture of the Urhobo people. Like the late legendary Mukoro Mowoe, foremost nationalist of the Urhobo people, Professor Ekeh paid to serve his people. He had uncommon passion for Urhobo affairs through extraordinary dedication to their cause and ideals. As Dr. Abaka Oghenejode, officiating priest at Ekeh’s funeral mass at Okpara Inland, Ethiope East Local council, Delta State rightly said yesterday, “he worked for the good of the Urhobo people.” Under his driving spirit and chairmanship, UHS published several diverse books – books which tell the true story of his people – they went beyond the achievements of kings and rulers but also the achievements of ordinary people who have risen to make a difference in the lives of their communities.

Some of the books he edited, besides Warri City, include Studies in Urhobo Culture, History of the Urhobo People of Niger Delta, Olomu and Development of Urhoboland, and T.E.A. Salubi: Witness to British Colonial Rule in Urhoboland and Nigeria. Dr. Salubi achieved fame and greatness through sheer hand work. He was awarded an honorary doctorate degree by the University of Ibadan. All the books are prefaced and suffused with Professor Ekeh’s intellectual and analytical rigour and are helping to deepen the breadth and depth of knowledge of Urhobo history and culture.

He also accompanied these publications with a website, Urhobo waado.org, perhaps one of the largest of its type, entirely devoted to a peoples’ culture and history. In 2007, UHS published a Calendar, the first of its type, featuring several Urhobo men and women of significance. Through UHS he networked with other Urhobo social groups, all to the good of the Urhobo people. Even much earlier, he was involved in the larger cause of the Delta people. Professor Ekeh was involved in high profile political agitations for the creation of Delta State in the 1980’s and indeed authored “The Case for the Creation of Delta State,” for the movement.

Peter Ekeh was a decent man. He was a good man. Even with all the intellect, he was simple, humble, down to earth, and full of laughter. His life embraced all the attributes that are dear to the Urhobo people: service to family, friendship, society, and hard work. It is little wonder that he was mourned locally, nationally and internationally. As the cannons boomed yesterday for his final farewell at Imodje, Orogun, it is perhaps apt to look at the book of Wisdom which said, ‘’The virtuous man, though he dies before his time, will find rest.” Good night Prof.

Ishaka is a member of THISDAY Editorial Board