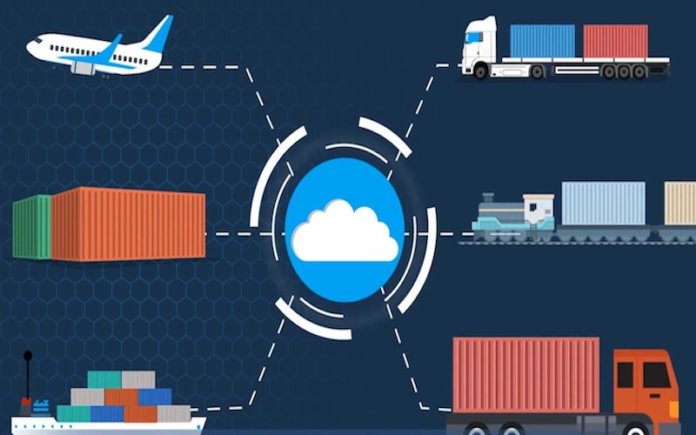 Over the years Nigeria has been bedeviled by insecurity and the problem has become worse in the last five years.
The situation seems to have defied all effort by the federal government to check the menace. Apart from banditry and kidnaping for ransom, piracy in the nation’s waters is at an all-time high.

Also, the country has been besieged by the outbreak of violence and conflicts, which have claimed thousands of lives and property.
For instance, Boko Haram has, in the last decade, killed over 25,000 people in North-East of Nigeria. The group has sustained its attacks on the nation, brutally killing thousands of people including soldiers, women and children. All these armed activities continue unabated, partly because of unchecked arms proliferation in the country.

Although the extremist groups also use locally made arms, their most sophisticated arms are usually imported, concealed and smuggled into the country via seaports and porous land borders. It is estimated that 70 per cent of over 10 million illegal weapons in circulation in West Africa are in Nigeria.

The ceaseless tragic developments have given the impression that the nation’s security intelligence has either failed or is heavily compromised. This, therefore, calls for new approaches to taming the monsters already casting blight on the unity and future of the nation. To security experts, the precarious condition of the nation now, demands that technology be deployed.

FG takes action
Meanwhile, in a bid to curb the proliferation of arms and increase in banditry across the nation, President MuhammaduBuhari has directed the Nigerian Shippers’ Council (NSC) to reintroduce Cargo Tracking Notes (CTN).
Buhari, who has been shopping for ideas to beef up security in the country, is convinced that CTN could play a crucial role in enabling the nation address the growing spate of banditry, kidnappings and restiveness fueled by easy access to guns.

CTN or Electronic Cargo Tracking Note(ECTN), is a system for collecting documents and processing information, when exporting by sea in order to obtain prior information, to participate in security measures, statistics, and generally in order to participate in the World Trade Organization (WTO) and the World Customs Organisation (WCO) recommendations on trade facilitation and security. In Customs operations, activities of under declaration, false declaration, which leads to loss of revenue, would also be curtailed with the reintroduction of CTN at the ports.

Although the Nigeria Customs Service (NCS) has made giant strides in recent years in terms of revenue collection, CTN also represents a new development to eliminate loopholes in port operations, as cases of false declaration and under declaration will become history.
While efforts to get the data on false declaration and under declaration from top Customs Area Commands like Tin Can Island Port and Apapa Port were futile as at press time, THISDAY findings showed that the need for 100 per cent physical examination and numerous interceptions by different Customs units, is a result of non-compliance by freight agents and importers. This, however, would be reduced with CTN in place and the Service could channel its efforts to more productive aspects of trade facilitation, revenue generation and anti-smuggling.

In 2017, 2,671 pump-action rifles were intercepted at Nigerian seaports. The guns were legally registered for export in Turkey as pump-action rifles for hunting but the manifests were changed in Morocco to become steel doors to enable the container gain entry into Nigeria. With CTN, however, Nigeria would have been able to see the original manifests from Turkey and intercept the guns before the consignments arrived in Nigeria.

As a result, maritime experts have over the year called on government to introduce the system alleging that the nation’s ports currently witnesses more corruption than ever before.
Responding to experts’ concerns, the Comptroller-General of NCS, Col Hammed Ali (Rtd) had threatened to jail and sack officers found to be involved in fraudulent practices in December 2020.

Also, with CTN, the NCS will be under less criticism on valuation, interception of cargoes already released by its officers at the ports, even as the service could reach new revenue feats.
Some analysts posit that it was surprising that despite surpassing its targets, the Customs seized goods, which Duty Paid Value (DPV) was put at close to N100 billion in 2020, another misnomer which could be addressed with CTN.

While most seaports across the country as well as the Federal Operations Unit (FOU) are littered with hundreds of billions of goods seized and detained, experts say the current port system has failed adding that a new approach with CTN should be a welcomed development.Although CTN has had two stints at Nigerian ports previously, under the administration of Nigerian Ports Authority (NPA) and later NSC, Nigeria would have to prequalify the possible companies via a bidding process.

He added: “It is a security document and it will help the country check proliferation of firearms. The question now is if the CTN could do so much for the country, including security and economic benefits, who are those who do not want it in Nigeria? Is their opposition genuine or just for the ills in the system to continue?”

Stakeholders’ view
Speaking on the development, the new Assistant Inspector General, (AIG) Marine Command, Muhammad Uba Kura, said the CTN has the potential of addressing issues on criminal activities in the nation’s ports.
Kura, said this when the management team of the NSC paid him a courtesy visit in Lagos.

According to the AIG, CTN is capable of curbing activities of those whose intention was to commit criminal act in many ways.
The Director of Consumer Affairs Department, NSC, CajetanAgu, who led the management staff, congratulated the AIG on his appointment.
He explained that the purpose of the visit was to enlighten him about NSC’s activities as port economic regulator, and highlighted the Council’s roles in ensuring the Ease of Doing Business in the maritime industry.

Agu listed such roles to include freight forwarders rate negotiation, recovering monies from imposed charges and enforcement, amongst others, and urged Kura to visit the ES/CEO at NSC Headquarters to further cement the relationship between the Council and the maritime police.

Responding, Kura assured NSC of the full support of the Nigerian Police Force, adding that the Police was positioned to fight and reduce to the barest minimum, the activities of criminals who make the mistake of operating anywhere within the coverage area of the Marine Command.
He also assured of the Police continuous support and cooperation with the NSC at all times.

On his part, maritime lawyer, technocrat and Director of Education and Research in the Council for the Regulation of Freight Forwarding in Nigeria (CRFFN), Mr. Alban Igwe said CTN remains the best answer to issues of anomalies and security challenges in the country.

Igwe explained that CTN would improve the security and safety of supply chain,“as it will profile cargoes being imported into the country. It will help us know the origin and destination of cargoes and help us know our enemies. Our enemies may be far away and stockpiling, with the CTN we are able to fish out these anomalies.”

He added, “One of the problems that CTN will address is a situation in which importers under-invoice their goods from the suppliers at the point of purchases to pay less duties. Similarly, CTN will check the trend in which manifests are not tampered with by ships for the purpose of cheating.”