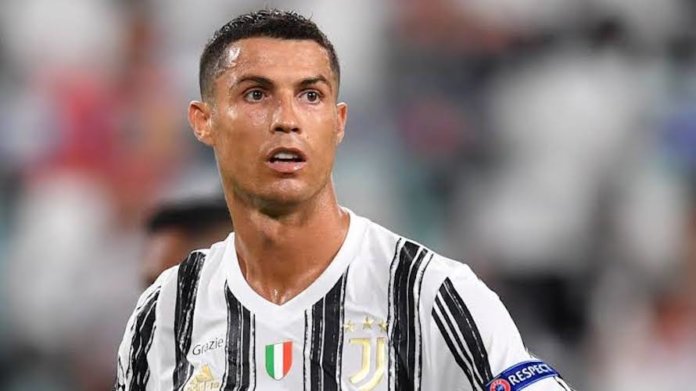 Real Madrid could reunite their all-conquering front three of Cristiano Ronaldo, Gareth Bale and Karim Benzema next season, a prospect that has thrilled the Spanish press.

Ronaldo faces an uncertain future at Juventus, where they have crashed out of the Champions League in the last-16 stage and are languishing 10 points adrift of Serie A leaders Inter Milan.

Reports in both Italy and Spain recently have suggested an offer in the region of £25million would bring Juventus to the table for talks.

Bale, meanwhile, is on loan at Tottenham but on Tuesday, speaking while on international duty with Wales, he surprisingly underlined his desire to return to Spain at the end of the season.

It means, according to Spanish publication AS yesterday, that Bale and Ronaldo could once again join forces with centre-forward Karim Benzema, who has been in strong form for Real this season, scoring 23 goals in 32 games in all competitions at the age of 33.

AS hailed the prospect with a headline that screamed: ‘Back to the future!’

Bale, Benzema and Cristiano (known as the BBC) spearheaded Real’s European charge under Zinedine Zidane, where they won the Champions League three years in a row from 2016 until 2018.

Ronaldo departed Real after that final Champions League triumph to take on Italian football but it is believed now that Juventus are willing to listen to offers for the 36-year-old Portugal star.

And, according to Marca, Ronaldo is open to the prospect of returning to Spain. Scrutiny has been intensifying over his level of performance, with Italian cult hero Antonio Cassano issuing a scathing assessment of what he brings to the Juventus side.

‘If you have chosen the path of (playing a certain type of) football, Ronaldo is not good,’ Cassano, also a former Real Madrid striker, said on Christian Vieri’s Twitch channel Bobo TV. ‘He is someone you have to give the ball to and he scores, thinking about his records. Ronaldo is not what he was four years ago.

‘Juventus got rid of a coach (Massimiliano Allegri) who, in the last 20 or 30 years, has produced the best football in Italy and his big problem was one: Cristiano Ronaldo. It was for (Maurizio) Sarri and it is for Pirlo.

‘Juve already got burned last year, because Sarri was unable to find the right chemistry with him and some other players and what do you do? You take another coach who would like to play football and you still have Cristiano Ronaldo as a blocker for that.’

Ronaldo’s old team-mate Bale had fallen out of favour at Madrid in Zidane’s second tenure at the club and was more or less unused before rejoining Tottenham on a loan deal for the 2020-21 campaign, with the French boss making it clear that he wanted Bale sold.

But on Tuesday, the 31-year-old Welshman dropped a bombshell by explaining his plans to go back to his parent club and see out the final year of his mega-money contract worth around £600,000 per week.

‘The main reason I came to Spurs this year was that I wanted to play football first and foremost, but going into Euro 2020 I wanted to be match fit,’ Bale said.

‘The original plan was only to do a season at Spurs and then after the Euros I still have a year left at Real Madrid. My plan is obviously to go back and that’s as far as I’ve planned.

‘I always think when things aren’t going too well at your club it’s nice to get away,’ Bale added. ‘Especially mentally, it can definitely be a benefit to get away from the club environment.

‘The thing we have to do now is focus on these couple games for Wales, which are very important for us. We forget club life and concentrate on this.’

Madrid have also been linked with an array of other elite attacking talent across Europe, such as Harry Kane, Erling Haaland and Kylian Mbappe.

But the Covid-19 pandemic has hit Real and fierce rivals Barcelona harder in the pocket that most of the other major teams across the continent and a big-money move for those three seem out of reach. They’d certainly need Bale’s wages off the books, as well as a firesale of a number of other fringe players to raise funds.

So a bid in the region of £25m for Ronaldo certainly seems more viable. And if Bale is defiant on seeing out next season at Madrid, Zidane may be forced to make use of him.

With the hope being that fans can return to stadiums in the 2021-22 campaign, Real supporters could be back in the renovated Santiago Bernabeu seeing one of the club’s most legendary attacking forces back together for one last swansong.