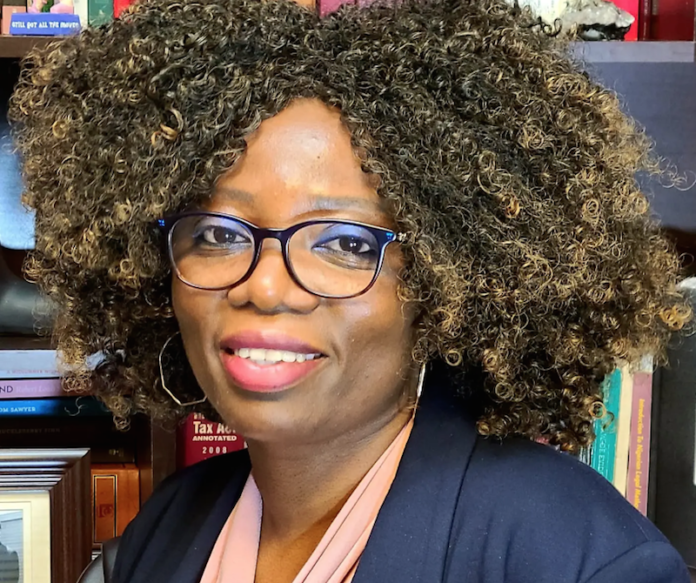 Foluke Oyedeji-Laosebikan, has been elevated to Queen’s Counsel in Saskatchewan, Canada.

Foluke Oyedeji-Laosebikan is the proprietor of FLK Law Firm in Melfort, and presently the President of Law Society of Saskatchewan, Canada.

In a statement, the Minister of Justice and Attorney- General for Saskatchewan, Gordon Wyant said: “I am pleased to recognise Dr. Laosebikan for her commitment to the legal community, and her dedication as the President of the Law Society of Saskatchewan. She is well-deserving of the Queen’s Counsel designation”.

Individuals must live in Saskatchewan, Canada and must have practiced law for at least 10 years in the superior courts of any province or territory of Canada, the United Kingdom or Ireland.

Laosebikan started practicing in Canada in 2011. She finished her secondary school from Moremi High School, Obafemi Awolowo University, Ile-Ife in Nigeria. She obtained LLB, LLM and PhD degrees in Nigeria and South African universities. She was also a Professor for a period of time in South Africa, prior to moving to Melfort in 2004.

Responding to her achievements, Laosebikan said “I hope to be able to contribute to moving the Law Society of Saskatchewan forward, and continue to make sure everyone has access to justice these coming years, as well as to always be innovative, listening and adapting so that the work that we do is relevant and practical”.